Top German museums which received looted artworks from the ‘monuments men’ of the US army at the end of WW2 actually sold them on to the families of leading Nazis.

The monuments men - played by George Clooney and Matt Damon in the movie of the same name - handed over treasures they found to leading cultural institutions believing they would be reunited with their rightful owners.

Now it has come to light that the Bavarian State Painting Collection incorporated the best works into its museums and - in collusion with leading ministries in the state of Bavaria - sold the rest onto the families of Nazi bigwigs. 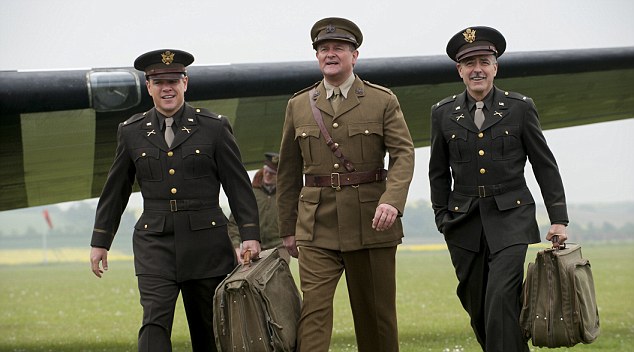 Top German museums which received looted artworks from the ‘monuments men’ of the US (pictured, the movie with Matt Damon, left) army at the end of WW2 actually sold them on to the families of leading Nazis

The Süddeutsche newspaper in Munich reported in its weekend edition that Bavarian museums went on selling looted artworks to raise cash right up until the Nineties.

Between 1961 and 1998 at least 500 works which should have been reunited with the families of the original owners were sold on, according to the paper which cited recently documents from the London Commission for Looted Art in Europe.

‘The claims of Nazi families were studiously dealt with in a far different way than the demands of the dispossessed owners,’ said the Süddeutsche.

She was allowed to purchase a painting from the Bavarian collections in 1963 which originally belonged to a Jewish family from Vienna.

The painting, by Dutch Baroque artist Jan van der Heyden, was sold on by her for a handsome profit and it hangs in the Xanten Cathedral in Germany.

Altogether the Hoffmann family got back a total of 28 works of Carl Spitzweg, Carl sheets, Wilhelm Leibl and Franz von Stuck without any problems. Schirach, who was sentenced at the Nuremberg War Crimes trials to a 20 year jail term, was once governor of Vienna and responsible for organizing the deportation of Jews to the concentration camps.

To this day the Bavarian authorities remain deeply secretive about the provenance of its collections: not even academics and scientists - let alone victims of Nazi looting - are allowed unlimited access to their archives. Even the London-based commission ‘asked concrete questions and was blocked,’ according to the Süddeutsche. 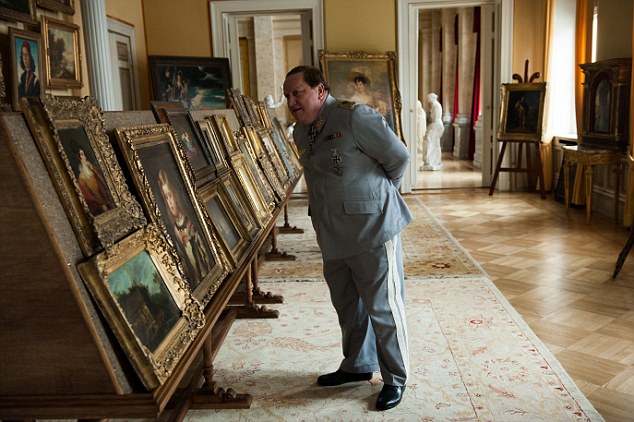 Now it has come to light that the Bavarian State Painting Collection incorporated the best works into its museums and - in collusion with the state - sold the rest onto the families of Nazi bigwigs.

The paper said it was allowed to sift through some files only to find ‘begging letters’ from old Nazis. They included correspondence from Emmy and Edda Göring, wife and daughter of former Reich Marshal and deputy Fuehrer Hermann Göring who was sentenced to death at Nuremberg.

As the Americans withdrew from Germany, the so-called Monuments Men left 10,600 works with the Bavarian State Government with the clear mandate to try to return them to the people they were stolen from.

‘But the museums and public authorities divided the treasure among themselves divided,’ according to the report. One rare Canaletto copy from Hitler’s private collection ended up of the German Parliamentary Association premises in Bonn.

‘Many works had been auctioned off. Others had been repurchased by descendants of the Nazis,’ added the newspaper.

According to the report, there are currently approximately 3500 artworks in the museums of the Bavarian State Painting Collection whose provenance is murky. The authority remains under pressure from America and Jewish groups to purge its collections of looted art and return them to the families of the original owners.