Dame Helen testifies in US over looted Nazi art 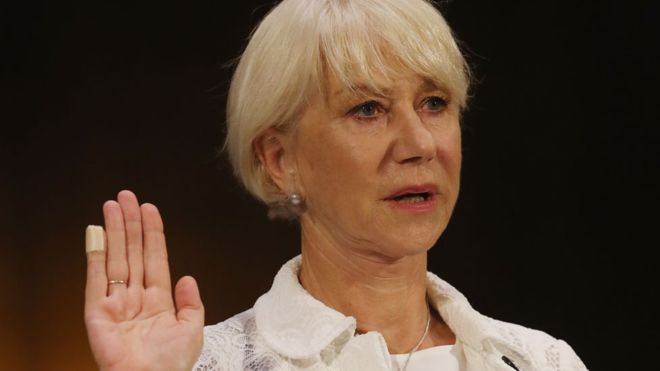 Actress Dame Helen Mirren has testified for US politicians about the slow pace of restitution of looted Jewish art.

She recently portrayed the struggle of a Jewish woman, Maria Altmann, to reclaim a painting by Klimt confiscated by the Nazis in the film Woman in Gold.

The Oscar-winning star spoke to a Senate judiciary subcommittee hearing on the Holocaust Expropriated Art Recovery (Hear) Act on Tuesday.

"The right thing to do is to return the art to its rightful owners," she said. 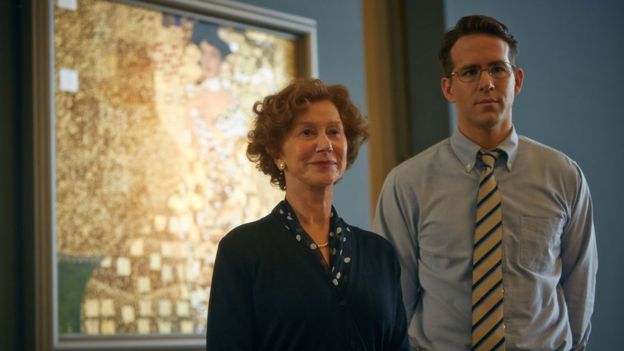 The subcommittee held the hearing to examine a bill to "provide the victims of Holocaust-era persecution and their heirs a fair opportunity to recover works of art confiscated or misappropriated by the Nazis".

Dame Helen told the Senate: "When the Jewish people were dispossessed of their art, they lost heritage. Memories were taken along with the art and to have no memories is like having no family. And that is why art restitution is so imperative."

The Nazis seized the possessions of Mrs Altmann's wealthy Jewish family soon after they came to power in Austria in 1938. Portrayed by Dame Helen in 2015, she died in 2011, aged 94, having been awarded £11m in compensation for the theft.

Having reclaimed Gustav Klimt's 1907 portrait of Adele Bloch-Bauer I, known as The Lady in Gold, she sold it to the Neue Galerie in New York for £73m - on the condition it was always on display.

Dame Helen said that 70 years after World War Two, it was "a terribly sad fact that victims of the Holocaust and their families are still contemplating whether to seek restitution for what was stolen from them and lost under the most horrible of circumstances".

She said the lives of "so many people" could be "rejuvenated through the actions and the leadership of the US Congress to ensure that fair and equitable solutions in these cases are assured".

"But a lack of transparency, a lack of access to information concerning the location of stolen art and a lack of a legal assurance that at least they can have their say in court - this discourages them from taking action," she added.

"The very act of Nazi expropriation was not only unjust but it was unconscionably inhumane. We are incapable of changing the past but fortunately we have the ability to make change today."

Dame Helen ended her testimony by thanking the Senate for "your leadership and your efforts to address these issues in these modest reforms contained in the Hear Act".

"By ensuring that at least here, in the United States, access to justice and the courts will be ensured".