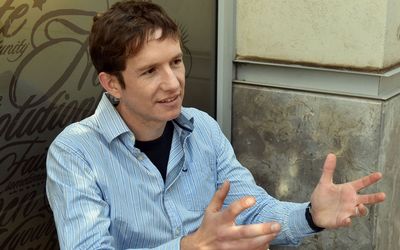 SOME of the things that happen in SA just melt your brain, says journalist and author Charles Cilliers. He’s talking about how the apartheid-era government worked with the Israeli government, and its national intelligence agency, Mossad, but he might as well be speaking of the book he’s just written.

Degas’ Dust tells the story of Cillier’s co-author, businessman Carnie Matisonn, and his successful quest to find and claim artworks stolen from his family by Nazi soldiers in the Second World War.

To do this Matisonn, who grew up in Johannesburg, entered an apartheid-era sanctions-busting pact with Mossad, travelled to Portugal to meet a former Nazi soldier, and inadvertently smuggled the soldier’s son into SA. The Nazi officer’s son later left a package containing the lost artworks on a Cape Town beach for Matisonn. It’s a fascinating story that increasingly reads as a well-planned thriller, to the extent that one begins to wonder whether it’s all true.

Cilliers chuckles. "It’s difficult when truth is stranger than fiction," he says. "I verified everything I could. The paintings are very, very much a real thing. They have been analysed by various experts. Carnie believes they are authentic. Some say they are, some not."

Cilliers came across Matisonn’s story in 2011 when he interviewed the lawyer-turned-businessman-turned-pilot for an article he wrote for FHM. Preparing for that, he whipped through The Final Cut, a book Matisonn had written and self-published about his paintings quest.

"It was enormously frustrating," says Cilliers of that book. "He didn’t tell his story, and I felt I wanted to understand the person and what he went through. How did he come to know about the paintings, but also how do you go from poor kid on a plot to lawyer, owner of a supper theatre in Hillbrow, someone able to collect art? And, of course, the sanctions-busting with Mossad."

When one of his colleagues asked him the same question, Cilliers decided to make Matisonn an offer — to rewrite the book with him. Matisonn said yes, if Cilliers could find a publisher. He did. 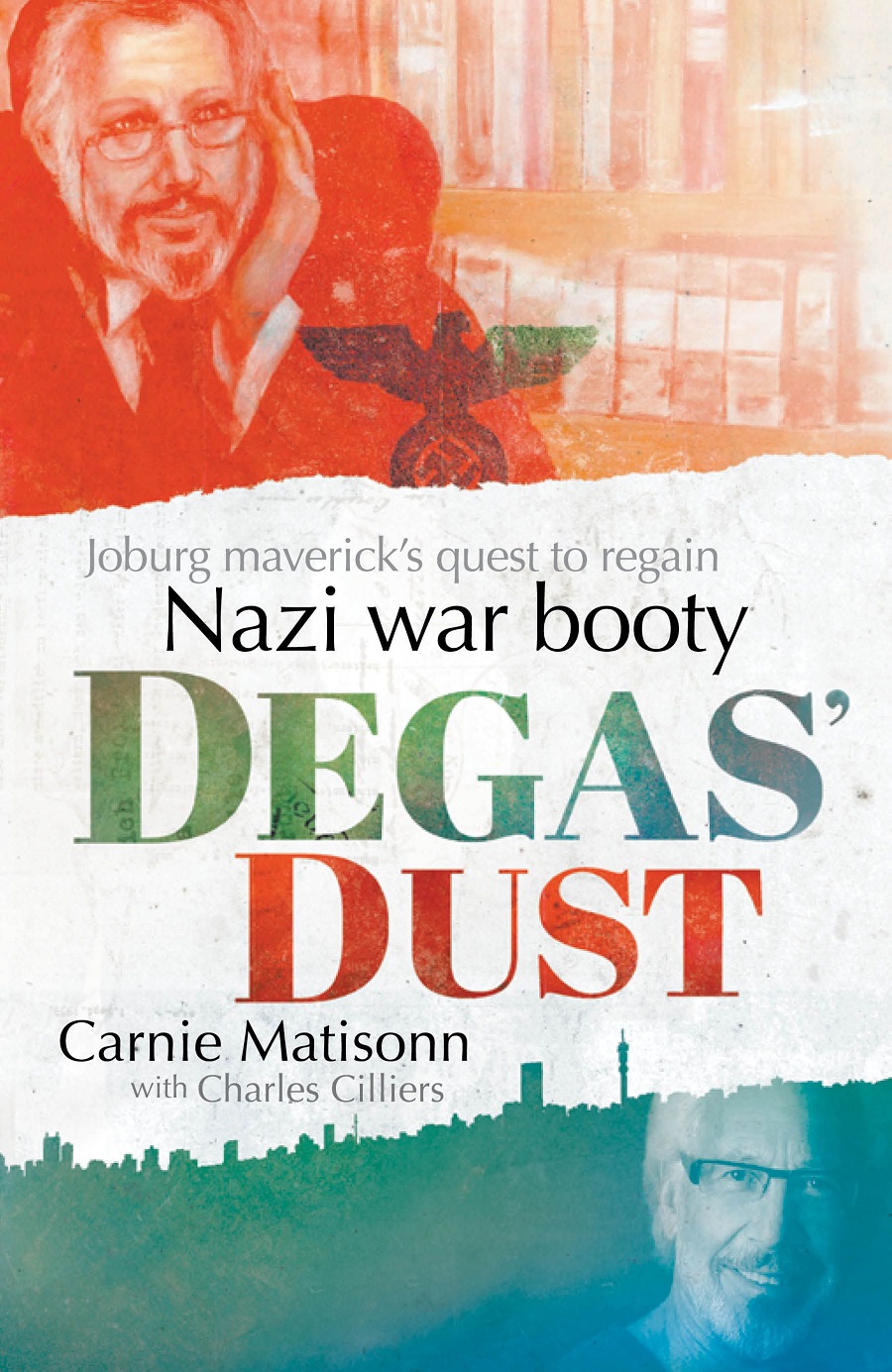 That, then, explains why Degas’ Dust is part paintings quest, part biography. Matisonn’s story is definitely compelling, but the book is thick, and full also of details about Matisonn’s life. It is certainly a rollicking rags to riches story. Matisonn grew up "on the wrong side of the tracks", with parents who were incapable of affection, bought a wooden caravan when he was 13, and lived there, running an electricity cable from the main house. He worked to put a brother and himself through university, renting a stretcher in a Pretoria pantry, and never lost hope that he would find the stolen art. He is owner of the Midrand Conference Centre and Villa Tuscana Wedding Village, among other business ventures. Many of the vignettes from this life are highly entertaining, but those on a paintings quest of their own might find themselves skipping pages.

THE search for the paintings all begins with a letter, read and re-read by Matisonn’s father, Nate Matisonn, at the kitchen table, increasingly accompanied by a bottle. Matisonn read the letter, and other papers his father kept, and found mention of a grand uncle, and of several famous artists — French impressionists Edgar Degas and Auguste Renoir, Russian-French modernist Marc Chagall, and French post-impressionist Paul Gauguin among them. He got Nate Matisonn to tell him as much as he knew of grand uncle Karnielsohn’s relationship with these men, especially Degas, who reportedly made a portrait of Karnielsohn.

Later this portrait and other artworks were taken by the Nazis, and Karnielsohn was killed in a concentration camp. The art was, apparently, lost to the family, but the package Matisonn found years later on a Cape Town beach contained the portrait by Degas, a sketch believed to be by Renoir, and works believed to be by Chagall, Gauguin and others.

Matisson’s big "break" arrived when he found an anonymous note that had not been posted in his postbox that explained that the Matisonn family’s private art collection was to be found in bank security stores in Munich and Berne.

Matisson says he still doesn’t know why he said yes to working with the apartheid-era government, and also Mossad, but doing so put him in touch with a man named "Moshe", who eventually put him in touch with a Otto Weiss, a former Nazi officer. Weiss offered Mossad information on the US’s Project Paperclip that brought more than 1,500 German scientists, engineers, and technicians to the US from Nazi Germany and other countries for employment in the aftermath of the Second World War, and Matisonn information on the missing art.

This, says Cilliers, is part of the story Matisonn did not tell in his self-published book. "He told me he felt people wouldn’t find it interesting, but the one couldn’t have happened without the other," he says. He means that without Matisonn’s growing expertise as a businessman, which bought him the opportunity to learn how to fly, he would not have ended up working with Mossad, or meeting Weiss. These events led directly to the return of the art.

"Over and over again (Matisson) says that he believes that once you decide to do things, people and opportunities come to you," Cilliers says. "That has happened to him all his life. I think people can relate to that."

The whole thing, from the poor boy childhood to the return of the paintings would make a thrilling film. It’s almost a pity Simon Curtis’s Woman in Gold, in which British actress Helen Mirren plays Maria Altman, a Jewish refugee in the US who took on the Austrian government, fighting in courts for almost a decade to reclaim Gustav Klimt’s iconic painting of her aunt, Portrait of Adele Bloch-Bauer I, has already been made. "It’s a great movie," says Cilliers, "but this is different." It certainly is.