German Art Rejected by Nazis Is Embraced in Israel 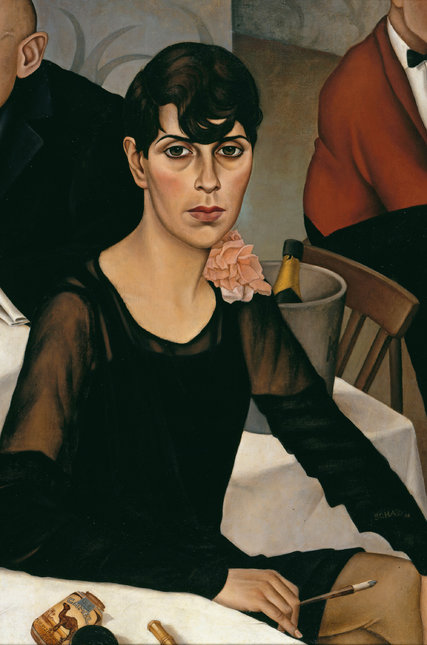 “Sonja,” 1928, by Christian Schad, is the first work in “Twilight Over Berlin,” an exhibition at the Israel Museum based on a historic 1937 show in Munich of art derided as “degenerate” by the Nazis. Credit 2016 Christian Schad Stiftung Aschaffenburg / ARS, New York / VG Bild-Kunst, Bonn

JERUSALEM — The 50 paintings in “Twilight Over Berlin: Masterworks from the Nationalgalerie, 1905-45,” many of them labeled degenerate by the Nazis, have become a cause célèbre since the show opened at the Israel Museum here in October.

Extended through June 7 because of high demand, “Twilight Over Berlin” carries with it a sense of homecoming, even though most of the paintings had until now never left Germany.

The exhibition is a meandering and harrowing collection of several styles of art that flourished in Germany in the decades before the war: German Expressionism, New Objectivity, Dadaism and Bauhaus, most prominently.

Taking up several rooms of this sprawling hilltop museum, “Twilight Over Berlin” chronicles how Nazism chipped away at the creativity and reputation of dozens of artists who hit career highs in the waning years of the Weimar Republic.

These works, which had never left the Berlin museum — many of which were painted by Jewish artists and others who came to Germany and fled to other countries during and after the Nazi era — have become a revelation for both the throngs of viewers and for those who mounted the exhibition.

Israelis “are very thirsty for the expression of a time that is so critical to our history,” said Adina Kamien-Kazhdan, the exhibition’s curator. “They know what happened to our people, they know the history, and now they’re able to see how these avant-garde artists commented on those living through that era.”

What that means for viewers — and for Ms. Kamien-Kazhdan and her colleagues — is a visual and emotional journey to an era long depicted in movies, archival footage and history books, but rarely through such a collection of works that represent so many artistic styles. 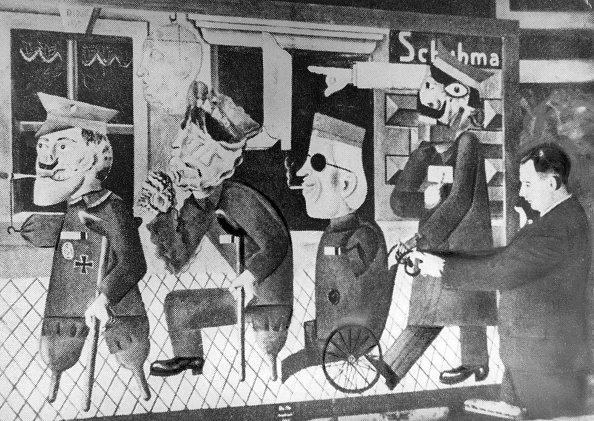 “War Cripples” by Otto Dix was part of the Degenerate Art Exhibition in Munich on which “Twilight in Berlin” is based. In this photo, taken at the Munich show, an unidentified man inspects the work. Credit Ullstein Bild, via Getty Images

The 50 pieces were available as the Nationalgalerie undergoes an extensive renovation, and “Twilight Over Berlin” evolved as a collaborative effort to mark the 50th anniversary of the Israel Museum and of diplomatic relations between Israel and Germany.

“There have been a lot of requests to the Nationalgalerie over the years to consider allowing these iconic works to leave, but we felt it was ideally timed for these two important anniversaries,” said Udo Kittelmann, director of the Nationalgalerie. “It’s the very first time that such a collection of important German art has gone to Israel. It was also important to allow them to stay in Israel for quite a long time, as this exhibition is doing.”

The legacy of such a popular show, Ms. Kamien-Kazhdan said, is that it includes artists unknown to many viewers, which humanizes the experience since it’s not just about celebrity artists. Whereas there are many recognizable names — such as Max Beckmann, George Grosz and Emile Nolde — there are lesser-known but equally important names who challenged the artistic status quo in 1930s Germany: Curt Querner, Paula Modersohn-Becker, Karl Schmidt-Rottluff. They provide a fresh interpretation of a well-documented piece of history.

“You see the trauma of World War I and World War II and the connection between them, but it’s more palatable than just seeing photographs. It’s something you can deal with more emotionally,” Ms. Kamien-Kazhdan said. “We distance ourselves from those difficult images we’ve seen dozens of times and become immune to it. But this is about resensitizing us.”

“Twilight Over Berlin” mostly displays art from the Degenerate Art Exhibition in Munich in 1937, which attracted three million visitors. The artworks were maligned for not depicting the “Aryan values” and artistic realism that the Nazis coveted. Many of the artists ultimately fled the country for America, Israel and other countries. “The artwork was shown in a demonizing way. Intellectual, Socialist, Bolshevik, Jewish — it was all lumped into the same category,” Ms. Kamien-Kazhdan said. “At the same time, the Nazis staged the Great German Art Exhibition, which showed muscular men emphasizing military power as opposed to the fallen soldier.”

This mixture of styles was evident on a recent tour of the exhibition on a rare snowy day in Jerusalem. Ms. Kamien-Kazhdan highlighted a few paintings, focusing on the raw beauty of many works that offer a dark perspective on a country in turmoil between two wars.

The opening painting in the exhibition is Christian Schad’s “Sonja” from 1928, a staid portrait of a woman in a cafe. Beneath its placid surface lies the beginning of what would become degenerate art in the eyes of the Nazis.

“Schad shows the new woman of the roaring ’20s in a cafe in Berlin smoking Camel cigarettes with her androgynous haircut,” Ms. Kamien-Kazhdan said. “The men are cut out, probably emphasizing the changing role of women who were part of the workforce because of World War I.”

Something as simple as this was labeled as degenerate almost as much for what it doesn’t show as for what it does. And many of the artists were not rebellious against the rise of Nazism or politically motivated in their art.

“Only six out of 112 out of artists in the Degenerate Art Show in 1937 were Jewish. It’s not even being a Jew that is the issue. Degenerate artists lost their jobs in the academies and couldn’t teach. They were persecuted people,” Ms. Kamien-Kazhdan said. “For example, Emil Nolde was a member of the Nazi party, but that didn’t even exonerate him. It didn’t help to even engage in the ideology if you were engaging in this kind of avant-garde art.”

But beyond the shifting depiction of women that the Nazis found so offensive, many of the prewar artists were merely depicting the brutal aftermath of World War I. “This show portrays some of the most powerful anti-military works of the 20th century,” Ms. Kamien-Kazhdan said.

One of the best examples of that is Otto Dix’s “The Skat Players” from 1920 — similar in theme to “War Cripples,” a work by Dix that was in the 1937 Munich exhibition — which offers a disturbing peek into a simple card game between three hideously disfigured World War I veterans. “Their bodies are so destroyed that Dix said their three bodies don’t add up to one whole human,” she said, pointing out their various injuries and deformities.

The exhibition’s final chapter features the Bauhaus artists who fused industrial design with art. More than 20 of them fled to the British Mandate of Palestine during the war, and other names from the Bauhaus movement shaped the modern world, Klee and Kandinsky among them, as well as lesser-known names.

“The majority of these artists are well known, but many aren’t,” Ms. Kamien-Kazhdan said. ”

Visitors to the exhibition seem to share that sentiment.

“I’ve lived in Israel for 46 years and have never seen anything this comprehensive about such a rich and difficult piece of history,” said Diane Spitz, a resident of Jerusalem. “It makes dramatically clear that insane politics can influence art and gives us an understanding as to how this led to such a great tragedy.”