Art stolen from prince by Nazis turns up in Italian home

Three fifteenth-century paintings which were stolen from the Prince of Luxembourg's Tuscan villa by Nazi forces in 1944 have been found in Italy. 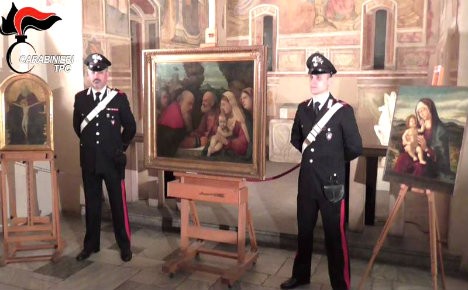 The paintings were smuggled out of Prince Felix of Bourbon-Parma's plush villa in Camaiore, a city within Lucca province, and subsequently taken to Dornsburg castle in north-eastern Bolzano, where the head of the SS in Italy, General Karl Wolff, had set up his headquarters.

Felix, the son of the deposed Duke of Parma, married Luxembourg's monarch, the Grand Duchess Charlotte in 1919.

During the war, Allied soldiers even raided the castle, filled with stolen art, in order to recapture some of the works - events which formed the basis for George Clooney's 2014 film 'Monuments Men'.

The prince's stolen paintings were never found, with the Italian state compensating him in 1945 for the value of the stolen pieces after he filed a post-war damages claim against the government. 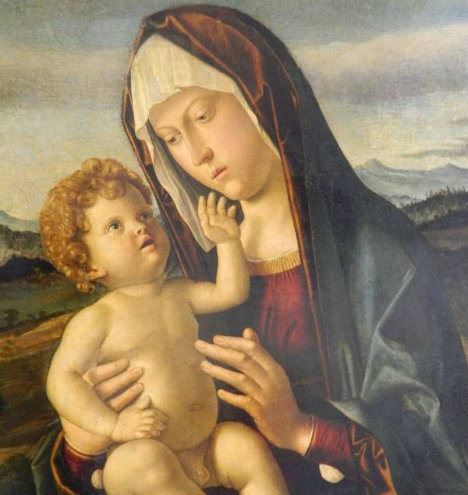 The stolen picture of the Madonna and child, by Gianni Battista Cima. Photo: Caribinieri

But in December 2014, the first of the three paintings - a portrait of the Madonna and child by Renaissance painter Gianni Battista Cima - was found by police in the Monza home of a Milan-based family.

The painting, found among the family's collection during a routine investigation into art documentation, was said to have been inherited from a deceased art-dealing relative, but it is not known how the painting come into the relative's possession.

The paintings were seized by police and have now been entrusted to the Brera Art Gallery in Milan, where they were presented to the press on Monday.