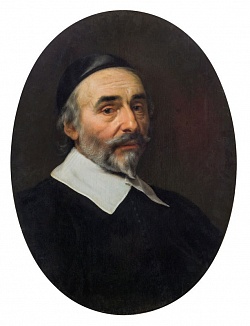 Portrait of a Man (1647) by Bartholomeus van der Helst featured in the Im Kinsky catalogue with an estimated price of between €12,000 and €18,000. It was among several hundred works looted in 1943 from the Schloss family, whose magnificent collection of Flemish and Dutch Old Masters was coveted both by Adolf Hitler and Hermann Göring.

“I received a letter from the French Culture Ministry requesting me to postpone the sale to allow time to reach a fair and just solution with the Schloss heirs,” says Ernst Ploil, Im Kinsky’s managing director. “I decided to withdraw the painting from the auction.”

The portrait was earmarked for Hitler’s planned Führermuseum in Linz, and then stolen from an Allied art collecting point after World War II. Ploil, also a lawyer who handles restitution cases, says the consignor acquired the painting in 2004 and had not known it was looted before bringing it to Im Kinsky. Once the auction house had identified it as Nazi-loot, Ploil tried to reach an agreement with the Schloss heirs, he says. The auction catalogue made clear that the painting was disputed.

“For me this is partly about showing up the differences in the law across Europe,” Ploil says. “In Austria, if you are a good-faith buyer, you immediately acquire good title to an artwork.”