The legislation, sponsored by presidential hopeful Ted Cruz among others, comes as the race for the US election heats up 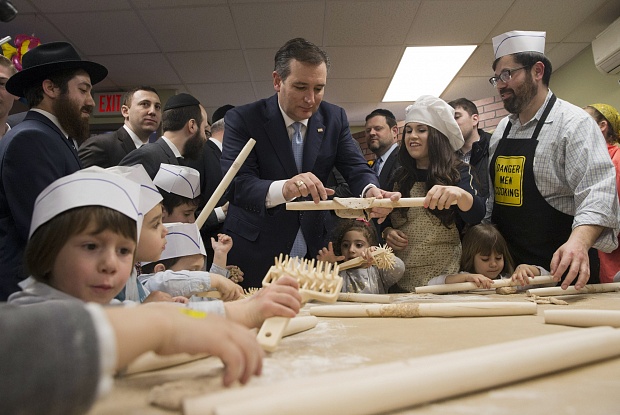 A bill to eliminate any legal hurdles for the heirs of Holocaust victims to claim works of art looted by the Nazis was introduced into Congress on 7 April. The legislation is sponsored by Texas Republican Senators John Cornyn and Ted Cruz, as well as Democratic New York Senator Chuck Schumer and Connecticut Senator Richard Blumenthal. The bipartisan bill comes as Cruz ramps up his campaign to win the Republican candidacy for this year’s presidential election, with the last State primaries due to take place over the next two months, starting with New York on 19 April.

The Holocaust Expropriated Art Recovery (HEAR) Act would insure that claims to Nazi-confiscated art are not unfairly barred by statutes of limitations and other similar legal procedures but are resolved on their merits. The bill describes how over the past 70 years, many victims of Holocaust-era persecution and their heirs have taken legal action to recover Nazi-looted art. “These lawsuits face significant procedural obstacles partly due to State statutes of limitations, which typically bar claims within some limited number of years from either the date of the loss or the date that the claim should have been discovered. In some cases, this means that the claims expired before World War II even ended.”

The US Constitution prohibits States from making exceptions to their statutes of limitations, which has caused legal roadblocks for heirs in places such as California and New York, where many claims have been heard on works of art that were taken by the Nazis by are now in the possession of new private owners, foreign collections and even US museums. In 2009, a California law that extended the State’s statute of limitations for claims seeking the recovery of Holocaust-era art was invalidated by the US Court of Appeals for the Ninth Circuit on the grounds that it infringed on the Federal Government’s exclusive authority over foreign affairs, which includes the resolution of war-related disputes.

The HEAR Act would permit those seeking the return of Nazi-looted art to bring a legal action at any time within six years of identifying and locating the cultural property.

Senator Schumer noted that more than 70 years since the end of the Second World War and the destruction of the Nazi regime, “victims are still identifying possessions that have been missing all these years. When a family discovers a piece of art that was stolen by the Nazis, they deserve their day in court. This legislation helps provide these families their day in court, ensuring that the heirs of holocaust victims are given the opportunity to bring their art back home.”