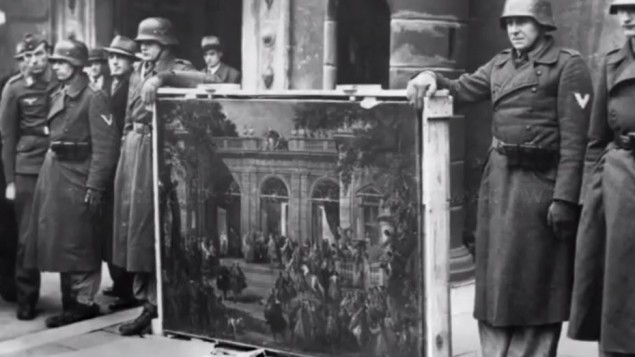 A Vienna auction house has canceled the planned sale of a 17th century Dutch Master painting after France complained the work had been stolen by the Nazis, its co-manager said Monday.

“We pulled the sale following a request from the French culture ministry, which pointed out to us that the work was subject to a suit from the Schloss collection,” Ernst Ploil of the auction house Im Kinsky told AFP.

“Portrait of a Man” by Bartholomeus van der Helst, which had been due to go under the hammer on Tuesday, was part of a major art collection amassed by Adolphe Schloss, who was Jewish and died in Paris in 1910.

In 1943 as the Nazis ransacked occupied Europe and looted its art collections, they helped themselves to 333 of the works. “Portrait of a Man” was one of 167 from the Schloss collection, and many others, that vanished after 1945.

According to Ploil, the small oil painting of an unsmiling, apparently middle-aged man thought to be worth up to 30,000 euros ($34,300), was acquired in 2004 by its current owner “in good faith.”

Antoine Comte, a French lawyer representing Schloss’s descendants, said it is essential that the artwork be returned to its “legitimate owners” forthwith.

“It is impossible to have ‘good will’ for a painting bought in 2004 that features in every database of stolen assets, as well as in the Interpol register,” Compte told AFP.

He said the French culture ministry wanted to take “a path of mediation” and “negotiate with the painting’s current owner.”