WASHINGTON – U.S. Senators John Cornyn (R-TX) and Ted Cruz (R-TX), along with Senators Chuck Schumer (D-NY) and Richard Blumenthal (D-CT), today introduced the Holocaust Expropriated Art Recovery Act to help facilitate the return of artwork stolen by Nazis during the Holocaust to their rightful owners or heirs. The Holocaust Expropriated Art Recovery Act would ensure that American law encourages the resolution of claims on Nazi-confiscated art on the merits, in a fair and just manner. Doing so is consistent with long-standing U.S. foreign policy, as demonstrated in the 1998 Washington Conference Principles on Nazi-Confiscated Art and the 2009 Terezin Declaration. 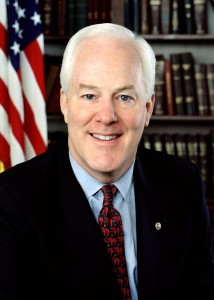 “While nothing can right the wrongs of the Holocaust, ensuring that victims and their families have the opportunity to recover art confiscated by the Nazis is one modest way to help provide closure for those who endured this dark period in history,” Sen. Cornyn said.

“The phrase ‘never forget’ is more than a slogan,” Sen. Cruz said. “‘Never forget’ means working to right all the terrible injustices of the Holocaust, even if many decades have passed. The HEAR Act will empower the victims of this horrific persecution, and help ensure that our legal system does everything it can to redress the widespread looting of cultural property by the Third Reich as part of its genocidal campaign against the Jewish people and other groups.

“Moreover, while this legislation is designed to help recover artwork that the Nazis stole during the Holocaust, it reminds us that the need to protect our cultural history in our own time is as urgent as ever,” Sen. Cruz continued. “Terrorist groups from the Taliban to ISIS, seeking nothing less than the destruction of Western civilization, long to walk in the footsteps of their genocidal, thieving forebears. The HEAR Act will make it clear that the United States takes a strong stand against the looting and trafficking of antiquities and other artifacts. I am proud to have worked closely with my colleagues from both sides of the aisle to introduce this bill.”

“71 years after the end of the holocaust and Hitler’s terrifying regime, victims are still identifying possessions that have been missing all these years,” Sen. Schumer said. “When a family discovers a piece of art that was stolen by the Nazis they deserve their day in court. This legislation helps provide these families their day in court, ensuring that the heirs of holocaust victims are given the opportunity to bring their art back home.”

“Decades and generations after the horrors of the Holocaust, this bill may provide some measure of peace to families whose property was stolen by the Nazis,” Sen. Blumenthal said. “It is long past time to return their owners the ill-gotten gains of a long-ago war.”

Background on the Holocaust Expropriated Art Recovery Act - its text is here: