Mossack Fonseca's role in fight over painting stolen by Nazis 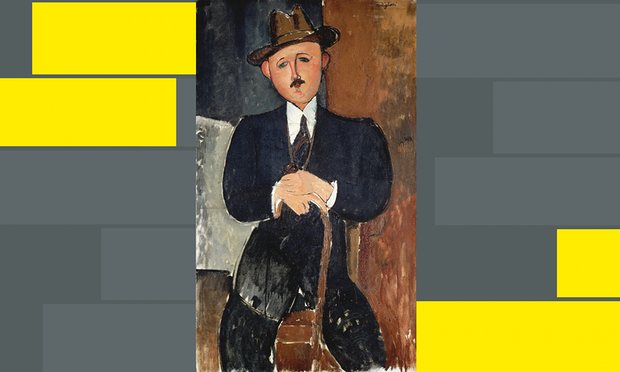 Seated Man With a Cane by Modigliani disappeared after its original owner had to leave it in Paris when he fled the Nazis, descendant says.

Mossack Fonseca helped a New York art gallery defend itself over a claim about a Nazi-looted artwork after the apparent original owner’s descendant launched a legal battle for its return, the Panama Papers reveal.

The case involves a $25m (£18m) Modigliani painting taken from Paris when the Germans marched into the city in 1940 and the role played by Mossack Fonseca, as the family who say it is theirs fought for its return.

The artwork in question is the 1918 Seated Man With a Cane, and the story of its theft and reemergence blends the injustice of treasures taken during the second world war with the smoke and mirrors of 21st-century offshore tax havens.

The descendant claims the painting was owned by Oscar Stettiner, a Jewish gallery owner in Paris who fled weeks before the Nazis entered the city. He managed to get his wife and children to the Dordogne but had to leave his collection behind.

The artwork was seized by the Nazis, and by the time the Stettiners are thought to have started searching for it after the war the painting had vanished.

In 2008, the Modigliani allegedly resurfaced at Sotheby’s in New York. It was consigned to the auctioneers by the Helly Nahmad Gallery – run by the heir of one of the best-known art dealers in the world.

David Nahmad and his brother Ezra had built up an art-dealing dynasty that has made hundreds of millions buying and selling works by some of the world’s greatest artists.

David’s playboy son, Helly Nahmad, spent much of his time on high-stakes poker games before he was jailed in 2014 for running an illegal gambling business from his Trump Tower apartment.

Meanwhile, Stettiner’s only remaining heir, his grandson Philippe Maestracci, was convinced that the Modigliani being put up for auction was his family’s missing painting – and with questions raised about its provenance the artwork failed to sell.

Maestracci then began his quest to reclaim the painting from the Nahmad gallery, which fought his efforts with a surprising argument: the gallery said it had never owned the artwork in the first place.

Instead, it claimed the painting had been bought by the International Art Center SA, a company set up in Panama in 1995, arguing that this meant the gallery could not be sued for the Modigliani’s return in New York.

Now the Panama Papers – a cache of 11.5m documents leaked from the Panamanian law firm Mossack Fonseca – raise new questions about the case.

The files mention dozens of paintings by some of the greatest artists in history.

Among documents referring to works by artists ranging from Claude Monet to Damien Hirst are files showing that at a famous Christie’s auction in the 90s, a deal took place that essentially turned art into a commodity.

According to the documents, an offshore company whose accounts are controlled by the billionaire currency trader Joe Lewis bought all of the most valuable works in advance in a secret deal. On the same day, it contracted to auction them at Christie’s, to be marketed as the Ganz collection. The auction achieved some of the highest prices ever and consolidated Christie’s international reputation. There was nothing illegal about the transaction.

Other documents show court battles over art collections and art being used as collateral on loans. There is no suggestion of any wrongdoing.

In the case of the Modigliani, the papers show that the International Art Center (IAC) was set up by Ezra Nahmad and operated by a law firm in Geneva. Mossack Fonseca records show that half the IAC’s shares were transferred to David Nahmad in 2008; the other half followed in 2014. Maestracci’s lawyers argue the IAC is nothing more than a shell company and that attempting to separate it from the gallery is a figleaf.

However, the Nahmad lawyers have also insisted that because the painting is not in New York and the IAC is based in Panama, the court case should not be allowed to proceed in the US. They also point out that the IAC bought the painting in good faith at an auction.

The new files suggest that Mossack Fonseca worked hard to prove that IAC was based offshore and therefore outside the reach of the New York courts.

Last year, the Nahmad lawyers were struggling to identify who could sign documents on behalf of the IAC, with none of the Nahmads able to do so without tying themselves closer to the Panama company. 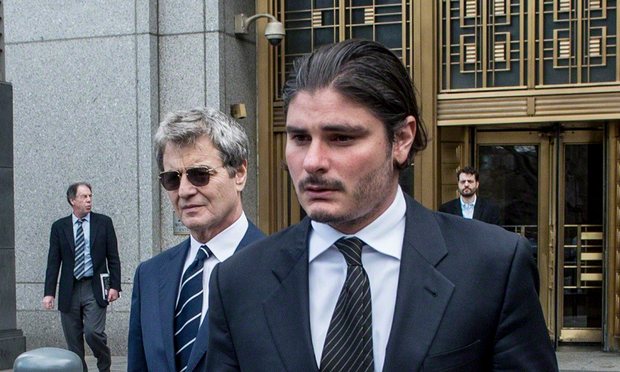 The second lawyer replied that the documents needed to be signed by the company’s directors in Panama.

Eventually, the Panama office supplied a list of directors and officers of the company. For a small fee, the nominee directors were able to sign the documents.

A spokesman for Mossack Fonseca declined to comment over the Nahmad case. He said: “We cannot provide responses to questions that pertain to specific matters, as doing so would be a breach of our policies and legal obligation to maintain client confidentiality.”

After Seated Man failed to sell in 2008, it was sent to IAC’s storage facility in Switzerland, where the tiny company’s collection takes up 15,000 sq ft of a duty-free building next to Geneva airport.

Even the Nahmads appear to recognise the irony in hundreds of paintings sitting unseen in storage. Helly Nahmad’s London-based cousin once said: “It is like a composer making a piece of music and no one listens to it.”