Does My Family Own a Painting Looted by Nazis?

I’ve spent four years researching an artwork that passed through Nazi hands and now hangs in a relative’s home. The more I dig, the more I find murk. 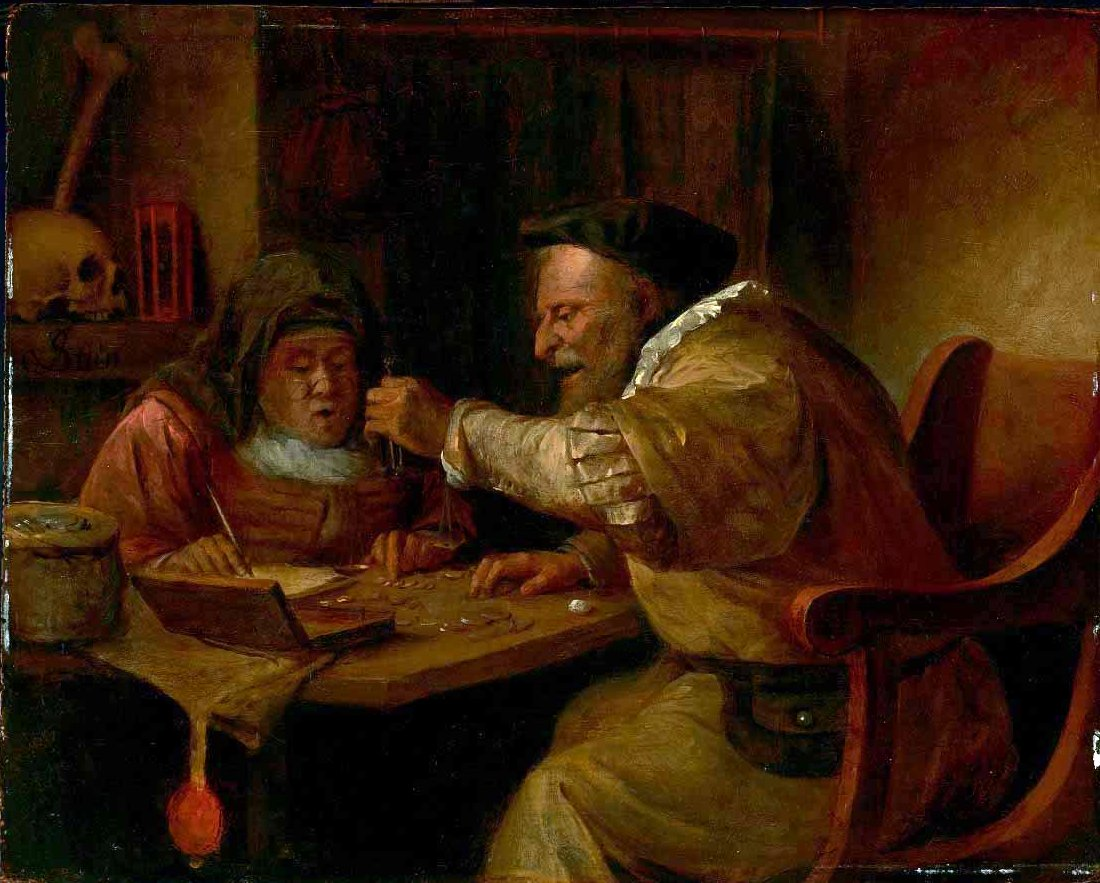 For decades, it hung near the dining room inside a family home: a genre painting by a Dutch old master depicting an old man and his wife weighing and counting their gold coins. Judged a genuine work by Jan Steen and dated to the 1660s, it was once valued at $400,000.

But now, the work is almost impossible to sell — rejected by Sotheby’s, by Christie’s and by a renowned Dutch art dealer who were all put off, not by its authenticity, but its history.

Sometime in the years leading up to World War II, when Jewish art collections in Germany were already being pillaged, it was owned — if that’s the right word — by a Dutch Nazi collaborator and war profiteer, Dirk Menten.

Did he steal it or buy it, and when? Did his brother, Pieter, a war criminal who murdered Jews and plundered their art collections, play a role?

These are the sort of questions the art market does not like. They are also the ones I’ve confronted for four years as I’ve tried to reconstruct the painting’s provenance.

The Nazis were superb record keepers. But not good enough to help me settle whether this work came out of Europe via theft or honest transaction. Instead, it has joined the growing ranks of paintings in provenance limbo. 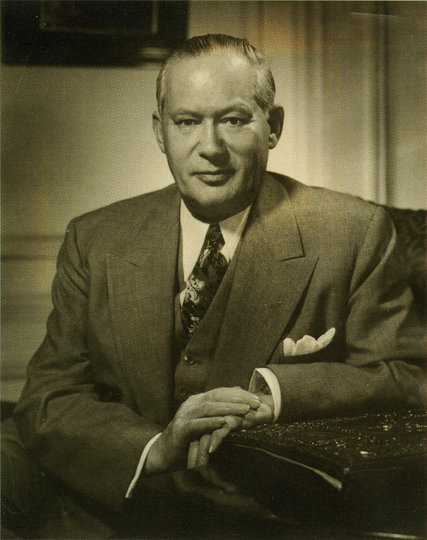 It belonged to my mother-in-law’s companion, Alan H. Posner, who died in 2011. He was Jewish, and he thankfully never knew what I have learned about the artwork that hung in his Manhattan apartment. No matter how many times I tell this story, about monstrous people whose fingerprints are on a painting that my family walked past every day, chills run along my scalp. In my home office, I try not to look at my copies of Menten family correspondence that end in “Heil Hitler!”

I have made countless phone calls and sent hundreds of emails to people scattered from Mexico to Japan, anyone who might know something about the painting. The more I dig, the more I find murk. Maybe buried somewhere out there is Menten’s receipt from a reputable dealer, dated before the Nazis invaded Poland or Belgium, the two countries the painting seems to track back to. Or maybe descendants of some Nazi victims have seen this very panel in photos of their forebears’ home.

Among Holocaust restitution researchers, Menten is known as a “red flag name” that signals “toxic provenance.” There are thousands of objects in this kind of predicament, items that changed hands under unclear circumstances in Nazi-occupied Europe. More are entering this gray area as searchable records — wartime exhibition listings, auction catalogs, archives from dealers, collectors and historians — appear online.

Lynn H. Nicholas, the author of “The Rape of Europa: The Fate of Europe’s Treasures in the Third Reich and the Second World War,” told me she is glad I’m writing this article to illustrate the frustrations of research in the field. Nonexperts often think that art unmoored during wartime can be restituted easily, she said, but the process can be full of dead ends.

Painting titles and attributions changed over time, so it can be hard to compare descriptions of what was stolen with pieces found years later. Allied soldiers and experts who sifted through loot after the war made mistakes or labeled canvases with vague terms like “nude portrait” and “landscape.” And every day, fewer survivors remain who remember their families’ collections. Legitimate heirs become harder to track down.

Anne Webber, a founder and a chairwoman of the Commission for Looted Art in Europe, told me about one of her team’s more daunting assignments: finding heirs for a painting that belonged to a German Jew identified in a Nazi-era auction catalog only by the first letter of his last name. 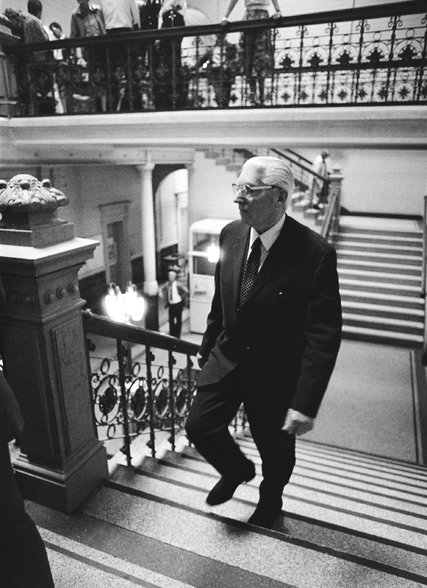 A private collector told me he, too, owns an unsalable canvas. Experts only recently discovered it had been in Hermann Göring’s collection; there is no proof of theft, or of nontheft.

The Steen panel’s problems became clear a few weeks after Alan died. He owned a half-dozen old master works that the parents of his wife, Lillian, had bought before World War II. Her father, Clarence Y. Palitz, was a Russian Jewish immigrant who made a fortune in industrial equipment leasing, among other ventures. He and his wife, Ruth, traveled widely and built an art collection for their Manhattan and Mamaroneck, N.Y., homes with advice from Jewish art historians in Germany.

Alan’s files contained typewritten pages that listed some of the painting’s past owners, including a “D. Menten, Lwow” (part of Poland during the war, it is now Lviv in Ukraine) and a “Dirk Neutens, Brussels.” (Neutens, as the provenance researcher Victoria Sears Goldman pointed out to me, was probably someone’s misreading of a sloppily handwritten version of the word Menten.)

(Full disclosure: I pursued my research pro bono, for the intellectual thrill and as a favor to the family. I own no part of the work and have never had a stake in its potential sale.)

What I have pinned down is that in the 1850s, a German art historian wrote about a small, signed, Steen tableau of an old couple admiring their coins “most eagerly,” on display in the London home of the barrister and writer Edmund Phipps. It hung alongside works by Rubens, Frans Hals, Canaletto, Hogarth and Watteau. In 1859, Mr. Phipps’s widow auctioned his collection, including the Steen.

Then the trail goes cold. It is unclear how or when Menten obtained it. The Palitzes appear to have acquired it sometime after April 25, 1933, when it was authenticated by Max J. Friedländer, a museum director in Berlin. They certainly owned it by 1942, when they lent it to the Walker Art Center in Minneapolis. 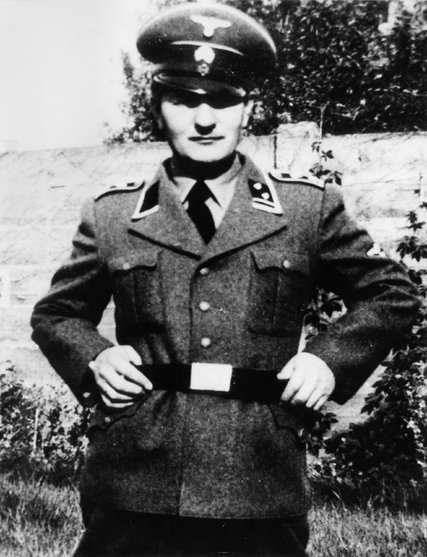 It was not until the 1970s when Pieter Menten sought publicity for an auction of his art collection in Amsterdam that he was unmasked as a war criminal. Credit National Archives/Collection Spaarnestad

Mr. Palitz knew Dirk Menten as an art collector and sent him to Poland in 1933 to scout for art. Joining Mr. Menten on the trip was Julius Held, a respected art historian who had just been forced out of his Berlin job along with most other Jewish intellectuals.

Dr. Held later told an interviewer that Mr. Palitz wanted a scholar along because he “didn’t trust” his Dutch contacts.

(In January 1934, the Palitzes brought Dr. Held to safety in New York. His mentor Dr. Friedländer survived in Amsterdam, his life spared because he advised collector-thieves including Dirk Menten’s brother Pieter.)

In 1933, Pieter Menten was already living full time in Poland, growing rich from businesses including lumber. He and Dirk kept homes full of paintings in Holland, France and Belgium. (They may have obtained art through their cousin Hubert Menten, a collector and dealer in Berlin whose clients included Göring.)

Dirk ran a leather factory in Belgium that ended up supplying belts for Nazi uniforms. (He was convicted of economic collaboration after the war but suffered few consequences.) In Poland, during the war, Pieter stuffed stolen art into his train cars and led Nazi gangs who shot hundreds of villagers and dumped them into mass graves.

After the war, Dirk settled into a villa on the French Riviera, with old master paintings on his walls and views of the sea and mimosa trees. Pieter added an expansive Irish home to his real estate portfolio. Not until the 1970s, when Pieter courted publicity for an auction of his art collection in Amsterdam, was he unmasked as a war criminal. 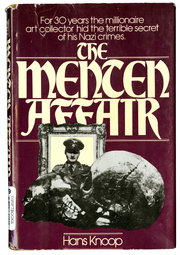 The graves of the villagers were exhumed as evidence for his trial. He testified that eyewitnesses were mistaken; the real killer, he said, was Dirk. But then Dirk testified convincingly to the contrary.

(Hans Knoop, the Dutch journalist who investigated Pieter in the 1970s, and gathered evidence later used at his criminal trial, is now updating his book on the subject, “The Menten Affair.”)

The whereabouts of the many works once possessed by Dirk and Pieter Menten remain something of a mystery, but their names appear in the provenances for paintings shown in numerous databases, books and auction catalogs. Some of the tainted works have ended up in Dutch government custody, posted on the Origins Unknown website. Perry Schrier, the senior researcher for the Origins Unknown Agency, said they are expanding their listings of theft reports, adding documentation and hoping to connect to more heirs.

Still, Victoria Reed, the curator of provenance for the Museum of Fine Arts, Boston, said that for some orphaned works, “We may never be able to put all of the pieces of the puzzle together.”

Evie T. Joselow, an art appraiser in New York, told me not to give up hope for my own puzzle. As new resources surface, she said, “Provenances are not tightly sealed.”

So I keep sending emails to archivists and typing into search engines. Maybe someday I’ll strike scholarly gold. In the meantime, the painting hangs on a wall outside a dining room in a relative’s Midwestern home.

Its theme — people measuring their wealth — is still relevant today and was especially popular in the 17th century as a warning against an obsession with money. In the background, Steen painted an ominous hourglass, femur and skull piled onto a corner shelf.

After my years of research, the painting’s significance has become clearer to me: Its affiliation with the Mentens may have clouded its value but also sharpened its ability to depict greed.