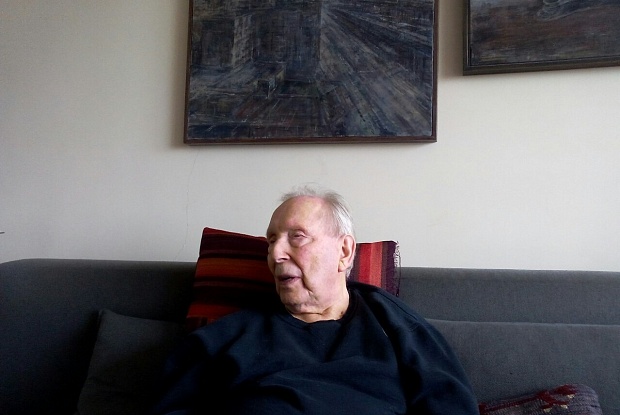 David Toren, the 90-year-old blind son of Holocaust victims, is suing the Berlin auction house Villa Grisebach in the US to track down paintings from his family’s art collection that were sold there in the past 20 years. One of those paintings was consigned by the daughter of Hildebrand Gurlitt, a dealer who worked with the Nazi regime.

Toren is a retired lawyer in New York whose entire family was killed in Poland, during the Second World War. A young David—then named Klaus Günther Tarnowski—escaped with his brother on a Kindertransport to Sweden in August 1939.

In 1940, some 54 works that belonged to Toren’s grandfather, David Friedmann, were seized along with other property by Nazi soldiers and stored in the Silesian Museum in Breslau, now Wroclaw, Poland. In a 1942 letter, the museum’s director offered Gurlitt two works by Max Liebermann, Basket Weavers or Die Korbflechter (1900) and Two Riders at the Sea (1901). Two Riders was among the cache of art found by German police in the dealer’s Munich apartment in 2012. It was eventually returned to Toren and sold at Sotheby’s London last year for £1.9m. 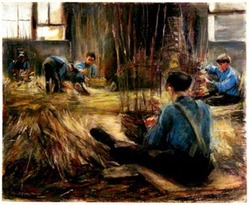 Toren has now filed a petition in NY State Supreme Court requesting that Grisebach name the buyer of Basket Weavers, which was sold at Villa Grisebach in 2000 for more than $70,000. German press reports say that the pastel was bought by an Israeli private collector. Toren’s lawyers also requested the identity of the buyer of Nach Hause, by Franz Skarbina, a painting from his grandfather's collection that sold at Grisebach in 1995.

In a letter to Toren, dated 10 Feburary 2015, Grisebach acknowledged selling the work with Gurlitt in its provenance, noting that the previous ownership was published in museum catalogues and available to the Art Loss Register. “Any further questions regarding Die Korbflechter’s buyer and consignor are subject to our duty of confidentiality,” Micaela Kapitsky a manger of Grisebach, wrote in the letter.

In an email responding to Toren’s recent filing, Kapitzky stressed that “we will continue to work towards a reconciliation of the parties’ interests within the scope of what is permitted under law.”