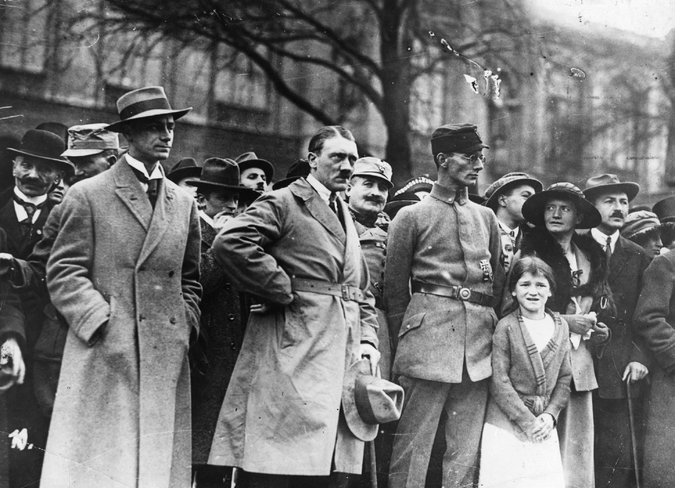 For almost six decades, it was missing, all 400-plus revealing, handwritten pages. The diary of Alfred Rosenberg, a Nazi theorist whose views on race are thought to have helped incite Hitler’s persecution of Jews, vanished after its author was convicted of war crimes and hanged at Nuremberg in 1946.

It would take two men — a former F.B.I. agent who specialized in recovering stolen art and the former chief archivist at the United States Holocaust Memorial Museum in Washington — a dozen years to track down the elusive artifact, one of few known diaries by a member of Hitler’s inner circle.

Working with federal investigators, they found it in 2013, in the offices of a publishing house in upstate New York, a place far more modest than the Bavarian castle atop a hill, Kloster Banz, where it had been first discovered in a vault after the war.

The recovery of the diary, now held by the Holocaust Museum, was announced three years ago. But the story of the hunt for it, of the tip that finally panned out, of the undercover work to track it and the crucial role played by Homeland Security investigators and a federal subpoena, is now being discussed in a new book, “The Devil’s Diary: Alfred Rosenberg and the Stolen Secrets of the Third Reich” (Harper), by the former F.B.I. agent, Robert K. Wittman, and the journalist David Kinney. 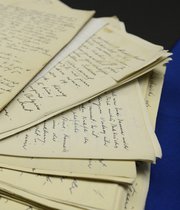 Pages of Alfred Rosenberg’s diary, which went missing after he was hanged for war crimes in 1946. Credit Michael Reynolds/European Pressphoto Agency

“It really was like catching a tiger by the tail, a big one,” Mr. Wittman said in an interview.

The diary starts in 1934 and spans a 10-year period in the life of Rosenberg, who had a sizable influence on Hitler but was less well known than other aides like Heinrich Himmler and Joseph Goebbels, whose diary has also been found. Rosenberg also wrote “The Myth of the Twentieth Century,” a book that espoused Aryan supremacy and anti-Semitic beliefs and was second in sales only to Hitler’s book, “Mein Kampf,” during the Nazi period. Rosenberg, who was close in age to Hitler, also edited a Nazi newspaper and oversaw the widespread theft of art by the Nazis and the brutal occupation of the Soviet Union.

The diary has been published, in German, by the Holocaust Museum and a typed transcript, also in German, has been posted online by the museum, which said it hoped that it would be analyzed further by historians and other scholars. In the diary, Rosenberg recalls his conversations with Hitler. He recounts how he convinced Hitler that the Bolshevik Revolution in Russia was connected to a global conspiracy by Jews. For that reason, and others, Rosenberg wrote, Jews were a threat to Germany.

The diary also reveals Rosenberg’s role in the deportation of German, Austrian and Czech Jews, and it shines a light on the infighting and struggles within the upper echelons of the Third Reich to secure Hitler’s favor. 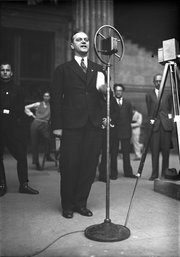 Rosenberg spreading the Nazi philosophy to the German people in 1933. Credit Georg Pahl/Bundesarchiv

“What led us to believe this was potentially of extreme historical importance,” said Henry Mayer, the archivist who tracked the diary with Mr. Wittman, “is the rarity of having a diary from someone of Rosenberg’s stature in the Nazi hierarchy and his close association with Hitler and his positions as looter in chief and murderer in chief and possibly a witness to the actual order from Hitler authorizing the Final Solution.”

Mr. Wittman noted, though, that while the diary documents the evolution of attitudes that would lead to the Holocaust, it does not detail the specific plan for it.

“There is no place in the diary where we have Rosenberg or Hitler saying that the Jews should be exterminated,” he said. “All it said was ‘move them out of Europe.’”

The diary is considered federal property, but investigators say Robert Kempner, a Nuremberg prosecutor, held onto it after the tribunal concluded. After Mr. Kempner’s death in 1993, his heirs turned over his papers to the Holocaust Museum but, still, the diary was not among them.

After years of false leads, Mr. Mayer, who lost relatives in the Holocaust, said that in 2012 he finally called again on Mr. Wittman, now retired from the F.B.I. and an art security consultant, to see if he might make one last push to find it. Mr. Wittman pursued a tip that had come to Mr. Mayer from the sister of Mr. Kempner’s onetime secretary and mistress. The sister said she had overheard her sibling tell a German reporter that the diary had been given for safekeeping to a religious studies scholar, Herbert Richardson, who ran a publishing house in Lewiston, N.Y., about a 20-minute drive from Niagara Falls. 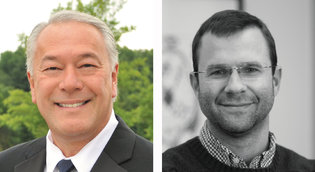 Mr. Wittman said he went to the area, scouted around and felt he had good reason to believe that Mr. Richardson might have the diary. He called in Homeland Security investigators who traveled to see Mr. Richardson in February 2013.

“He agreed to be interviewed, but he was not helpful,” said David Hall, a former federal prosecutor who was involved in the case. According to Homeland Security case reports, Mr. Richardson said he did not know where such a diary was. The investigators told him that possessing it was a potential crime and presented him with a grand jury subpoena for the diary, according to court records.

“And we suggested that he get a lawyer,” Mr. Hall said.

In an interview, a lawyer for Mr. Richardson, Vincent Doyle III of Buffalo, said that his client had not realized the diary was among a bunch of papers inside boxes that he had that were related to Mr. Kempner. Mr. Richardson found it, Mr. Doyle said, in a taped bag from a German store that was inside a box.

“Mr. Richardson is a publisher and scholar and if he knew that he had it, he probably would have published it,” Mr. Doyle said.

The diary and some other papers were turned over to federal officials in April 2013.

Mr. Mayer said he could still remember the relief he felt after such a “tough slog” to find it.

“I kept telling myself, ‘Don’t let the bastards win,’” he recalled. “I felt a great deal of satisfaction. It was my white whale.”