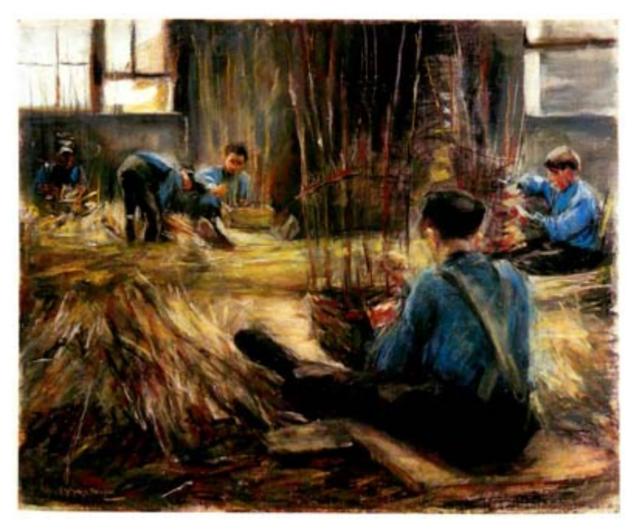 A blind elderly lawyer who lost his entire family to the Nazis is asking the state courts for help in retrieving two paintings worth an estimated $5 million that they swiped from his great uncle's home around 1940.

David Toren says his great uncle, industrialist David Friedmann, had 54 pieces of museum quality art in his Breslau mansion. They were seized as part of a larger Nazi program to strip Jews of their wealth and to finance the war effort.

Toren, 90, said he discovered only recently that Cornelius Gurlitt, the son of Hitler's favorite art dealer, had secretly owned three of his family's paintings for decades.

Their existence came to light after German authorities raided Gurlitt's apartment in Munich in 2013 and found a $1.3 billion art collection that he had been selling piecemeal when he needed money.

Toren sued to get one painting returned, Max Liebermann's Two Riders on the Beach. Now he wants to know who bought two others, Liebermann's Basket Weavers and Franz Skarbiner's Nach House.

Both were sold through a Berlin based dealer, Villa Grisebach Auctions Inc., which has a midtown Manhattan branch. Basket Weavers was sold in 2000 and Nach House in 1995. Court papers say Grisebach has refused to identify the buyers, citing the need to maintain client confidentiality.

Toren wants the courts to order Grisebach to open its books on those two transactions.