Books belonging to former SS leader Heinrich Himmler were recently recovered in a warehouse outside Prague. 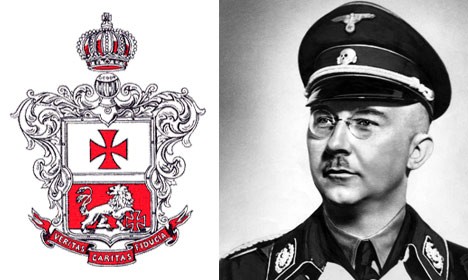 Among the finds where thousands of Norwegian Masonic books that the Germans took from Oslo during the war.
“I was personally involved in identifying some of the books. Many of them belonged to the central Norwegian Order of Freemasons library in Oslo,” Bjørn Helge Horrisland, a Norwegian Freemason historian, told VG.
Himmler ordered a branch of the SS to carry out a massive survey of witch-hunt trial records in Europe. His SS troops combed 260 libraries and archives to find traces of the witch trials of the Middle Ages. According to academics, Himmler was on a mission to prove that the prosecution of witches was tantamount to an attempt by the Roman Catholic Church to wipe out the German race.
World War 2 historical centre Stiftelsen Arkivet, along with the National Library of the Czech Republic, was scheduled to hold a conference on Wednesday in Kristiansand about the Nazi confiscation of literature during the ward. Horrisland will present the findings of Himmler’s stash of witchcraft books.
“In all likelihood, many of these books were part of Himmler’s so-called ‘witch library’. The books were found in a large warehouse belonging to the National Library of the Czech Republic. The collection has been left untouched since the 1950s,” he said.