Heirs of Felix Mendelssohn will not recoup a Pablo Picasso painting sold under duress by the composer's family during the Nazi era. A Supreme Court decision on Tuesday upheld a lower court ruling that stated the German state of Bavaria was entitled to sovereign immunity in ownership of the artwork even though it was sold in the U.S. 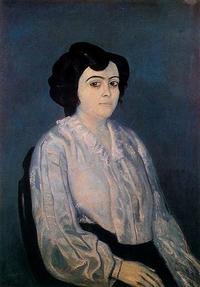 Picasso's "Madame Soler," valued at about $100 million, was sold in 1934 under the Nazi regime by Berlin banker Paul von Mendelssohn-Bartholdy to German art dealer Justin Thannhauser, who later moved to New York.

Thannhauser sold the work to Bavarian officials in 1965. It now hangs in the Neue Pinakothek, a Munich museum.