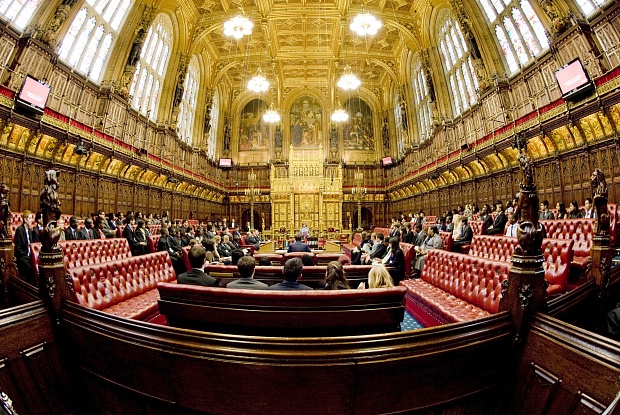 Members of the House of Lords and leading cultural heritage experts are again calling on the government to ratify the Hague Convention seven months after it agreed to sign the international agreement. If parliament swiftly ratifies the treaty’s two protocols before any of the other five permanent members of the UN Security Council, the UK will also be in a position to set up a headquarters in London for the Blue Shield, the cultural equivalent of the Red Cross.

During a debate in the House of Lords on 14 January, Baroness Andrews said there was a “growing sense of urgency” to sign the convention following “grotesque failures in Iraq” and “the increasing barbarity in Syria”. She added: “The events of the past six months have, I believe, changed the game.”

There are signs the government is moving in this direction. It committed to a £30m cultural protection fund earlier this month and a new team of Monuments Men and Women is currently being introduced to the 77th Brigade—a condition of the UK signing up. “The general sense is that the government will finally ratify the convention some time this year,” says Nick Trench, the Earl of Clancarty.

Consultation on how the protection fund should be spent will last until 19 February, although the £3m Iraqi Emergency Heritage Management Project run by the British Museum has already made a dent. Funding comes from the Department for Culture, Media and Sport.

Peter Stone, the first Unesco chair in cultural property protection and peace at Newcastle University, says the main problem is how to co-ordinate the international efforts of the military, police, customs and heritage specialists. Establishing a central office for the Blue Shield, an international committee formed in 1996 to protect the world’s cultural heritage from wars and natural disasters, would help solve this problem, he says.

Stone, who is the elected chairman of the Blue Shield, estimates the headquarters would cost £12m to set up and staff with around four employees “with credibility in the heritage sector but also in the military, police and customs”. Crucially, the headquarters would also provide a means of safeguarding cultural property into the future. Newcastle University has already offered to host the Blue Shield in its London offices, according to Stone.

However, during the Lords debate on 14 January, Baroness Neville-Rolfe said the government was committed to ratification, but gave no timetable. “There’s a track record of failure [to sign], but at the moment there’s a commitment in the corridor that they are actually going to do it,” Stone says, noting that the continued destruction of monuments, including Iraq’s oldest Christian monastery, by Daesh (Isil) could tip the balance. Indeed, summing up the debate, Neville-Rolfe concluded: “It could be that Daesh will be the infection which brings about new legislation.”