April
WJC 21 January 2016
World Jewish Congress (WJC) President Ronald S. Lauder will give a keynote speech on the issue of Nazi-looted art and flight goods at the lecture hall of the Kunsthaus Zürich, in Switzerland, on Tuesday, 2 February 2016. The event will be hosted by the Swiss Jewish Community Federation (SIG/FSCI), whose president, Herbert Winter, will also address the invited guests. 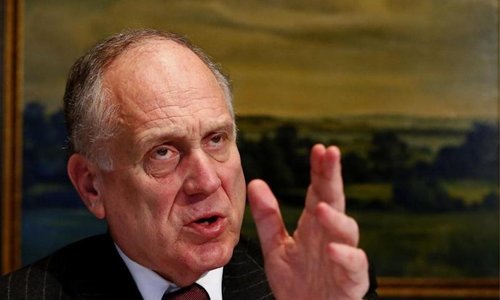 The debate about Nazi-looted art and ‘flight goods’ recently received a new impetus when the late Cornelius Gurlitt bequeathed his art trove, which includes at least some works that were looted by the Nazis, to the Kunstmuseum Bern in Switzerland.

For many years, Ronald S. Lauder has campaigned for looted art works to be returned to their rightful owners and for research to be conducted in public museums to establish that the provenance of art works is beyond any doubt. He was one of the driving forces behind the 1998 Washington Declaration, which requires public museums and institutions to actively check the provenance of their holdings and to seek fair and just agreements with the owners or their heirs of any works looted by the Nazis.

He has been an outspoken advocate for justice for the victims of the Nazi art theft and successfully pressed governments and museums to address this issue.

Ronald S. Lauder will deliver his speech in English; simultaneous translation into German will be provided.