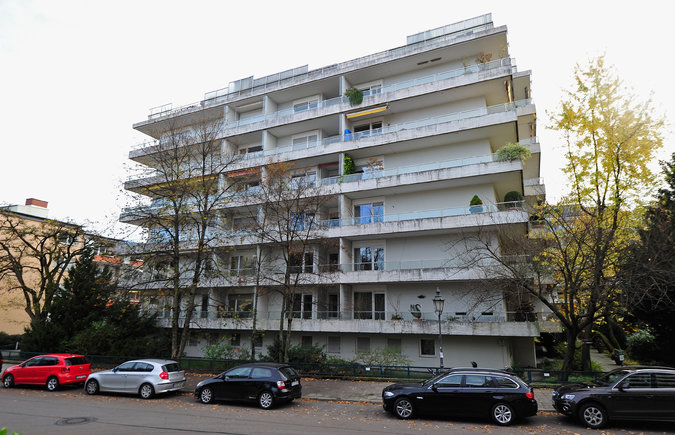 The apartment building in Munich where Cornelius Gurlitt lived, shown in 2013

BERLIN — After a two-year, nearly $2 million investigation, a German government task force set up to determine ownership of an art collection amassed by a Nazi-era dealer announced Thursday that it had identified the rightful owners of just five of the works whose provenance was in doubt.

The drawings and paintings were confiscated in 2012 from a Munich apartment owned by Cornelius Gurlitt — whose father, Hildebrand Gurlitt, had collected them — as part of a tax evasion investigation. The authorities kept the find a secret until November 2013, when it was revealed by a German newsmagazine.

Of the more than 1,200 works in the collection, the task force identified 276 pieces that were either created by members of the Gurlitt family or were made after 1945. An additional 231 works were found to have belonged to German museums when they were removed by the Nazis as part of the “Degenerate Art” operation.

The task force was able to clearly identify ownership of only five of the remaining works of art, prompting criticism from Jewish groups, among others, about the pace and intensity of the effort. 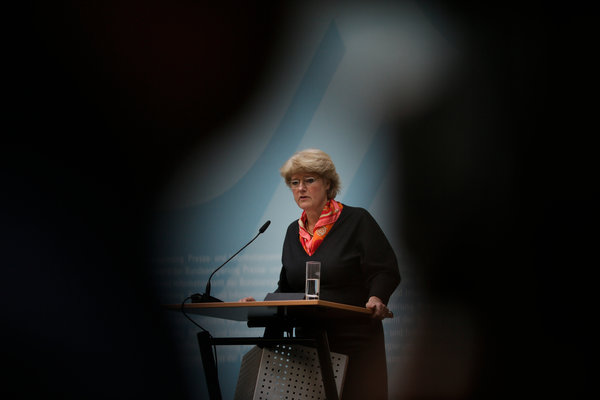 German officials defended the results at a news conference here on Thursday at the end of the task force’s two-year mission, saying that important research had been conducted, and that the task force’s success should not be measured in the number of returned works.

Monika Grütters, the culture minister, conceded that the work of the task force had not been completed as swiftly as initially hoped, and that the results were not those many had expected.

“The results are much better than this number indicates,” Ms. Grütters said, adding that it was important to determine which works had been legally obtained.

She praised the task force’s international cooperation as singular in provenance research, as well as the involvement of both art and general historians, as well as legal experts.

“One lesson we have learned will stay with us, namely that speed and thoroughness are not both possible in provenance research,” Ms. Grütters said.

Excluding the five works deemed worthy of restitution to the heirs of their Jewish owners, almost 500 require further research. That task will be carried out by a new agency, the German Lost Art Foundation. An additional 186 works that were found at a second home Mr. Gurlitt owned, in Salzburg, Austria, will also be scrutinized.

Ingeborg Berggreen-Merkel, the director of the task force, said the international team — with members from Austria, France, Hungary, Israel, Poland and the United States — encountered issues of language and distance. The two-year project, funded by the federal government and the state of Bavaria, of which Munich is the capital, cost more than 1.8 million euros, or about $1.96 million. It involved establishing an initial catalog of the works and delving into their ownership histories through the task force.

“A lot of energy and public funds were put into the research,” Ms. Berggreen-Merkel said. “But it is not just about the artworks, it is about the fates of the people and family that stand behind these works.”

Jewish groups lamented a lack of transparency linked to Germany’s laws protecting individual privacy, and the use of German in many official documents, despite the international nature of the project. An English translation of the 40-page final report is expected to be made available in several weeks.

“The task force could have progressed much more had its leadership managed the process properly,” Ronald S. Lauder, the president of the World Jewish Congress, said in a statement. “We are concerned that the framework for further research at the German Lost Art Foundation remains totally unclear.”

The report made public on Thursday did not detail what steps the new agency might take, or whether it would change its methods to speed up the process. Ms. Berggreen-Merkel told a German parliamentary committee last month, before the handoff to the new agency, that there would be “many works whose provenance will not be able to be definitively determined.”

Gregory Schneider, the executive director of the Jewish Claims Conference, which appointed two researchers to the task force, said Thursday that he was also disappointed by the results, but pledged to work closely with the new foundation “to ensure success.”

“There is still a chance to get this right, and we’re sure that Germany will do so going forward,” Mr. Schneider said.

Cornelius Gurlitt died in May 2014 at age 81, and left the collection to the Kunstmuseum Bern in Switzerland. But after a cousin came forward to dispute his will, the fate of the collection became uncertain once again.

Among the works whose histories have been traced, four have been restored to the families of their original owners. They include an oil painting by Max Liebermann, “Two Riders on a Beach,” that sold for $2.9 million at auction, and a portrait by Matisse, “Femme Assise,” or “Seated Woman/Woman Sitting in an Armchair,” that was given to the descendants of Paul Rosenberg. Other restored works include a Pissarro and a drawing by Carl Spitzweg.

The fifth work, a drawing by Adolph von Menzel, was determined to have been looted, but it has not yet been returned.

One work that will no longer be under scrutiny is a watercolor originally attributed to Chagall and found among the collection in Salzburg. Last year, the Comité Marc Chagall, which authenticates the artist’s works, determined that it was a fake.