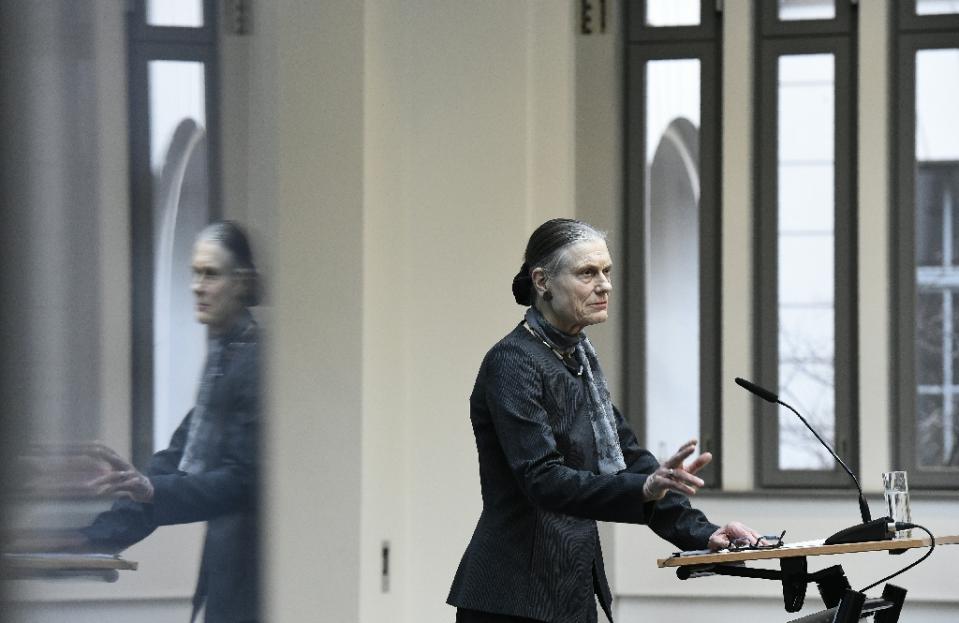 The head of the Gurlitt task force, Ingeborg Berggreen-Merkel, speaks during a press conference in Berlin on January 14, 2016

Berlin (AFP) - A German task force investigating the provenance of a spectacular Nazi-era art hoard of hundreds of works said Thursday that only five had been proved to be looted thus far, and defended its slow progress.

The government-appointed panel presented its report on the 500 pieces of suspect origin among the more than 1,200 artworks in the secret collection discovered in Cornelius Gurlitt's cluttered Munich apartment four years ago.

But the 14-member task force, which wrapped up its investigation in late December, said that only one percent could be shown without doubt to have been stolen from Jewish families under the Third Reich or sold under duress.

Task force chairwoman Ingeborg Berggreen-Merkel told reporters that a new project team would continue digging through records to find rightful owners, adding that they had received 200 queries and concrete claims for restitution.

"It remains a duty that we owe to the victims of crimes during the Nazi period," she said, as she handed over a hard drive with her report to German culture minister Monika Gruetters.

Gruetters hit back at criticism that Germany had been far too slow and opaque in coming to terms with this chapter of its Nazi past, saying the task force had an obligation to be thorough and respect existing laws.

She said the chaotic conditions under which the works had been found and strict rules governing personal data had posed further hurdles.

"I can understand the impatience of the heirs and their families," she said, speaking of a "dilemma" between "scientific diligence" and the "interests of the victims".

However the head of the World Jewish Congress, Ronald Lauder, blasted the results of the investigation as "meagre and not satisfactory".

He said the framework for the future work on the collection remained hazy, saying he "expected Germany to do better, given that time is running out." 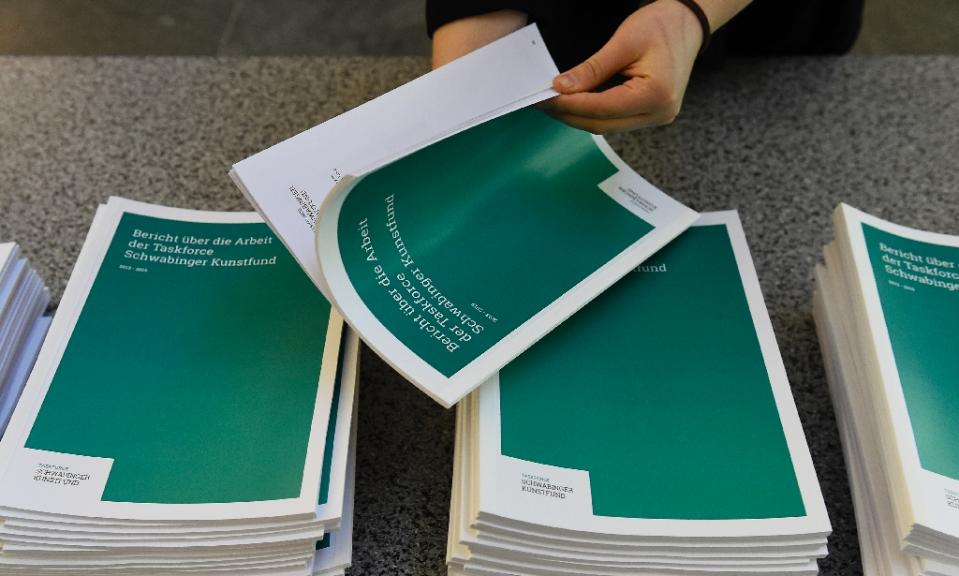 The 14-member international task force was established in 2013 to sort through the remarkable trove hidden for decades by Gurlitt, son of a powerful art dealer during the Third Reich.

It included experts from France, Israel, Austria, Poland, Hungary, the United States and Germany, and victims' groups such as the Jewish Claims Conference.

Gurlitt, described in media reports as an eccentric recluse, hoarded hundreds of paintings, drawings and sketches in his Munich home for decades and another 239 works at a house he owned in Salzburg, Austria.

Although German authorities discovered the collection during a tax probe in 2012, they kept it under wraps for more than a year until it came to light in a magazine article.

The heirs of collectors stripped of their assets by the Nazis, many of whom would later be gassed in the death camps, have complained that restitution has been woefully slow in coming.

Last year, the long-lost Matisse painting "Seated Woman" was returned to the family of the late art dealer Paul Rosenberg.

Another work, Max Liebermann's "Two Riders on a Beach", was given back to heirs of David Friedmann, from whom the Nazis stole the work in 1938, the day after the Kristallnacht pogrom.

It went under the hammer at Sotheby's in London in June for $2.9 million.

The three additional works proved to be looted were by German artists Carl Spitzweg and Adolph Menzel, and Impressionist master Camille Pissarro.

Around 120 works have indications of possible Nazi-looting, with 28 strongly suspected of having been stolen, according to the task force.

Some 350 works have little indication of their provenance.

Gurlitt died in May 2014 aged 81 and named in his will the Museum of Fine Arts in Bern as the sole heir of the works, which include pieces by Cezanne, Beckmann, Holbein, Delacroix and Munch.

A suspected Chagall painting turned out to be a fake.

Gurlitt had struck an agreement with the German government in April 2014 stipulating that any works that were plundered by the Nazis to be returned to their rightful owners and the Bern museum said it would honour that wish.

However a cousin has challenged the will, a fact Berggreen-Merkel admitted had complicated the task force's work.

A ruling by a Munich court is still pending.