A slap in the face for claimants

Following Thursday’s presentation of the interim report of the German task force set up in 2013 to check if art works found at the home of the late Cornelius Gurlitt were looted by the Nazis, World Jewish Congress (WJC) President Ronald S. Lauder said the results of the investigation were “meager and not satisfactory.” 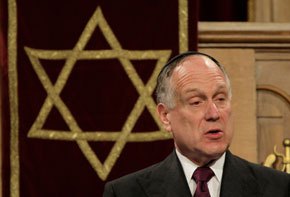 Lauder lamented “the persistent lack of transparency and communication about the work of the task force” and said he “expected Germany to do better, given that time is running out.”

The WJC president declared: “The interim report presented today shows that a lot of work has been done on analyzing the artworks in the Gurlitt trove, but this is about the only positive news. Without any doubt: The work is far from completed.

“The task force could have progressed much more had its leadership managed the process properly. We are concerned that the framework for further research at the German Center for Lost Cultural Goods remains totally unclear.”

“The fact that an interim report was presented today by the task force’s director, without approval of the task force’s experts who worked on it, is emblematic of the failures throughout the process: lack of transparency and organizational disorder including funding will not do historical justice to the victims.

“We stand ready to assist Germany and the Center in its work, but we need to have the commitment by the German authorities that the job will be done now. Waiting longer is not a credible option, but a slap in the face of the claimants,” said Lauder.

Of the 500 works in the Gurlitt trove that are under suspicion of being looted art and whose provenance the task force has been checking since 2013, only five have so far been identified as Nazi-looted and only two restituted to their rightful owners.

Wikipedia reports:  In the spring of 2012, in the course of a tax investigation of the subject, German customs officials obtained a warrant to search the apartment of Cornelius Gurlitt in the Schwabing district of Munich and discovered 1,406 works of art worth an estimated €1 billion. These works of art are alleged to have been stolen by the Nazis, and were later returned to the possession of Hildebrand Gurlitt. They were subsequently inherited by his son Cornelius. Whether his family has any knowledge of these allegedly stolen artworks is unknown, but extensive reports in the Süddeutsche Zeitung newspaper state that Gurlitt lived “like a hermit” and refused entry to his apartment / art storage depot “even to close members of his family.”[2]

On 2013-November-11, the German magazine Der Spiegel revealed that they received a letter from Gurlitt telling them that “the name Gurlitt may not appear in your magazine.” Gurlitt then told two reporters from the Paris Match, who confronted him in a Munich supermarket, that “Applause from the wrong side is the worst thing there is.” Der Spiegel found this comment “puzzling.”[3]