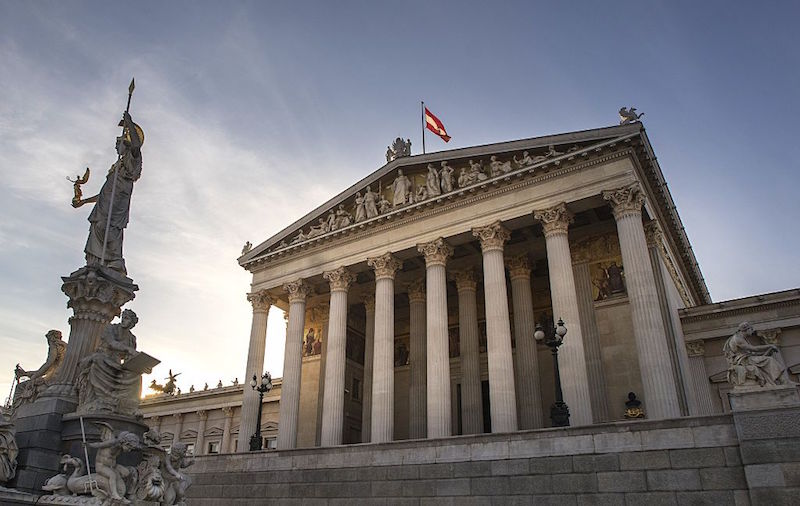 The Federal Law on the Lawful Return of Cultural Goods is currently being debated in parliament.

After Germany's controversial amendment of its cultural heritage protection legislation, the Austrian government has followed suit by updating its own legal framework governing the restitution of artworks.

In contrast to the sustained criticism leveled against the German government's legal revision of its cultural patrimony legislation, the Austrian Cultural Property Restitution Act (KGRG) was announced without significant backlash from the industry.

Der Standard reported that the changes to Austrian law are more of a supplementation to existing legislation as opposed to a far-reaching overhaul. The adjustments were required after the European Union amended its 1993 Monument Protection Act in 2014, and following last year's ratification of the UNESCO convention of 1970.

However, the draft law has been criticized for neglecting to revise a paragraph which ensures buyers “the undisturbed right to possess an object and to offer it on the international art market without later being confronted with claims for restitution."

Critics are calling for the paragraph to be revoked for Nazi-era cultural property in order to avoid the facilitation of trade in looted artworks.

Among the points relevant to dealers and collectors is a revised definition of what constitutes a cultural good, which has been adjusted to correspond to the directives for EU member and UNESCO treaty states.

After becoming aware of an illegal shipment, a foreign state has three years to apply in court for the restitution of a cultural good situated in Austria. In the case of a restitution, the owner is entitled to compensation.

The payment of compensation is only applicable if the owner can prove that he or she took necessary precautions to ensure the legality of the purchase. For foreign purchases this includes learning about and following local regulations before exporting cultural goods.

The changes also enshrine European Union directives for combatting illegal transactions of cultural goods. The new law states that market participants have a duty to perform due diligence.

This applies to anyone involved in the trade of cultural goods of significant value, including art dealers, auction houses and collectors who buy and sell on a commercial scale. Furthermore, sellers have an unsolicited duty to inform buyers of the origin on transfer of ownership.

This duty of care also includes the maintenance of records “which make the cultural good identifiable," and which must document the “buying and selling price and the export permit." These records must be kept for seven years from the date of sale. In comparison, the German Cultural Protection Act requires records to be kept for thirty years.

The draft for the Federal Law on the Lawful Return of Cultural Goods is currently in the Austrian parliament and is not he agenda of the cultural committee which will meet on January 20, 2016.