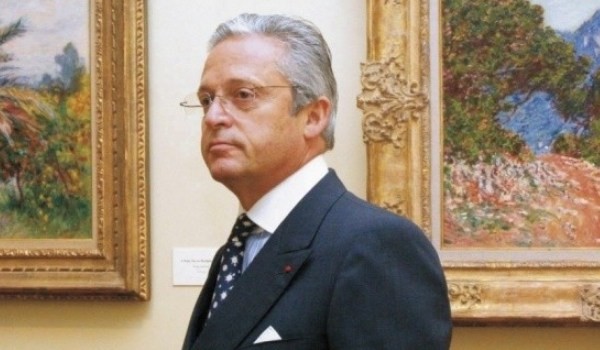 Only two days after Guy Wildenstein's $600 million tax-evasion trial kicked off in Paris, the Criminal Court has suspended the proceeding on the third day of the hearing, Wednesday, December 6, to probe the trial's constitutionality.

The presiding judge has ruled that the question of the case's constitutionality should be decided by the Cour de Cassation (France's highest court of appeals), Le Monde reports. The trial of the international art dealer prosecuted for tax fraud and aggravated money laundering is thus suspended until May 4, pending the decision of the Cour de Cassation.

Guy Wildenstein's lawyers, Dezeuze Eric and Hervé Temime, and those of the late Alec Wildenstein, Jean-Pierre Martel and François Gery, requested a Priority Preliminary Rulings on the Issue of Constitutionality, abbreviated as QPC in the French legal system. An application for such a priority preliminary ruling is the right of any person involved in legal proceedings to argue that a statutory provision infringes rights and freedoms guaranteed by the Constitution.

The Wildensteins' lawyers argue that the combination of the criminal procedure along with a tax-evasion dispute running into hundreds of millions of Euros raises legal issues that could be unconstitutional.

A lot is at stake in the Supreme Court's ruling on the QPC, not only for the Wildensteins, but for all future major financial legal disputes. With this argument, the defense lawyers seek to have the Constitutional Council establish that a double administrative and criminal prosecution of tax matters is contrary to the "principe de la nécessité des peines," a basic rule in French and international law that states that there can be no crime committed, and no punishment meted out, without a violation of penal law as it existed at the moment the alleged offence occurred. This also prohibits the creation of any retroactive laws to the disadvantage of the defendant.

Guy Wildenstein, 70, could be facing up to ten years of imprisonment. French authorities allege that Guy and his older brother Alec, who died in 2008, intentionally grossly undervalued the estate and started to hide assets after their father Daniel passed away in 2001. French authorities are demanding roughly $602 million in back taxes.