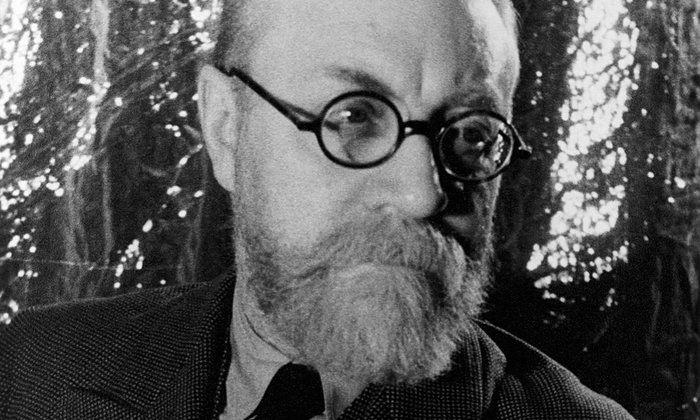 Henri Matisse, whose painting of Greta Moll is at the centre of National Gallery dispute. Photograph: Carl Van Vechten/Corbis

The National Gallery has been threatened with legal action relating to a portrait by Henri Matisse, amid claims that it was stolen from its original owner shortly after the second world war.

Descendants of the subject in the French master’s Portrait of Greta Moll are calling for it to be returned to them. Moll’s husband, Oskar, commissioned it from Matisse, who was their friend, and they claim that it was sold without permission after she sent it to Switzerland for safekeeping.

She searched in vain for it, unaware that it had been transferred from one private collection to another. In 1979, two years after her death, it was bought by the National Gallery, which rejects her family’s claim. It argues that the theft has not been proven and even if it was, the gallery would be under no obligation to return it.

The painting is currently in storage, having been loaned to the Tate since 1997.

Moll’s heirs are represented by a New York-based lawyer, David Rowland, who wrote to the National Gallery’s chair, Hannah Rothschild, in August demanding its return.

“We think that it is improper for public museums to hold misappropriated/stolen artworks in their collections and that there is both an ethical and legal obligation to return misappropriated/stolen art to its original owners and their heirs. The same principle of course applies even more so to art lost in the Nazi era and its immediate aftermath, as is the case here,” he wrote.

Speaking to the Guardian, Rowland said: “What you have here is a very prominent stolen artwork which is being kept by a very public museum, the National Gallery, which has a wonderful reputation, but it happens to have now a stolen artwork … that it doesn’t want to return to the family that lost it.”

“The Moll family is considering all of its options, including the possibility of filing suit to recover the painting.”

Portrait of Greta Moll is a striking oil on canvas measuring 93 x 73.5 cm. Painted in 1908, its sitter was a sculptor and painter. She and her husband both studied with Matisse. In one published account, Moll recalled that Matisse placed the canvas “so that I could not watch him since he wanted to show me the picture only at the end”. She sat through 10 three-hour sessions.

The National Gallery’s catalogue entry on the painting notes: “After seeing a painting by Veronese in the Louvre in Paris, Matisse reworked the portrait extensively, broadening the arms and emphasising the curve of the eyebrows, to give the figure grandeur and monumentality.”

Matisse later recalled: “Under the force of the Veronese, I took up my portrait again.”

The painting allegedly took a convoluted route before arriving in London. In 1937, Greta and Oskar Moll were condemned by the Nazis as “degenerate” artists. Oskar lost his job as director of the Breslau art academy. He died shortly after the war and his widow came to Britain to be with her daughter.

After Greta asked a friend to take it to Switzerland, that friend ran out of funds and borrowed money from an art dealer, leaving the portrait as collateral, it is claimed. It was acquired in 1949 by Knoedler, the now discredited and defunct New York gallery, and it was subsequently sold to an American collector, from where it is thought to have passed to an anonymous Swiss owner. In 1979, the National Gallery bought it from a London dealer.

Asked why his clients waited until now to try to retrieve the painting, Rowland said that Moll tried in vain to track down the painting, writing extensive letters and giving a talk at an American university about the portrait’s creation and its loss. He added: “That’s something that was known to the art community and ... that the National Gallery should have known.”

Martin Bailey of the Art Newspaper said: “The case raises concerns about why the gallery did not ask questions in 1979 about how the portrait had left the Moll family.”

He added: “The alleged theft of the painting in 1947 has not been proven. Even were it to be proved, the gallery remains – by virtue of the purchase in 1979 – the legal owner of the painting, which it holds for the nation.”

Rowland said that the gallery’s response ignores the fact that other UK national collections have returned artworks proven to have been stolen or looted.