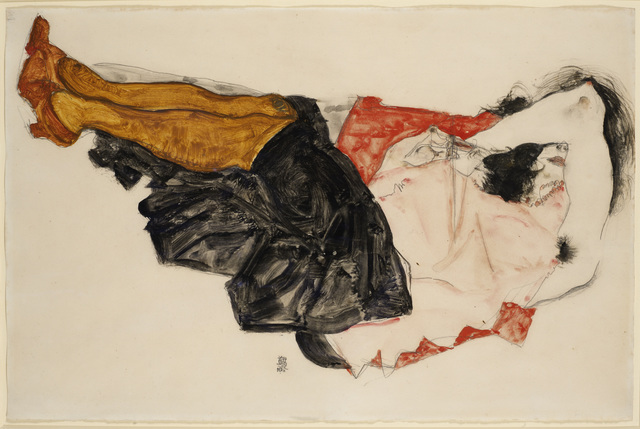 Distant descendants of a Jewish Holocaust victim seeking the restitution of a pair of watercolors by Egon Schiele got a boost to their cause this week when a Manhattan judge blocked a London-based art dealer from selling or transporting the works, reports the New York Daily News.

The paintings were for sale at Richard Nagy's booth at the fourth edition of the Salon of Art + Design fair at the Park Avenue Armory in New York, which ran from November 12–16. The two works reportedly did not find a buyer. 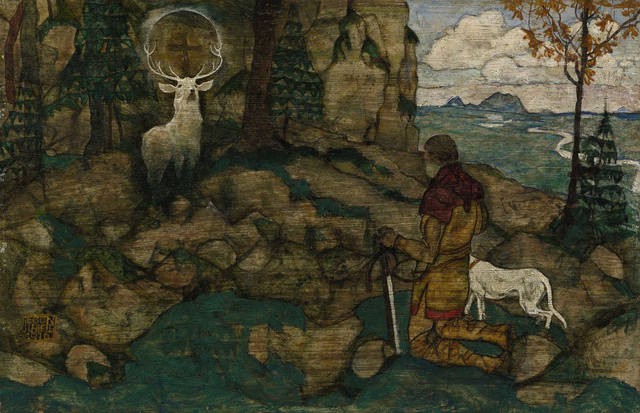 The restitution of art stolen or sold under duress during the Nazi regime continues to be a hot-button issue. Just this week, New York's Museum of Modern Art returned a Ernst Ludwig Kirchner painting to the heirs of a Jewish German collector.

Schiele's Woman in a Black Pinafore and Woman Hiding Her Face originally belonged to Jewish art collector Fritz Grunbaum, a Viennese cabaret performer. The paintings were among 400 artworks said to be worth worth a collective $5 million that his wife, Elisabeth, turned over to the Nazis when he was sent to the Dachau concentration camp. He died there in 1941, and Elisabeth died in another camp the following year.

Timothy Reif and David Fraenkel, the co-heirs of the Grunbaum estate, filed suit against Nagy on Tuesday in Manhattan Supreme Court. 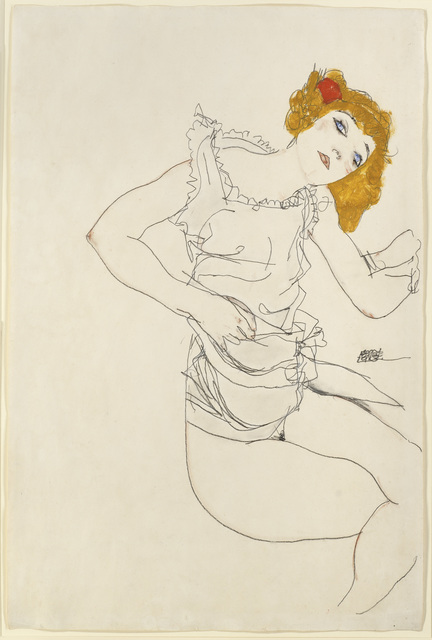 "There is no question that I support the return of property looted by Nazis to their rightful owners but this is not the case here. I'm extremely sympathetic to such claims as my own family had to leave Hungary under duress after the Anschluss [the 1938 union of Austria and Nazi Germany]," Nagy told the Daily News.

In 2005, a Schiele drawing, Seated Woman With a Bent Left Leg (Torso) (1917), was embroiled in a seven-year court battle. Federal courts ruled against the heirs in 2012, declaring the sale legal. The Art Dealers Association of America (ADAA), the Society of London Art Dealers (SLAD), and Nagy lobbied for the ruling.

Nagy has been in business since 1980; for decades, he has worked to bring Schiele to a wider audience. With this recent case, he contends that Grunbaum's sister-in-law sold the paintings in 1956, and that two arbitration boards in Vienna have ruled against the family's heirs in the past "stating that there was no evidence of Nazi looting."

However, Reif and Fraenkel's lawyer, Raymond Down, disagrees. "This is an ironclad case," he told the New York Post. "The evidence of Nazi looting is overwhelming."

A hearing is scheduled for December 1 in Manhattan.