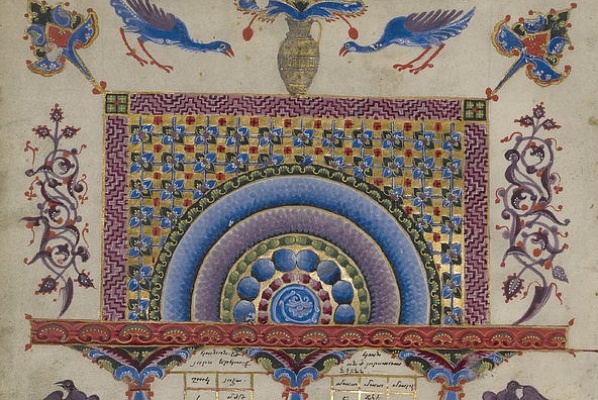 A long-running legal battle between the J. Paul Getty Museum in Los Angeles and the US arm of the Armenian Apostolic Church over the ownership of a group of 13th-century manuscript pages has ended with a compromise. The Getty has agreed to acknowledge that the church is the rightful owner of the eight brilliantly illustrated pages. The church, in turn, has pledged to donate the pages to the museum. The manuscript pages have been in the Getty’s collection since 1994, when the museum bought them from an Armenian American family.

Lee Boyd, an attorney for the church, told the Los Angeles Times on Monday that the settlement represents the first restitution of art from the Armenian genocide. The Getty agreed to pay all legal fees associated with the lawsuit, which the church filed in 2010, according to the newspaper. 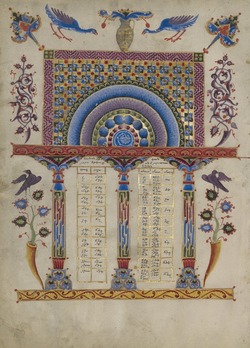 The pages, called the Canon Tables, comprise the table of contents for an Armenian Bible known as the Zeyt’un Gospels. They are the earliest signed work of T’oros Roslin, the most celebrated illuminator and scribe in Armenia in the 13th century. Armenia established an independent church in the fourth century, and the Gospels are among its most sumptuously illustrated texts.

The rest of the bible is in the collection of the Mesrop Mashtots Institute of Ancient Manuscripts in Yerevan, Armenia. The eight pages in the Getty’s collection were illegally separated from the rest of the book between 1915 and 1918 amid the chaos caused by the Armenian genocide, according to the church. (The Turkish government has never accepted the term “genocide” but has acknowledged that a large population of Christian Armenians died in a conflict with Ottoman soldiers during the First World War.)

The pages will be officially gifted to the Getty in a formal ceremony before they go on show as part of an exhibition due to open at the museum next year, Traversing the Globe Through Medieval and Renaissance Manuscripts (26 January-26 June 2016).

“This is a momentous occasion for the Armenian people, coming at a historic time, on the 100th anniversary of the Armenian Genocide. I want to thank the Getty for joining in a solution that recognises the historical suffering of the Armenian people and that will also allow this Armenian treasure to remain in the museum which has cared for it and made it available to the Armenian and larger community in Los Angeles,” the church’s attorney Lee Boyd says in a statement. More than 200,000 people of Armenian descent live in Southern California, the world’s largest Armenian community outside of Armenia, according to the US census.

Timothy Potts, the director of the J. Paul Getty Museum, called the settlement “a creative and mutually beneficial solution” that acknowledges “the tragic circumstances under which the pages were removed from the Zeyt’un Gospels”. He says in a statement: “That the pages were saved from destruction and conserved in a museum all these years means that these irreplaceable representations of Armenia’s rich artistic heritage have been and will be preserved for future generations.”