Painting’s sale was forced but not by Nazis, report concludes 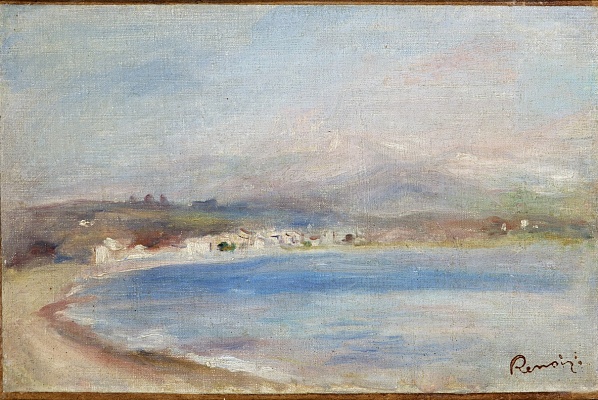 Renoir’s The Coast at Cagnes, Sea, Mountains (around 1910)

A Nazi-era restitution claim for a Renoir landscape at Bristol Museum & Art Gallery has been rejected. The Spoliation Advisory Panel recommended in a report today (16 September) that The Coast at Cagnes, Sea, Mountains (around 1910) should not be returned to the heirs of Jakob and Rosa Oppenheimer because there is insufficient evidence that it had been the subject of a Nazi forced sale in Berlin. The Oppenheimers, a German Jewish couple, had fled to France in 1933. Jakob died in an internment camp in 1941 and Rosa was murdered in Auschwitz two years later.

The Renoir originally belonged to the Berlin gallery Margraf, which had been owned in the 1930s by the Oppenheimers. Last year, the couple’s heirs submitted a claim to Bristol City Council and this was referred to the UK government’s spoliation panel. The panel concluded that although the auction sale at Paul Graupe on 12 October 1935 had been “forced” on Margraf, this was due to the company owing inheritance tax and a bank debt from before the Nazis came to power.

The panel’s investigations also found that the Renoir was subsequently bought by Leopold Moller, an Austrian Jew who fled from Hamburg to Bristol in January 1939. His niece said he left Germany with no luggage and with just a few shillings in his pocket and two rolled-up paintings (quite possibly including the Renoir). He generously bequeathed the Renoir to the Friends of Bristol Art Gallery on his death in 1999.

A Bristol council spokesman said: “We have received the report of the Spoliation Advisory Panel and respect their recommendation.” The Renoir is currently on display in the art gallery.