After widespread protests this summer, the government releases a new proposal to calm concerns from leading artists, collectors and dealers 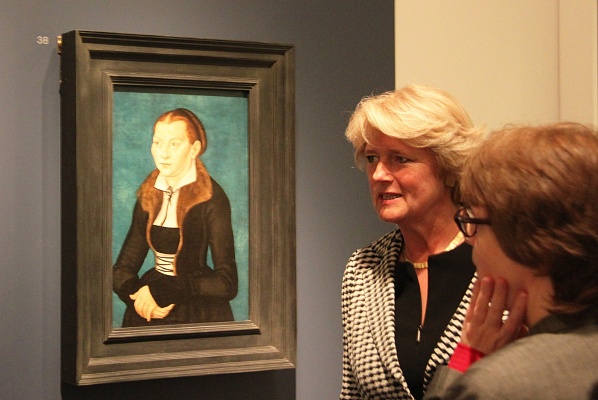 Culture Minister Monika Grütters at the opening of "Germany: Memories of a Nation" at the British Museum in October 2014

Germany’s ministry of culture has finally released the draft bill for a proposed new cultural property law on its website today, 15 September. Early versions of the bill, which were leaked to the press over the summer, elicited widespread protests from leading artists, collectors and dealers.

The proposed new law aims to curb the import of illegal antiquities into Germany as well as block national treasures from leaving the country. The row that erupted in the summer centred on the planned export restrictions. Paintings older than 50 years and valued at more than €150,000 would need export licenses even inside the European Union. Licenses for works deemed “national treasures” would not be granted, while all works in state museums would be categorised as such.

In July, leading figures of the German art world described the law as “expropriation” and the artist Georg Baselitz dramatically removed his works from public museums in protest.

The outcry prompted Monika Grütters, Germany’s minister of culture, to tone down some of the bill’s provisions. Now, the threshold to export paintings has been increased to 70 years and the value to €300,000. Works by living artists can only be categorised as national treasures with their consent. In a statement, the ministry tried to calm fears of what many believed could become a bureaucratic nightmare by assuring that export licences will continue to be issued “within a few days in almost all cases”.

The bill will now go out to a second round of consultation. Germany’s parliament is expected to vote on the measure in 2016.