Update and thoughts on Gurlitt

It has been some time since we discussed the Gurlitt affair in these pages. And what has happened since? 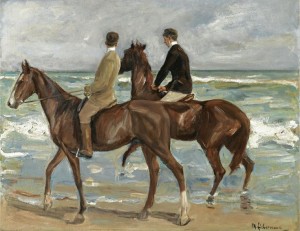 Well, the challenge to Gurlitt’s will by his cousin Uta Werner has continued on. It is now before the Higher Regional Court in Munich (Oberlandesgericht München) and just last month the Court requested a psychological opinion concerning Gurlitt’s competence to make the will. As you recall, the will bequeathed the entirety of the collection to the Museum of Fine Arts in Bern, Switzerland. An agreement between the Museum and the Federal-Bavarian Task Force looking into the provenance of all suspicious works provided that any works taken from Jewish individuals between 1933 and 1945 wouldn’t be accepted by the Museum and would instead be returned to the appropriate descendants. However, this doesn’t please the Gurlitt relatives like Werner who were probably hoping to get at least something out of the trove of the mysterious and taciturn old man. We’ll have to see what the Munich Court says.

As for the looted works in the collection, two have been returned. One, Matisse’s Seated Woman, was restituted to the heirs of French art dealer Paul Rosenberg. The second, Max Liebermann’s Two Riders, was returned to the heirs of David Friedmann, which included a nephew David Toren, who had earlier brought an action before the Washington DC courts seeking restitution. Upon its return, Two Riders was consigned for auction in June to Sotheby’s London and sold for nearly £2 million (well beyond the £350,000-£550,000 estimate). Of course this sparked debate in the art world about the appropriateness of such a sale and the moral imperatives surrounding restitution. Two more works (a drawing by Carl Spitzweg and a Pissarro) are set to be restituted as well, although this has yet to occur.

The whole process has been unbelievably painstaking. Considering that the works were first discovered in Gurlitt’s apartment back in February 2012, that the story was made public in November 2013, that an agreement was reached between Gurlitt and the governmental authorities in April 2014, that Gurlitt died in May 2014, we are past the mid-point of 2015 and very little has actually been done. Two works were returned, yes, but this took the Task Force sixteen months, and involved only two of dozens of disputed works, possibly more. 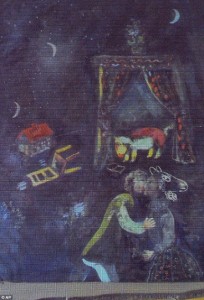 In all this time the artworks remain in a vault, pored over by Task Force researchers. One wonders if this really is the best place for them. Could the works not be displayed in public? Granted, the researchers need to do their work, but isn’t most of that work documentary rather than art historical? They’re looking at bills of sale, not examining pigment. What’s stopping the parties from agreeing to have these works, some of which are of the highest order, temporarily displayed in Munich? This would surely be in the public’s best interest.

Otherwise the works from this unique and notorious collection may never again be seen together, if at all. If recipients like the Friedmann heirs are willing to sell restituted works to private collectors (which they have every right to do) and if the Werner challenge takes years getting through the courts (as it well might), this may be the only chance to show these works to an interested public. The purpose would be two-fold. It would be of great artistic interest, displaying hitherto unknown works by celebrated artists (Dix, Chagall, Monet). And more importantly, it would further extend public awareness of the issues surrounding looting, morality and the Nazi period in general.

Who must we shake to get this started?