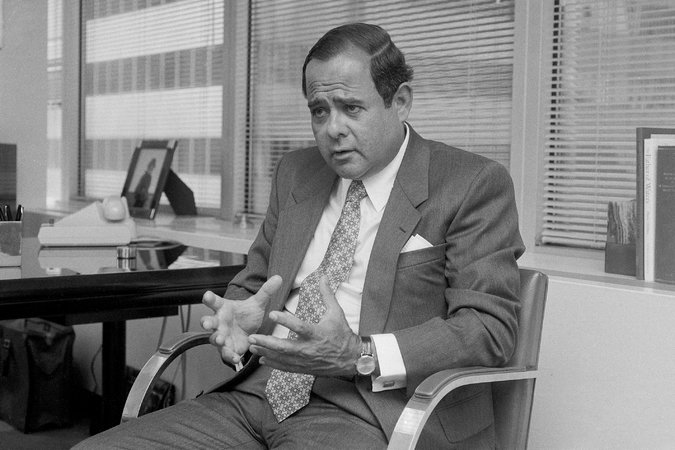 Charles Goldstein, a high-stakes New York real estate lawyer who transformed himself into a tenacious advocate for recovering art looted from Holocaust victims, died on July 30 in Manhattan. He was 78.

The cause was complications of an infection, his daughter, Deborah David, said.

Mr. Goldstein, a lawyer with the firm Herrick, Feinstein, was counsel to the Commission for Art Recovery, which estimates that it has recovered or helped recover more than $160 million worth of stolen art since it was established in 1997 by Ronald S. Lauder, the president of the World Jewish Congress. The commission is also affiliated with the World Jewish Restitution Organization.

The commission’s goal is to compel European governments to identify and return art that the Nazis looted from public and private collections or that the owners were forced to sell. That includes spoils of war confiscated from the Nazis by the victors, including the Soviet Union.

The commission supported the recovery of Gustav Klimt’s “Portrait of Adele Bloch-Bauer,” the painting that an Austrian refugee had successfully sued in United States courts to recover from Austria. (Austrian arbiters ruled in her favor in 2006. Mr. Lauder bought the portrait for $135 million for the Neue Galerie in New York; the legal battle was dramatized in the film “Woman in Gold,” released in April and starring Helen Mirren.)

The commission was also involved in negotiations for the return of Gustave Courbet’s “Femme Nue Couchee” (“Reclining Nude”), which was stolen in 1944 from Baron French Hatvany in Budapest.

The painting, hidden in a bank vault, was apparently found by a Soviet soldier during the liberation of Hungary. He took it to Slovakia and bartered it in return for medical care (his commanding officer was suffering from gonorrhea, according to one account) from a doctor, who then hung it in his home in Trnava.

After the doctor died in 1989, the painting passed to an antiques dealer, whose attempts to sell it through Sotheby’s in 2002 were thwarted because it was listed in the commission’s database of stolen art.

The commission, representing the rightful heirs of the painting, finally recovered it after on-again, off-again negotiations.

“Surprisingly,” Mr. Goldstein told ARTnews in 2008, “it was easier to secure recovery of art looted during the Holocaust from the Slovakian dealer than from Hungarian and Russian government officials.”

Five years later, he told ARTnews that, except in Austria, not much had changed. “We have not made progress in getting countries to examine their collections,” he said. Museums generally do not either, he added.

Charles Arthur Goldstein was born on Nov. 20, 1936, in Perth Amboy, N.J. His father, Murray, was in the retail clothing business. His mother was the former Evelyn Bier.

He graduated from Columbia College in 1958 and Harvard Law School in 1961, and clerked for the United States Court of Appeals for the Second Circuit.

His two marriages ended in divorce. In addition to his daughter, Deborah, he is survived by his stepson, Graham Spearman, and two grandchildren.

In the 1970s and early ′80s, when he was counsel to Weil, Gotshal & Manges of Manhattan, he was Gov. Hugh L. Carey’s personal lawyer. His firm handled most of the outside legal work for the state’s Urban Development Corporation.

“I structured all the major economic development projects — the Hotel Commodore, the South Street Seaport, the Portman Hotel, the Archives Building and the St. George Hotel,” he said in 1982.

At the time, he headed what he described as the largest real estate department of any major law firm in the city, comprising 34 lawyers in a firm of 250.

Mr. Goldstein joined the art recovery commission by happenstance, his law partner Harvey Feuerstein recalled. In the early 1990s, Mr. Lauder was flying home on the Concorde from Europe when he posed a challenging real estate question to a friend. The friend noticed Mr. Goldstein a few rows back and introduced him. Mr. Lauder was so impressed, he hired Mr. Goldstein full time and, when he formed the commission, named him counsel.