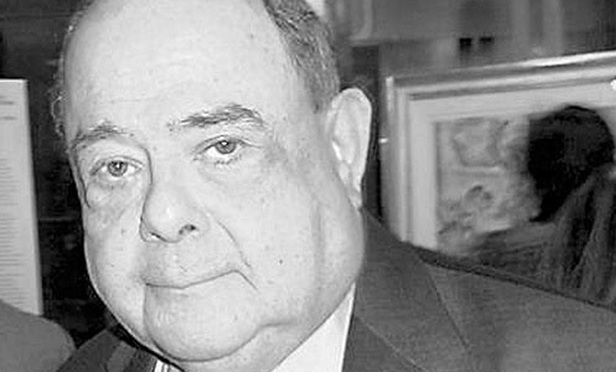 Charles Goldstein, who worked for decades as a prominent real estate attorney before discovering his passion for recovering art that the Nazis had looted from German Holocaust victims, has died. He was 78.

Goldstein, who was senior counsel at Herrick, Feinstein at the time of his death, received his degree from Harvard Law School in 1961 and was admitted to the New York bar the following year.

Until the late 1990s, he worked in real estate law and established himself as a leader in the field, said Scott Mollen, a partner at Herrick, Feinstein and a Law Journal columnist. Mollen said Goldstein led a "broad-based" practice and represented property owners, developers, lenders and tenants alike.

But despite Goldstein's proximity to power, he expressed reluctance to be interviewed and told the Times that he was "not a public figure."

Lawrence Kaye, another partner at Herrick, Feinstein and co-chair of the firm's Art Law Group, said that in the mid-1990s—about a half-century after World War II—there were increased efforts to provide restitution to families of Holocaust victims for art that had been seized by German forces during the war, which resulted in the 1998 Washington Conference on Holocaust Era Assets.

It was around this time that Ronald Lauder formed the Commission for Art Recovery and asked Goldstein to develop and lead it, according to an obituary by Herrick, Feinstein. Goldstein continued to work as counsel to the organization.

After taking a position at Herrick, Feinstein in 2001, Goldstein became a "true force" in looted art recovery, said Kaye, who has himself worked on art restitution cases for the last 45 years.

"It definitely became a passion," Kaye said of Goldstein. "It was a simple question of right and wrong that was so complex in its execution."

Before Herrick, Feinstein, Goldstein had been employed by Weil, Gotshal & Manges and the now-defunct Shea & Gould.

Goldstein was a founding member of the American College of Real Estate Lawyers, which is based in Rockville, Maryland.

He is survived by his daughter Deborah and his son Graham.