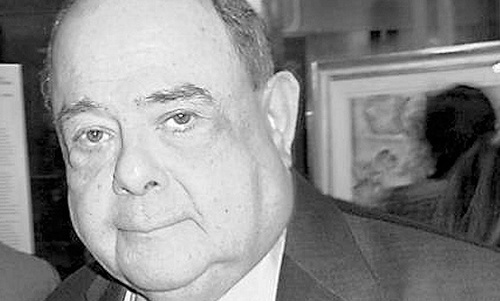 A brilliant lawyer, Charles graduated from Columbia University and Harvard Law School, clerked for the US Court of Appeals for the Second Circuit, and was for many years one of the leading real estate lawyers in New York City. In that stage of his distinguished legal career, Charles was the personal attorney to New York Governor Hugh Carey and consultant to the Urban Development Corporation.

In the mid-1990’s, Charles was asked by Ambassador Ronald S. Lauder to develop and lead the then newly created Commission for Art Recovery to assist Holocaust survivors or their heirs in recovering works of art that had been stolen from them by the Nazis and their accomplices. In that capacity, Lauder recalled, “he was fearless in achieving the ultimate goal in law - fairness and justice.”

Over the course of the past two decades, Charles became, in the words of his colleagues at the law firm of Herrick, Feinstein LLP, “one of the leading international experts on the identification and restitution of art that had been looted by the Nazis during and before the Holocaust. Being the intellectual powerhouse that he was, Charles quickly became an expert in this new area of art law and before long became one of its leading practitioners, lecturing and writing extensively on the subject. He was remarkably successful in recovering stolen artworks and other cultural property, despite many obstacles including strenuous opposition from formidable adversaries.

An articulate spokesman for the right of Holocaust victims and their families to reclaim their property from governments, museums and others who had acquired it in the years following World War II, Charles literally rewrote history, and earned the great distinction of helping to right horrific wrongs visited upon Jewish families and others during the Holocaust.”

Charles Goldstein will be greatly missed by all who had the privilege of knowing him and working with him. We extend our deepest condolences to his daughter, Deborah, his son, Graham, and his grandchildren.