The owners of restituted artworks have every right to sell them 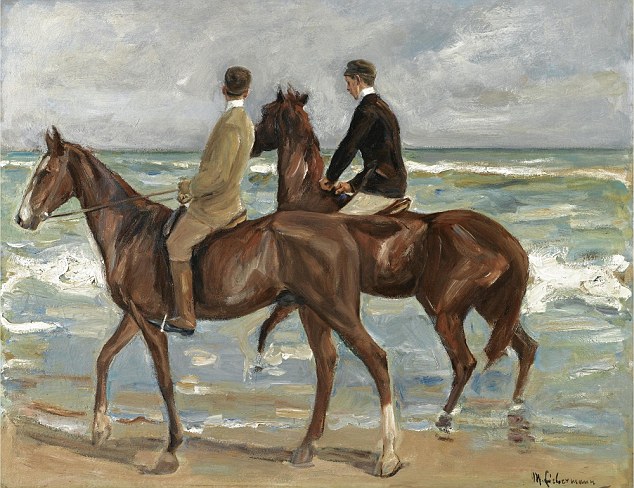 Max Liebermann's 'Two Riders on a Beach' (1901), which was found in the possession of Cornelius Gurlitt, was sold at Sotheby's in May.

The writer and broadcaster David Baddiel has weighed into the vexed and emotionally charged issue of art looted during the Nazi era (1933–45), and what happens today when works are identified and returned to the heirs of those who were forcibly deprived of their possessions (Financial Times, online, 26 June 2015). Baddiel’s article was spurred not only by the suffering of his own family, but also by the recent sale at Sotheby’s of a painting from the infamous Gurlitt hoard. The writer argued that the sale of such restituted art raises ‘eyebrows – and hackles’.

In response, the art dealer Julian Agnew (Financial Times, online, 3 July 2015) muddied the waters by complaining that there is too much of an industry around seeking out looted art and, for a substantial fee, fighting for its return. Agnew should surely understand that his observations about ‘time limitations’ on claims and that a bona fide later owner is ‘a second innocent victim’, miss the point.

Following the Washington Conference on Holocaust-Era Assets (1998), panels were set up around the world in recognition of the fact that, notwithstanding the successes of the ‘Monuments Men’ (Agnew again), not all art was returned in the aftermath of the Second World War.

In the United Kingdom, the government created the Spoliation Advisory Panel in 2000, to ‘consider claims from anyone (or from one or more of their heirs), who lost possession of a cultural object during the Nazi era…’. Recognising that claims would be rendered invalid by the Statute of Limitations, the Panel was empowered to assess the ‘moral strength’ of a claimant’s case, and to make decisions based on the ‘balance of probability’. This carefully constructed and sensitive approach has been widely applauded by both claimants and owners (in the UK’s case, public institutions).

Today, the heirs of the original owners of looted art are often numerous, widely spread and not necessarily wealthy. While a decision to sell is not inevitable, it is often the most practical solution. The right of families, irrespective of their means, to dispose of restituted art is surely a right not to be questioned, and the ability so to do enshrines the freedoms regained by the defeat of the abhorrent fascist regime that succeeded in destroying so many basic human rights.