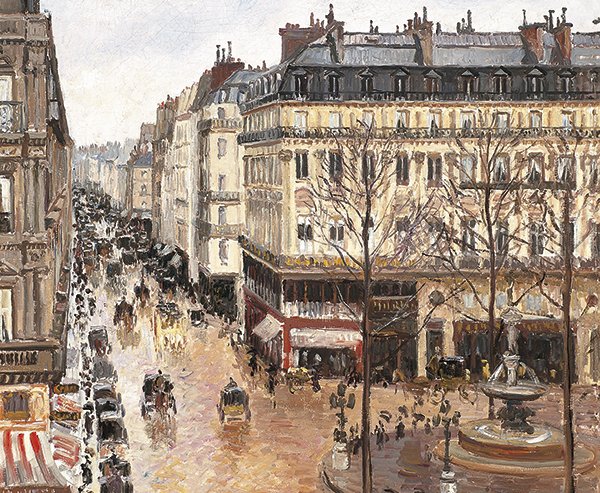 Camille Pissarro painting at the center of decade-long ownership dispute

Camille Pissarro, a pioneering French Impressionist, painted a picture in 1897 that shows a street in Paris in the rain – an appropriate setting considering the artwork’s subsequent stormy history.

Seized from a Jewish grandmother by the Nazis as World War II dawned, sold among collectors on two continents over the next 30 years, the painting hangs now in a Spanish museum, which for the past decade has been fighting a family with San Diego ties in a court battle over ownership.

Under a ruling last month by a federal judge in Los Angeles, the painting, insured for $10 million, will stay in the museum, the government-funded Thyssen-Bornemisza in Madrid, where it has been on display since 1992. But the family – heirs of the original owner – is appealing.

The case is a reminder that even 70 years after the war ended, the Holocaust lingers, echoing across generations and geographic borders and raising thorny questions at the intersection of justice, money and art.

“As far as the family is concerned,” said David Cassirer, a part-time Coronado resident who is the great-grandson of the original owner, “Spain, by hoarding this art, is continuing the geopolitical goals of Adolf Hitler.”

An attorney for the museum said the original owner was fully compensated by the German government after the war, and that the museum acquired the painting in good faith.

The case is winding its way through the legal system at a time when similar controversies are embroiling museums in Oklahoma and Pasadena. It also comes amid concerns raised in a report last year by a restitution advocacy group that governments around the world aren’t honoring international agreements designed to make amends for the Nazi confiscation of an estimated 650,000 pieces of art – “a looting spree unmatched in history.”

In the case involving the Pissarro painting, the judge in Los Angeles, John F. Walter, appeared to be wrestling with that very issue. He ruled that the dispute should be governed by Spanish law, and that under Spanish law, the museum owns the painting.

But Walter also urged the museum, before the next round of litigation, to “pause, reflect and consider” its responsibility to bring justice to “the victims of Nazi persecution.”

The Cassirers were prominent art patrons in Germany, among the first to embrace the Impressionist painters outside of France.

A year after Pissarro finished the Paris street scene, “Rue Saint-Honoré, Après-midi, Effet de Pluie,” it was bought by a member of the Cassirer family, and then passed from heir to heir for 40 years, eventually winding up in the apartment of Lilly Cassirer Neubauer.

In 1939, with Jews increasingly in danger, Neubauer was told she could get an exit visa from Germany if she gave up the painting for the equivalent of $360 to a Nazi art appraiser. She agreed, and fled with her husband to England. The money was put in a blocked account she could never access.

After the war, she sued the German government to get the painting back, but it couldn’t be located. Family members were told it went missing, possibly destroyed, during the Allied bombing of Munich. In 1958, Neubauer received what was believed to be fair-market compensation for her loss, the equivalent of $13,000. She died four years later.

By then, the painting had made its way from Germany to Holland and then to the United States, where it was owned by collectors in Los Angeles and St. Louis. In 1976, it was purchased for $275,000 by a Swiss art collector named Baron Hans Heinrich Thyssen-Bornemisza.

His private collection of 775 paintings – works by Rubens, Dali, El Greco, Picasso, Gauguin and others – was considered one of the best in the world, and in 1993 Spain purchased it for $338 million. It’s housed now in the Thyssen-Bornemisza Museum, a restored palace.

The Pissarro has been on public display at the museum since it opened, except for brief loans to other institutions. 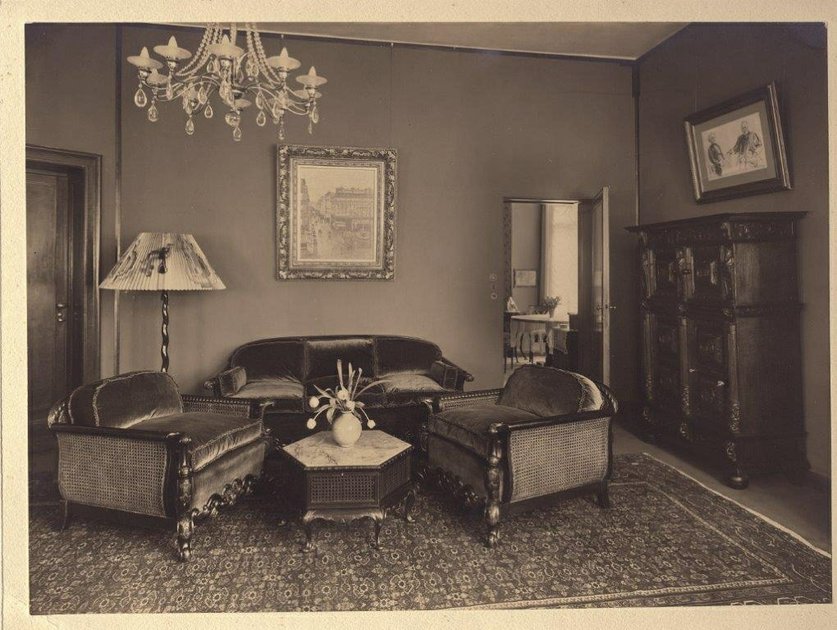 Pissaro painting hanging in Lilly Cassirer Neubauer's apartment in Germany before it was confiscated by the Nazis.

Neubauer’s grandson, Claude Cassirer of La Mesa, first learned that the painting was in Spain in 2000. Born in Berlin in 1921, his mother died when he was 4 and he was raised by his grandmother. He remembered playing on the floor in her apartment near where the Pissarro hung on a wall.

He sent a letter in May 2001 to Spain’s ministry of culture, asking for the painting back. Spain, like dozens of other countries, has signed international agreements over the past 20 years pledging to help return Nazi-looted artwork.

Thaddeus Stauber is a Los Angeles lawyer who represents the museum. One of his key arguments throughout the legal proceedings is that Lilly Cassirer Neubauer relinquished any rights her family has to the Pissarro when she was compensated by the German government in 1958.

“It took 10 years to negotiate that agreement, she was represented by well-respected legal counsel, and she was paid full market value for the painting,” he said. “The (museum) is now the rightful owner.”

Stauber also said the family made no effort to claim the Pissarro after the settlement, even though it was owned by prominent collectors in the U.S. and has been on public display at one of Spain’s most popular museums for almost 25 years.

Before Claude Cassirer died in 2010, he said he had no reason to look for the painting because he thought it had been lost or destroyed. He said the family has never believed that the earlier settlement precluded it from reclaiming the picture if it ever surfaced. The family has also agreed to return the money if it gets the Pissarro back.

In March, Judge Walter ruled against the museum’s interpretation of the 1958 agreement. He said Neubauer did not waive ownership when she signed it, or her right to recover the painting. He pointed to a ruling by the top court in Germany in a similar case involving the owner of posters taken by the Nazis.

Another issue that’s been simmering beneath the surface of the Pissarro dispute is whether the museum did enough to research the painting’s provenance before it was acquired. Laura Brill, a Los Angeles lawyer who represents the family, said there is a torn label on the back of the painting that says “Berlin” and has a partial address for a gallery owned by the Cassirer family.

“That’s just one of the red flags that should have told them something was not right,” she said.

Staubber said the museum did extensive international provenance research on the painting and concluded that its ownership would be legitimate. He called claims to the contrary “a last-ditch effort to sully the reputations” of the Baron and the museum.

The case is being closely watched in legal circles. Kevin Ray, a lawyer in Chicago who has written about the Pissarro painting, said there have been several “significant” rulings involving jurisdictional questions – whether, for example, the family should be required to exhaust legal remedies in Spain before suing in the U.S. (the answer was no).

To him, one of the more interesting issues is that Spain, despite signing various international agreements to help Holocaust victims recover looted art, has not modified its own laws to allow that to happen. Several nations, including the U.S., have passed legislation making it easier for victims to get restitution.

He thinks that’s why Judge Walters, after finding that under Spanish law the museum owns the painting, also urged it to “pause, reflect and consider” its future actions.

“It’s a very common problem in Holocaust asset cases,” Ray said, “where the sense of justice in a case frequently runs counter to what the pure application of legal rules might advise.”

After the most recent ruling, a museum official in Spain told The New York Times the museum might be willing to put a plaque up next to the painting, “some form of moral recognition” of how the painting was taken by the Nazis.

David Cassirer said the museum has made similar offers in the past, and the family’s reaction then is the same as it is now. “It’s an insult,” he said.

The case will be heard next by the Ninth Circuit Court of Appeals, with initial filings due later this year.