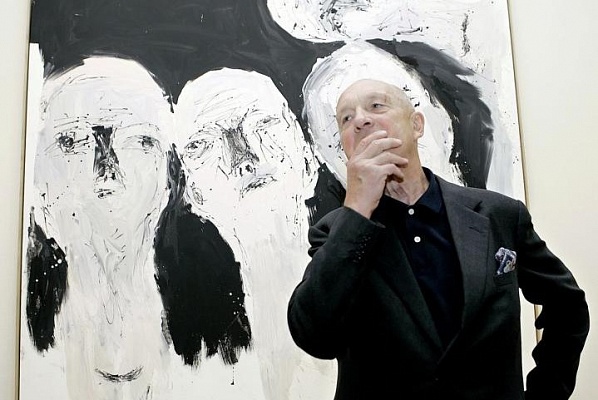 The fierce opposition to a Cultural Property Protection Act being proposed by the German culture minister, Monika Grütters, continues to grow. The draft amendment aims to result in stronger oversight over imported cultural artifacts and tighten export restrictions for cultural assets that are more than 50 years old or valued over €150,000.

After the artist Georg Baselitz announced this week that is withdrawing his works that are loan to several German museums in protest against the law, a number of leading artists and collectors have voiced their support.

Today, 16 July, is the last day visitors will be able to see Baselitz’s works on loan to Dresden's Albertinum, among them a group of portrait from the late 1960s. The general director of the Staatliche Kunstsammlungen Dresden, Hartwig Fischer, says: “This is a great loss, especially for the presence of contemporary art in Dresden.”

"It is an interference with freedom," Gerhard Richter told the Dresdner Morgenpost, “nobody has the right to tell me what to do with my paintings”. However, the artist says he will wait to see if the law passes before withdrawing any works.

Max Beckmann's granddaughter who is a curator and author, Mayen Beckmann, will also planning to withdraw loans from the Leipzig Museum of Fine Arts, German media reports, while the Düsseldorf-based artist Günther Uecker is also contemplating pulling his works on loan.

In response to the unprecedented “storm of outrage” against the proposed law, the Grütters held a press conference yesterday in Berlin. The minister defended the amendment but tried to calm the storm by emphasising that the proposal circulating is still a draft. Even an increase in the minimum limits to €300,000 and 70 years—so contemporary art would be completely excluded—is being considered, the Taggespiegel reports. This would still mean many owners of works of Modern art by international as well as German artists would need permission before moving or selling them abroad.

Many German art experts fear the law would spark a mass exodus of works and would also strangle the German art market, which already lags behind the US and the UK.

“The German cultural landscape depends on private collectors who have donated tremendous works to public institutions,” Kilian Jay von Seldeneck, of Lempertz auction house, tells us. Collectors are the ones who will be mostly affected by the law, he says. Harald Falckenberg, whose collection is on view in Hamburg, and Mathias Döpfner, the chief executive of the Axel Springer media group, are among the collectors who are already starting to move their collections abroad, he says.

Although the law is at proposal stage, the “bloodletting for the museums” has started, Peter Raue, a prominent Berlin-based patron and attorney specialising in art law, told Deutsche Welle.