The ‘Sherlock Holmes’ of Nazi-looted art 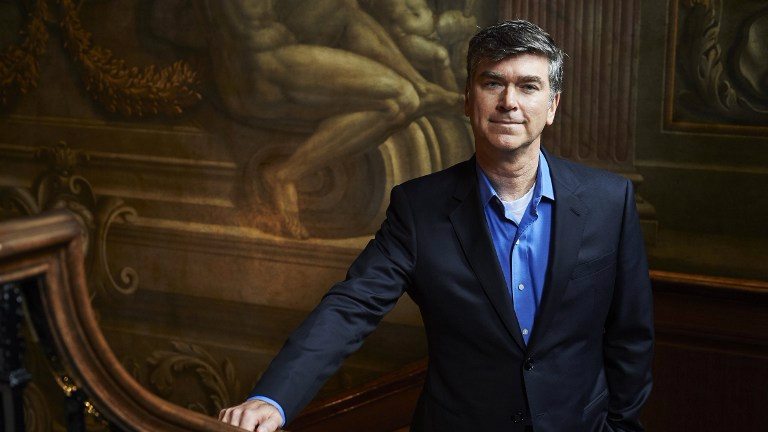 LONDON (AFP) — One man has become a behind-the-scenes force in the international art world after securing the return of art looted by the Nazis to the descendants of its original Jewish owners.

The return of “Seated Woman” by Henri Matisse to the Rosenberg family was his work.

Two years after founding Art Recovery Group, a private company specializing in finding and recovering stolen, missing or looted art, he has been dubbed “Sherlock Holmes” in the specialist press.

“My staff makes fun of that actually,” said Christopher Marinello, a 53-year-old with piercing blue eyes and a Brooklyn accent.

Marinello became a lawyer after abandoning his own art studies due to lack of talent, or so he puts it.

He made a name for himself during the seven years he worked at the Art Loss Register, a private database of lost or stolen artworks and antiques. He has now become a competitor of his former employer.

“We set this (Art Recovery) up in 2013 to provide due diligence services to the art trade in an ethical and responsible and legal manner.”

Art Recovery now employs half a dozen people in London, 16 in New Delhi and has a presence in New York and Milan.

It maintains a database of lost or stolen art which it aims to make the most complete in the world. 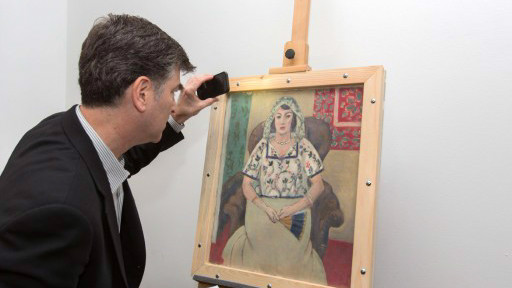 Finding and getting back stolen art is far from easy.

The return of the Matisse painting to the heirs of the French Jewish art collector Paul Rosenberg brought “18 months of torture, fighting with the German government,” Marinello said.

Occasionally, Marinello works as something of a secret agent, like the time he received a call from a mysterious person called “Darko,” claiming to know the whereabouts of artwork stolen in 2008 in California and estimated to be worth $20 million.

The result? Several arrests and the recovery of the artworks.

Undercover operations nevertheless remain the exception and his role is mostly that of a mediator.

As recently as last Thursday, he concluded the return of a sculpture by the French master Auguste Rodin estimated to be worth $100,000.

There had been little progress since 2011 when the sculpture was identified at a New York auction after being stolen 24 years ago.

“Within a month we had a settlement agreement,” to return the sculpture to its owners, Marinello said.

“This is one of our specialities. Getting in the middle of a case and finding a way to twist everybody’s arm to settle the case.”

This would be the case if, for example, an artist were to be robbed of his works through a gallery scam. Or the time that a London church wanted to find a 17th century bust stolen during the Blitz in World War II.

And sometimes the police ask him for help identifying seized works.

As a token of their gratitude, various police forces have given him small mementoes like a Polish police cap, an Interpol tie, or a calendar of Italian Carabinieri.

Marinello’s services are also free to museums and he urges cultural institutions in areas under control of the Islamic State in Iraq and Syria to register stolen artworks in the database as soon as possible.

“When museums get taken over or known collections go missing, we can record them in our database and keep them from reaching the Western market,” Marinello said, describing himself as “horrified” by the destruction wrought in the region.

“The technology has never been really applied to that area given its recent history and now you’ve got people digging with bulldozers,” he said.