Call us cynical, but when something seems too good to be true, it usually is. 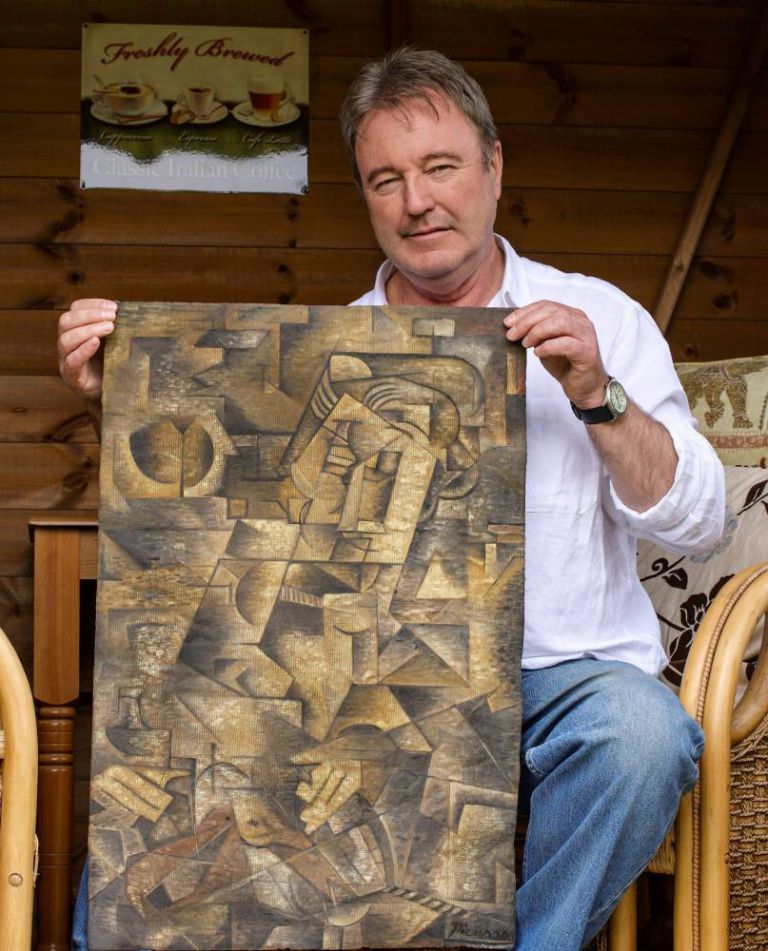 Currie apologised to anyone who felt hurt or let down by his ‘experiment’ (Picture: SWNS)

That was certainly the case for Picasso enthusiasts who have just learnt that a recently-discovered ‘long-lost painting’ by the Spanish Cubist is a fake.

Dominic Currie, 58, claimed that he found the piece among various items of Russian origin when he opened an old suitcase in his attic.

But research undertaken by art expert Bendor Grosvenor quickly found that the painting was a hoax made by Currie himself, and the Russian memorabilia was purchased off eBay six months ago. 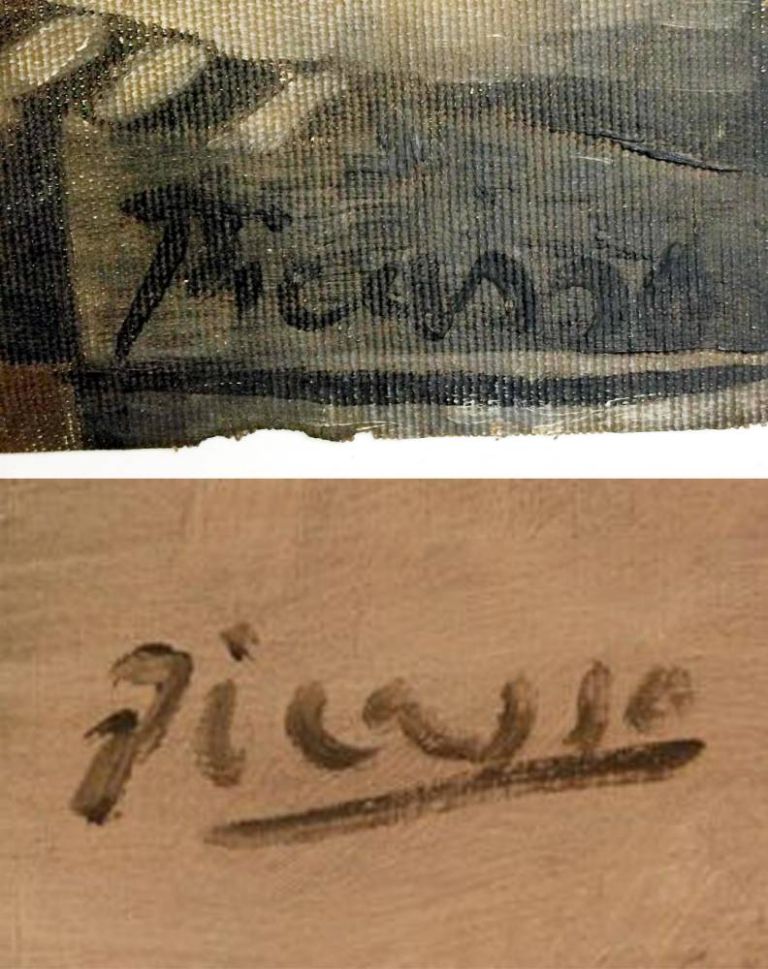 The painting, which resembled the genuine Picasso work ‘Portrait of Khanweiler’ was, Currie claims, an ‘experiment’ and ‘performance art’ – not a hoax.

‘I don’t do hoaxes but it was an experiment. It was a piece of performance art in order to raise awareness of the struggling artists in Scotland,’ he said.

‘I’m trying to be as honest as possible.

‘If anyone was hurt or felt let down by this experiment I can only apologise. It was never meant to upset or to exploit anyone.’

A former classmate of Currie at Adam Smith College in Glenrothes said he was known for being ‘untrustworthy’. 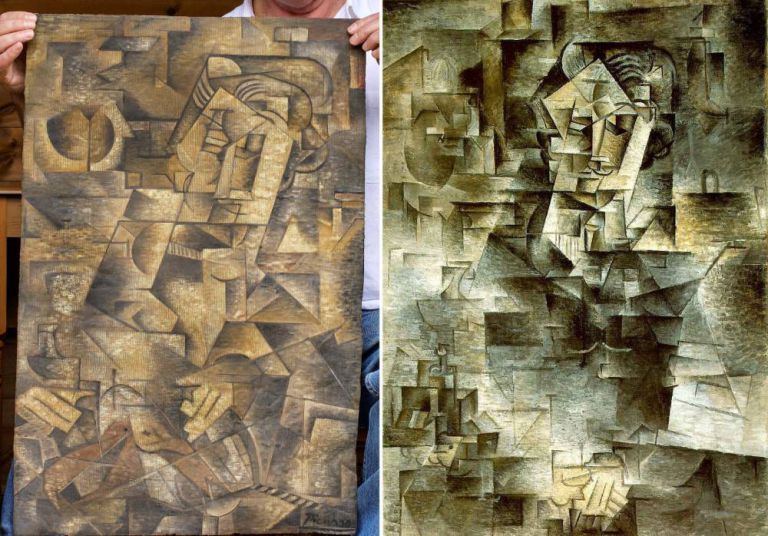 Currie had previously claimed the painting was given to his mother by a Russian soldier (Picture: SWNS)

‘In college he was known for being able to forge several famous painters work,’ she said.

‘For one of our exhibitions he recreated a Jack Vetriano painting, the one of the couple ballroom dancing on a beach, but with the twist of it being Methil beach in Fife.’

Currie, from Fife, would neither confirm nor deny the claims about copying other artists’ work.

He previously said that the painting in question had belonged to his mother, and that she had been given it by a Russian soldier.