A number of US museums fail to address Nazi-looted art claims, says report 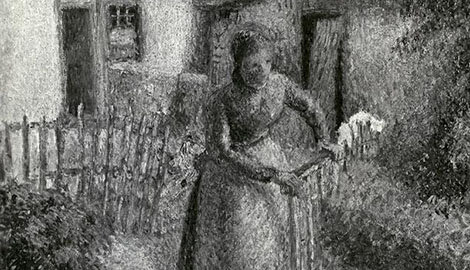 Major museums in the US have been accused of increasingly using legal technicalities to avoid returning artworks stolen by the Nazis.

A report by the The World Jewish Restitution Organisation (WJRO), published last week, said the Toledo Museum of Art, the Detroit Institute of Arts, the Museum of Modern Art in New York, the Museum of Fine Arts in Boston, and the Fred Jones Jr. Museum of Art at the University of Oklahoma were among the museums improperly defending Nazi-looted art claims, including those involving works that were sold under duress.

The dispute with the University of Oklahoma concerns Camille Pissarro’s painting Shepherdess Bringing in Sheep. The painting, owned by a French Jewish collector before it was seized in 1941, was sold in New York in 1956 and bequeathed to the university’s museum in 2000. The museum has refused to return it to the daughter of the original owner and has successfully blocked legal challenges with a series of technicalities.

Museums Journal contacted the University of Oklahoma about the matter, but has not yet received a response.

The WJRO said the American Alliance of Museums (AAM) had declined to take steps to ensure that museums live up to the standards it has set and that claimants are being deterred by “aggressive defence strategies”. It also said that the attitude of US museums runs “completely contrary” to that of those in European countries including Austria.

A statement from the American Alliance of Museums said that it was committed to ensuring museums act ethically and in accordance with standards. It also said it actively supports museums in addressing issues of provenance through a number of resources.

These include: a searchable registry of objects in museums collections that were created before 1946 and changed hands in continental Europe during the Nazi era (1933-1945); guidelines and recommended procedures on making provenance information accessible; standards regarding the unlawful appropriation of objects during the Nazi era; a guide to provenance research; and information workshops.

The US was instrumental in establishing the principle of returning works of looted art at a conference in Washington in 1998, but 25,000 items remain on the database of the Central Registry of Information on Looted Cultural Property 1933 – 1945.

The WJRO said work to return items remains unfinished and is likely to do so while defences such as statutes of limitations (that set the maximum time after an event when legal proceedings may be initiated) are applied by museums. The WJRO said these defences were cited in six of seven recent cases.

“As a result of these manoeuvres, no US museum has ever had to convince a court or a jury, on a full record, of the merits of the museum’s claim that it is the rightful owner of stolen Nazi art, and no claimants have had the chance to prove to a judge or jury – again on a full record – that the art at issue in fact belongs to them,” said WRJO’s report.

AAM promulgates a set of voluntary standards (Characteristics of excellence) and ethics (Code of ethics for museums) ethics.