Fife artist discovers a ‘Picasso’ in his attic 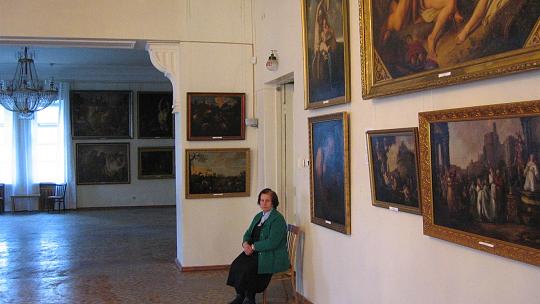 Dominic Currie with the painting.

Dominic Currie, 58, found the cubist portrait that had remained untouched in a suitcase for 55 years and even considered throwing it away.

It had belonged to his mother, who revealed only two years before she died that, during the Cold War, she had fallen pregnant to a Russian soldier.

She also revealed her Soviet lover had given her a painting but Dominic dismissed her story as fantasy – until he opened the suitcase himself.

Dominic, an artist-in-residence at Kirkcaldy’s Sailor’s Walk Gallery, said: “I saw a roll of cloth and thought that was the actual painting then realised there was a canvas rolled up inside.

“My son and I slowly opened it up and I saw a juggle of cubes and squares and thought, ‘What the hell is this?’

“We had to tease it open because it had been curled up for decades.

“I thought, ‘No, this can’t be’ then we looked at each other and burst out laughing.”

The family were shocked to see a Picasso signature at the bottom right-hand corner of the canvas.

In 1998, Dominic discovered his real father was Nicolai Vladimirovich, a Russian soldier whom Annette Currie, then only 19 years old, met in 1955 during a holiday to Poland.

Following their son’s birth the next year, the couple wrote regularly and occasionally reunited when Annette took trips to the former Soviet Union.

It was during one of these rare reunions that, according to Annette, Nicolai gave her a painting to sell, knowing she would struggle financially as a single parent.

Dominic said: “Maybe the Russian explained what it was but when she looked at it she thought it was the ugliest thing she had seen in her life.

“She totally dismissed it. Saying that, she never threw it out. She never threw anything out and I just thought it would be a suitcase full of rubbish.”