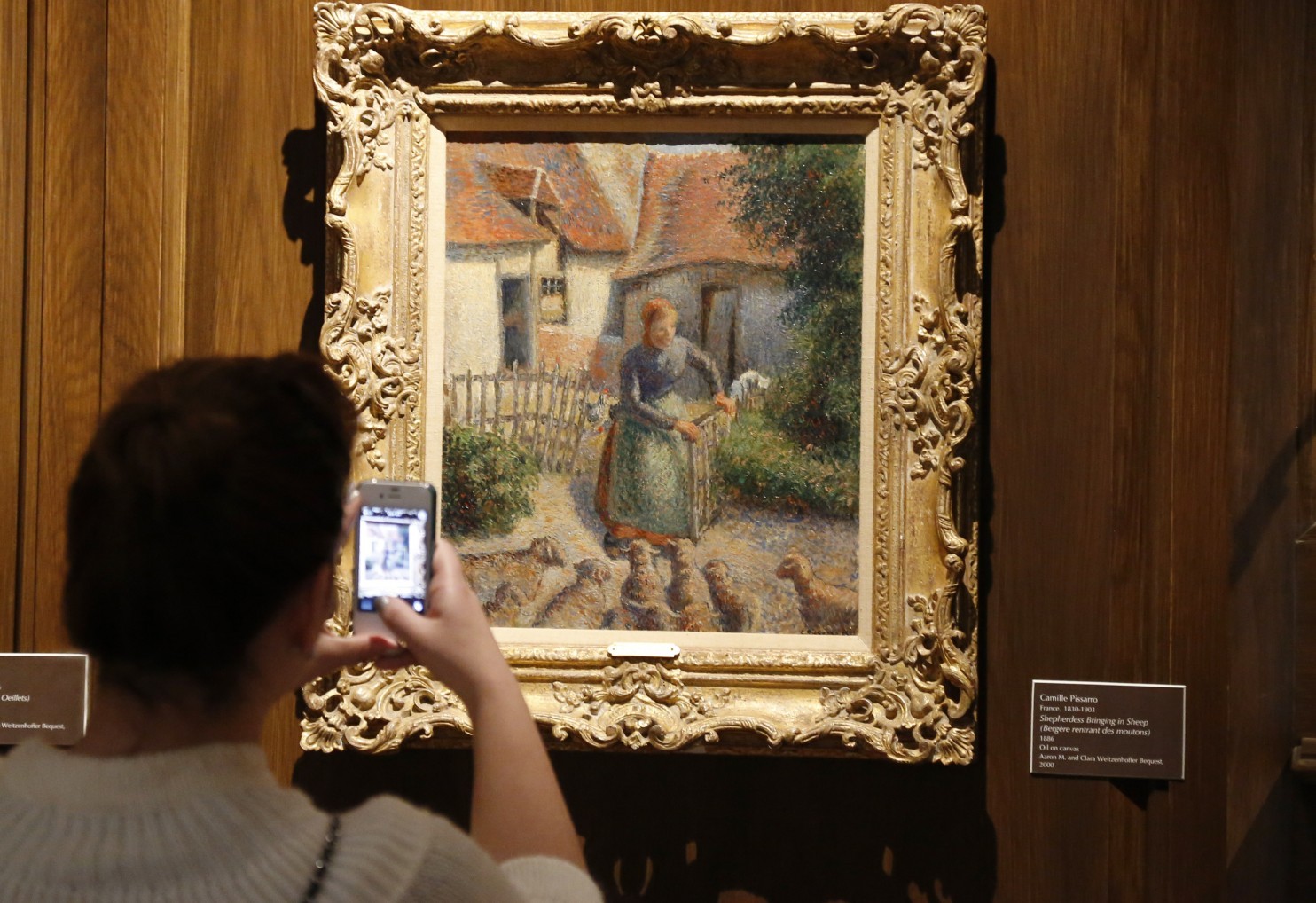 Two American museums, having acquired valuable artworks once taken by the Nazis, are now battling in court against the descendants of the victimized Jewish collectors to protect their multimillion-dollar assets.

And the approach is part of a strategy increasingly used by museums, according to a new report from an advocacy group highlighting the challenges that claimants face when trying to recover works stolen by the Nazis.

The Norton Simon Museum in Pasadena, Calif., and the Fred Jones Jr. Museum of Art at the University of Oklahoma have not denied that the works were stolen; attorneys for the museums are arguing, in part, that the families asking for the artworks did not move fast enough in making their claims. The works at stake are significant — a pair of 16th-century wood panels by Lucas Cranach the Elder depicting “Adam” and “Eve” at the Norton Simon, appraised at $24 million, and a 19th-century painting by impressionist Camille Pissarro valued at more than $500,000 in Oklahoma.

“I find it outrageous, and I’m embarrassed,” says Oklahoma state Rep. Paul Wesselhoft, whose resolution in the state legislature passed in May urging the university to properly research its collection. “With this artwork, we have definitive proof that it was stolen. We have copies of the Nazi documents. As an Oklahoman, I think it’s a moral outrage.”

Last week, the Jerusalem-based World Jewish Restitution Organization (WJRO), formed in 1993 to advocate for the return of Jewish property taken during the Holocaust, released a report on what it considers the unfair practice and called for federal legislation to help victims get a proper hearing of their cases. 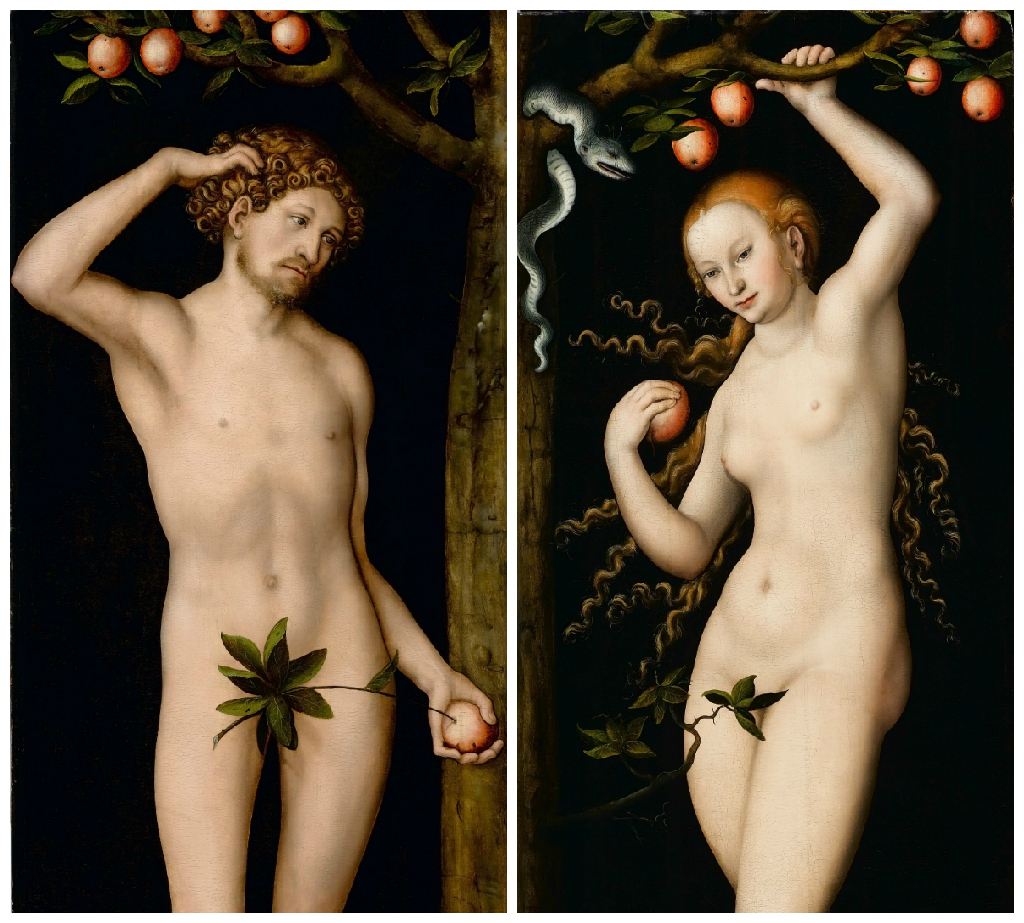 Lucas Cranach the Elder’s “Adam” and “Eve” were painted with oil on separate wood panels in the 1500s. (Courtesy Norton Simon Art Foundation)

The report highlighted the Oklahoma and Norton Simon disputes.

“It is immoral that seven decades after the fall of the Third Reich, stolen works of art — some from owners who perished in the Holocaust — still hang in museums across the United States,” Ronald Lauder, the billionaire art collector who also is chairman of the WJRO, said in a statement.

In a statement of its own, the Norton Simon Museum said it did not agree that the Cranachs should be returned.

“Having made multiple efforts to resolve this matter in a fair and just manner, we believe it is appropriate to ask the courts of the United States to rule as the law dictates,” the statement read, in part. “We will, of course, respect and abide by a final court decision.”

Restitution cases present a special challenge. They cut across international borders, where laws vary. They involve people who have died. And there is often no clear definition of when a claim starts and the statute of limitations begins to run. Is it when a family learns of a lost artwork? Is it when the family finds the lost artwork?

And should that even matter when a work was stolen by the Nazis?

In the United States, there are additional challenges. Museums acquired works in a frenzy in the decades after World War II, usually without researching their ownership histories. In recent years, stiffer ethical guidelines have been created — at international conferences in Washington in 1998 and the Czech Republic in 2009 — but there is no designated authority to enforce them. Some museums have devoted staff to research provenance. Others say they cannot afford the expense. 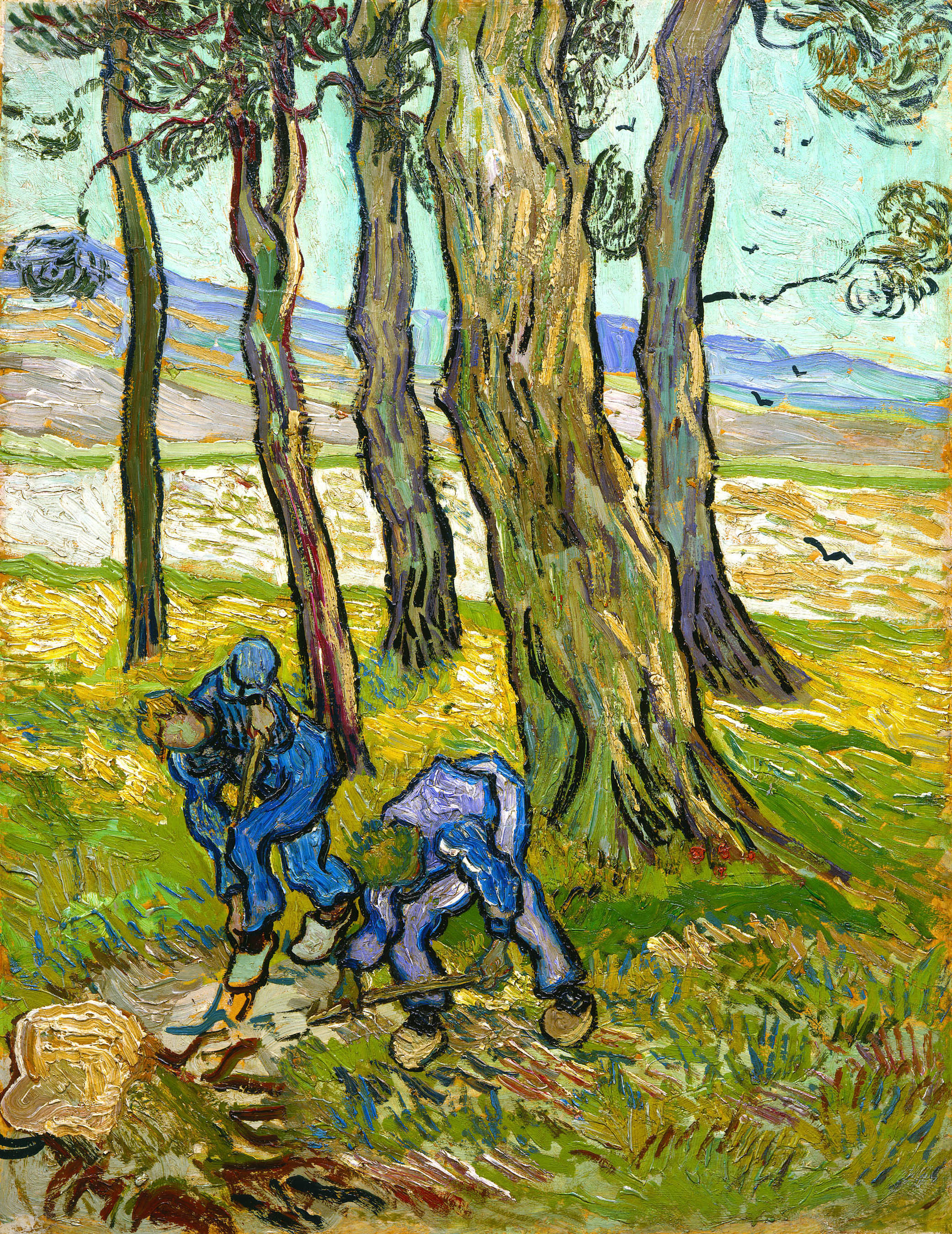 In the Norton Simon case, the museum agrees that Jacques Goudstikker, a Jewish art dealer, lost the works when he fled Holland during World War II in a forced sale to the Nazis. But the museum has raised questions about how he acquired them before the war.

The museum argues that the Cranachs were first stolen by the Soviet Union from a Russian family and then, in 1931, sold to Goudstikker. It cites a 1966 decision by the Dutch government to sell the panels back to the Russian family as part of a restitution. The family then sold them to the Norton Simon Museum in 1971.

Marei Von Saher, Goudstikker’s daughter-in-law, has been fighting for eight years to recover the works. After a series of legal setbacks, she won the most recent round in April in U.S. District Court in Los Angeles, keeping her case alive. Her attorneys maintain that the Cranachs were not taken from the Russian family but instead were taken from a church in Kiev before 1931.

“They are fighting on technical grounds to try to stop this claim notwithstanding the facts that we have,” says lawyer Frank K. Lord IV of Herrick, Feinstein in New York, which is representing Von Saher.

Officials at the Norton Simon declined interview requests, releasing a statement through the museum’s attorney, Luis Li, centering on its account of the earlier theft in Russia and the Dutch government’s resolution of the case.

“We reject a simplistic portrayal of this case,” it reads in part. “It is unacceptable to accuse a museum dedicated to the public display of art of acting immorally because it seeks to present these unique and complex issues to a federal court for resolution.”

From France to Oklahoma

Although years of legal proceedings have offered a window into the Norton Simon argument, the University of Oklahoma case is harder to pin down. The university declined to provide any details about research it has done on the Pissarro, “Shepherdess Bringing in Sheep.” The painting was given to the Fred Jones Jr. Museum in 2000, with more than 30 other works, by Aaron and Clara Weitzenhoffer, longtime supporters of the school who made their fortune in the oil business.

In a complaint filed against the university, attorneys for Leone Meyer, the French heir of the late Jewish collector Raoul Meyer, detailed the account gathered from their research. The painting was seized by the Nazis from a French bank holding Meyer’s art in 1941 and transferred to Switzerland, and it ended up being acquired by a dealer there. When Meyer discovered the painting’s whereabouts in the early 1950s, he sought its return. But a Swiss court ruled that the Swiss dealer did not acquire it “in bad faith” and rejected the claim. The Pissarro ended up at the David Findlay Galleries in New York. The gallery sold it to the Weitzenhoffers in 1956.

A statement from a university spokesman doesn’t dispute this account. It states that the Weitzenhoffers “undoubtedly purchased the painting in good faith from a reputable art dealer” and that “there has been no evidence — or even a suggestion — that the family or the OU Foundation were somehow involved in or complicit with any inappropriate activity.”

“Let’s just take the statement at face value,” says lawyer Pierre Ciric, who is representing the Meyer family. “That it was done in good faith. Guess what? Good faith in the United States is not a defense.”

Ciric says the museum had a responsibility when it acquired the work, in 2000, to properly research its ownership history. The Association of Art Museum Directors and American Alliance of Museums instruct members to do just that, according to their respective ethics policies.

“Do you think they’ve looked up what the provenance is? They don’t have a clue,” Ciric says. “The provenance work here was done by my client. And no one has ever doubted that Nazi forces walked into a bank in 1941, went to the director of the branch and told him, ‘You’re giving us those two crates or else.’ ”

The fundamental problem, Ciric and other advocates say, is that the museums have not followed the guidelines laid out in the Washington Principles on researching their collections and resolving claims. The nonbinding resolution was signed by 44 nations, including the United States, in 1998.

AAMD and AAM leaders say that museums are doing a good job and that the majority of claims are settled before any lawsuits. They say that court cases are sometimes unavoidable. The Museum of Fine Arts in Boston, for example, has been praised even by attorneys who represent families of Holocaust victims for its effort to resolve claims and return works. But the museum went to court after it could not resolve a dispute over a 1913 painting by Oskar Kokoschka. The MFA won that case, in 2009, on the basis of the statute of limitations.

The claimants “didn’t want to hear us out, so our choice was to wait for them to sue us or take this to court,” says Katherine Getchell, the museum’s deputy director. “We decided in the end that the risk of bad feelings and bad publicity was less than the risk with them taking us to court for what could have been a multiyear battle.”

The Detroit Institute of Arts, also criticized in the new WJRO report for going to court over Van Gogh’s “The Diggers,” had a similar case. Museum director Graham Beal says the museum spent 18 months and $500,000 to research the painting and determined that it was sold, in 1938, for fair market value and not under duress. The family making the claim disagreed. The museum, Beal says, was forced to file suit based on the statute of limitations.

“In the end, when you reach an impasse, there is no other way to turn,” Beal says. “This could have gone on and on. And we were hemorrhaging money. It was a last resort.”

Lawyer Thaddeus Stauber — who represented the Detroit museum, is representing Oklahoma and is considered one of the leaders in defending museums — says that building a case around the statute of limitations is generally less expensive than facing a broader inquiry. The key is for the museum to have already done the research to prove it should keep the works in question.

“The claimant community has done a marvelous job in the public relations side saying there is something awry here,” says Stauber, who declined to discuss the Oklahoma case specifically. “But if you look at the track record of the cases in court, we don’t lose. I’d like to say it’s because we’re good lawyers, but it’s because, ultimately, the historical research bears it out.”

That’s why even Thomas Kline, a Washington-based attorney who has represented many claimants and some museums in disputes, says the WJRO made a mistake in criticizing the MFA, Detroit and the Toledo Museum of Art, in a similar case, in its report.

“Those were weak cases,” he says. “I’m not in favor of museums filing declaratory judgments, but on the merits, I think it’s hard to argue with those three cases.”

The Norton Simon and Oklahoma cases, observers say, are different.

In April, a ruling in U.S. District Court in Los Angeles denied the Norton Simon Museum’s attempt to dismiss Von Saher’s lawsuit. And in Oklahoma, pressure is building for the university to find a way to resolve the case.

Kline says the pressure from the Oklahoma legislature adds a wrinkle, particularly because the university receives public money. The museum may find, as time passes, that it simply can’t continue to defend itself.

“There’s a limit to how much bad publicity a museum can withstand,” he says.