Stolen art? Why no one can say for sure

One of the main art databases, the Art Loss Register, has issued certificates for works looted or subject to recovery claims 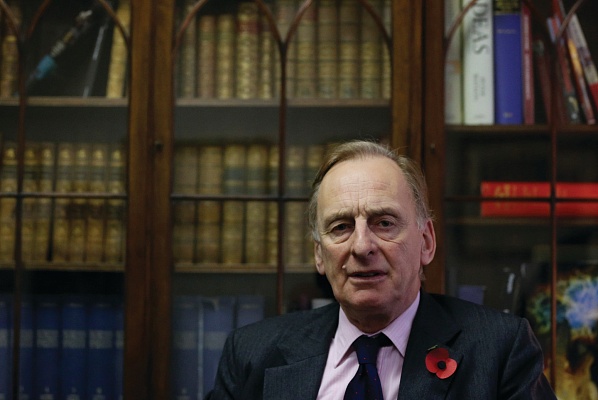 Julian Radcliffe, the founder of the Art Loss Register

The Art Newspaper has discovered that the largest and most powerful due diligence service used by the art world is at the centre of three separate provenance disputes, two of which are working their way through international courts.

The Art Loss Register (ALR), a company founded by Julian Radcliffe that works with law enforcement officials worldwide, more than 80 auction houses, most major art fairs and innumerable collectors and dealers, has provided certificates confirming that works of art were free from claim, when they were in fact subject to claims by third parties or stolen.
“It’s incredibly frustrating because it doesn’t matter what you do,” says one affected person, who asked to remain anonymous. “You do everything you can to check a painting is clean, and it’s useless. How can you protect yourself? You can’t.”

The cases illustrate a key problem with certificates issued by the ALR: the company relies on information submitted by the person who is seeking to clear a particular work of art and this information is not always independently investigated. If false information is provided, either deliberately or inadvertently, then a certificate could be issued based on this.

The ALR is unwittingly caught up in the case against disgraced art dealer Subhash Kapoor, who awaits trial in India on charges of trafficking thousands of stolen objects. Kapoor obtained ALR certificates clearing some of these works, according to records unearthed by our Los Angeles contributor, Jason Felch, who reports in this issue on Kapoor and the international museums he sold stolen art to. Major museums such as the National Gallery of Australia relied upon these certificates. Meanwhile, the Los Angeles County Museum of Art has recently requested an ALR search into the provenance of the 62 objects connected to Kapoor in its collection. 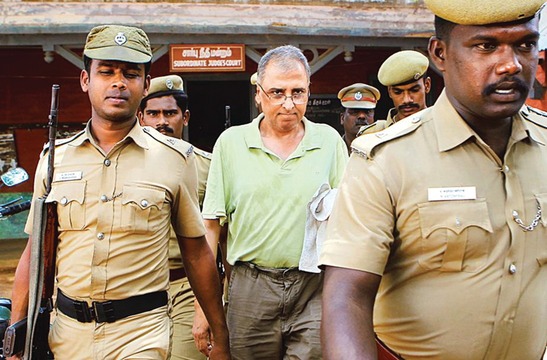 “Certificates were indeed issued to Mr Kapoor’s gallery,” says James Ratcliffe, the ALR’s director of recoveries and general counsel. “None of the items for which a search had been submitted were on our database… Indeed, in some cases the provenance provided to us by Mr Kapoor was false.” He adds: “Our certificates make clear that not all thefts are reported to us, and that a search with the Art Loss Register cannot excuse the undertaking of further due diligence if such an exercise is appropriate.”

The ALR has also been implicated in the alleged fraud unravelling around Yves Bouvier, the Swiss founder of Luxembourg’s Le Freeport, and Dmitry Rybolovlev, the Russian billionaire art collector who bought numerous Picasso works from him. The daughter of Jacqueline Picasso, Catherine Hutin-Blay, says two Picasso paintings sold to Rybolovlev by Bouvier were stolen from storage by business associates of the dealer, as reported by our Paris correspondent Vincent Noce.

There is no suggestion that Rybolovlev knew the works he purchased were stolen. He is co-operating with French police. A lawyer for Bouvier told Noce that his client asked for certificates from the ALR for all the paintings he bought, demonstrating that they had not been registered as “missing or stolen”.

The ALR has “no record of requests for certificates directly from Bouvier”, Ratcliffe says. “Searches were submitted over two years ago from a corporate entity based in Switzerland for pictures which match the descriptions of the Picasso works that are now reported to have been stolen,” he says. “Certificates were issued because the pictures were not on our database. We are liaising closely with the French police in relation to this matter.” 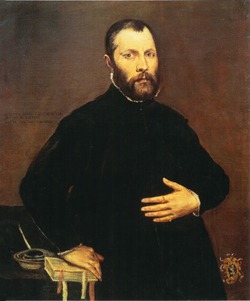 El Greco's Portrait of a Gentleman (1570), reproduced by permission of The Commission for Looted Art in Europe
We have also confirmed that the ALR cleared from claim, on at least two occasions, an El Greco painting seized by the Nazis from its war-time owner Julius Priester. Portrait of a Gentleman (1570) was one of numerous works taken by the Gestapo from the collection of the Viennese industrialist, who fled the Third Reich in 1938.

It was recently returned to Priester’s heirs after the Commission for Looted Art in Europe (CLAE) spotted the work on a New York dealer’s website and filed a claim. Working with Art Recovery International, the firm representing the dealer who owned the painting, a settlement was made.

The Art Newspaper has obtained a copy of the claim document filed by the CLAE. This describes the extensive efforts that were made to locate the work by Priester, who died in 1955, and then his former employee, Henriette Geiringer, between the late 1940s and the early 1970s. Efforts resumed again after the 1998 Washington Conference on Nazi Confiscated Assets. In 2000, a new heir was appointed to Priester’s collection, Kurt Schindler, who, according to the claim document, “contacted the Art Loss Register, the Holocaust Claims Processing Office, Sotheby’s and many other organisations, lawyers and researchers providing them with details of the missing works of art”.

Anne Webber, the director of the CLAE, says she has evidence of “extensive correspondence consisting of letters, emails and faxes” between the ALR and the heirs dating back to 2001, including a “comprehensive section on the El Greco, with images of the painting”. She says that, in 2004, the ALR told the heirs that the El Greco had been included in an exhibition in Crete in 1990. The heirs then found out that a London dealer had sent the painting to the exhibition, and that it had been returned to him afterwards. The heirs “conveyed this information to the ALR”, Webber says.

We asked the ALR about the extent of its correspondence with the heirs. The organisation initially said that its “first recorded contact” was in “August 2005… seeking clarification as to who the heirs were—the number and identification of the heirs appears to have been an issue at times”, Ratcliffe said. This contact concerned the Priester collection as a whole, not the El Greco painting specifically.

The ALR has since revised its statement. “We have been looking further at the Priester case,” Ratcliffe says. “With the extra time available we have now tracked down some earlier correspondence... going back to 2001.”

The ALR says it initially registered four works from the Priester collection on its database that year. These did not include the El Greco painting because relevant information, such as the title, date or dimensions of the work, was not provided, Ratcliffe says. In 2006, he says, the ALR offered to register the works free of charge, and told the heirs that more information was needed in order to do so. “They did not in fact take us up on the offer or provide the further information requested,” he says. In around 2010, the ALR added another 12 works from the Priester collection to its database, but “the El Greco was not amongst these”, he says.

The CLAE is “puzzled by the ALR’s statement about the registration”, Webber says. “The ALR was provided with details and individual photographs of the missing paintings in 2001.”

The ALR issued a certificate clearing the work from claim in 2012 at the request of an unidentified art dealer. In 2013, it investigated the work again at the request of an unidentified auction house. On this occasion the ALR did not issue a certificate “as further provenance was requested, but not provided”, Ratcliffe says. He also notes, however, that the ALR does not typically issue certificates for auction house searches since “the level of searching reflects the amount the auction houses are willing to spend” and “given the volume of lots we search in their catalogues each year”, a search “where a certificate is offered is not feasible”.

This highlights another key problem with ALR investigations. Put simply: you get what you pay for. The ALR is a commercial organisation that makes money by searching its database and researching works on behalf of clients. The more you are prepared to pay, the better the level of investigation.

In 2014, the ALR checked the painting against its database and cleared it for exhibition at The European Fine Art Fair in Maastricht. It was then intended for display at Frieze Masters in London in October 2014, according to Goop, the website run by the actress Gwyneth Paltrow. But before the fair opened, the CLAE had filed its claim and was in negotiations for the return of the work.

The Art Newspaper has obtained a copy of the 2012 certificate issued by the ALR. The undated provenance (“Vienna, Ritter von Schoeller” and “New York, Knoedler Gallery”) was “provided by the gallery that submitted the search. It was taken on trust… and not queried further as neither element raised a red flag”, Ratcliffe says.

At this point, if the ALR had contacted the CLAE or the Holocaust Claims Processing Office (HCPO), with which the heirs had registered the El Greco painting in 2004, it would have discovered that the painting had been looted by Nazis. The ALR routinely searches its own database, which details around 450,000 objects, and “depending on the level of search”, will also check other databases, Ratcliffe says. Nonetheless, it does not “check every item” with the HCPO. “There are 360,000 searches a year and these cannot all be run past the HCPO,” he says.

The ALR failed to spot a 2004 article in the Sunday Times specifically about the missing El Greco painting. The ALR says it monitors “news and media all over the world every day”, according to Ratcliffe. But,“it is not a usual part of an ALR search to review past media stories regarding a picture, and thus we would not have been looking for it”, he says. “As far as we are aware, the snippet in the Sunday Times Biteback column was not illustrated and thus it would have been difficult to be certain that the work searched by the ALR was the same one.”

While Priester is on the ALR’s Red Flag List of more than 3,300 victims and perpetrators, his name was not “included in the provenance provided to the ALR”, in 2012 by the unidentified dealer, Ratcliffe says, and so was not searched for any connection to the El Greco painting under investigation.

These cases expose the data gaps in due diligence searches. They highlight “a significant difficulty for those seeking to ensure the integrity of the global market for cultural property in that many losses are unknown or not circulated,” Ratcliffe says. But an equally grave problem is that there is no obligation on organisations such as the ALR to fully investigate objects by working with other organisations to access all the data available.

Yet, in the absence of a better system, the art world and international law enforcement has granted the ALR considerable power. While the task of tracking the millions of stolen or looted objects around the world is Sisyphean, the only way to improve current practice is to increase collaboration between organisations, public and private, and ensure that all information is shared as widely as possible.