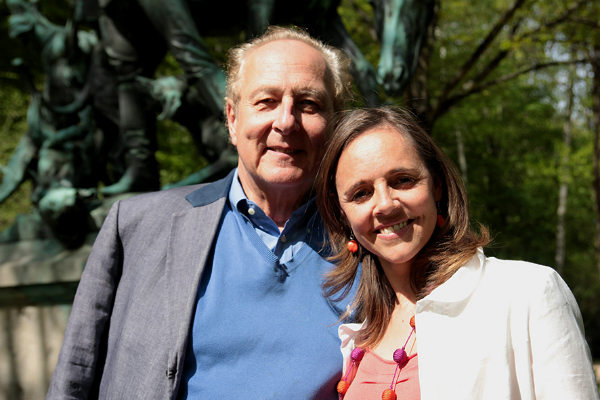 Artworks belonging to the House of Ascania, also known as the House of Anhalt, were recently discovered in a Ukrainian museum. The family's last patriarch, Eduard, Prince of Anhalt, has demanded that the works be returned, Art Magazin reports.

Eduard has urged to German politicians to address the issue and cooperate with the Ukrainian government on the restitution of the artworks.

He recently found out that portraits of family members from the House of Ascania are exhibited in a museum in the Ukrainian city of Poltawa. They are “an important cultural and historical document—for the family, for Saxony-Anhalt, and for the whole of Germany," the prince told the Mitteldeutsche Zeitung.

The paintings, which disappeared from the family's castle in Dessau after WWII, have been considered lost or destroyed since 1945. But Eduard spotted them on the museum's website. Other paintings considered lost for decades have recently been restituted to Germany (see US Returns Five Paintings Looted by GIs During WWII to Germany).

In 1990, after the fall of the Berlin Wall, Eduard successfully sued to regain ownership of his family property, Schloss Ballenstedt, which had been confiscated by the Communist regime in the GDR.

The looted family portraits might be of interest for other European royal houses, as Eduard is also related to the British royals.

However, he also has some famous non-hereditary relatives. Eduard's aunt, Marie-Auguste of Anhalt, faced grave financial difficulties in her final years. As a result, she adopted several adults in exchange for funds, effectively selling claims to her royal name. In 1980, she adopted the socialite Hans Robert Lichtenberg, who took the name of Frédéric, Prince of Anhalt, and subsequently married actress Zsa Zsa Gabor in 1986.