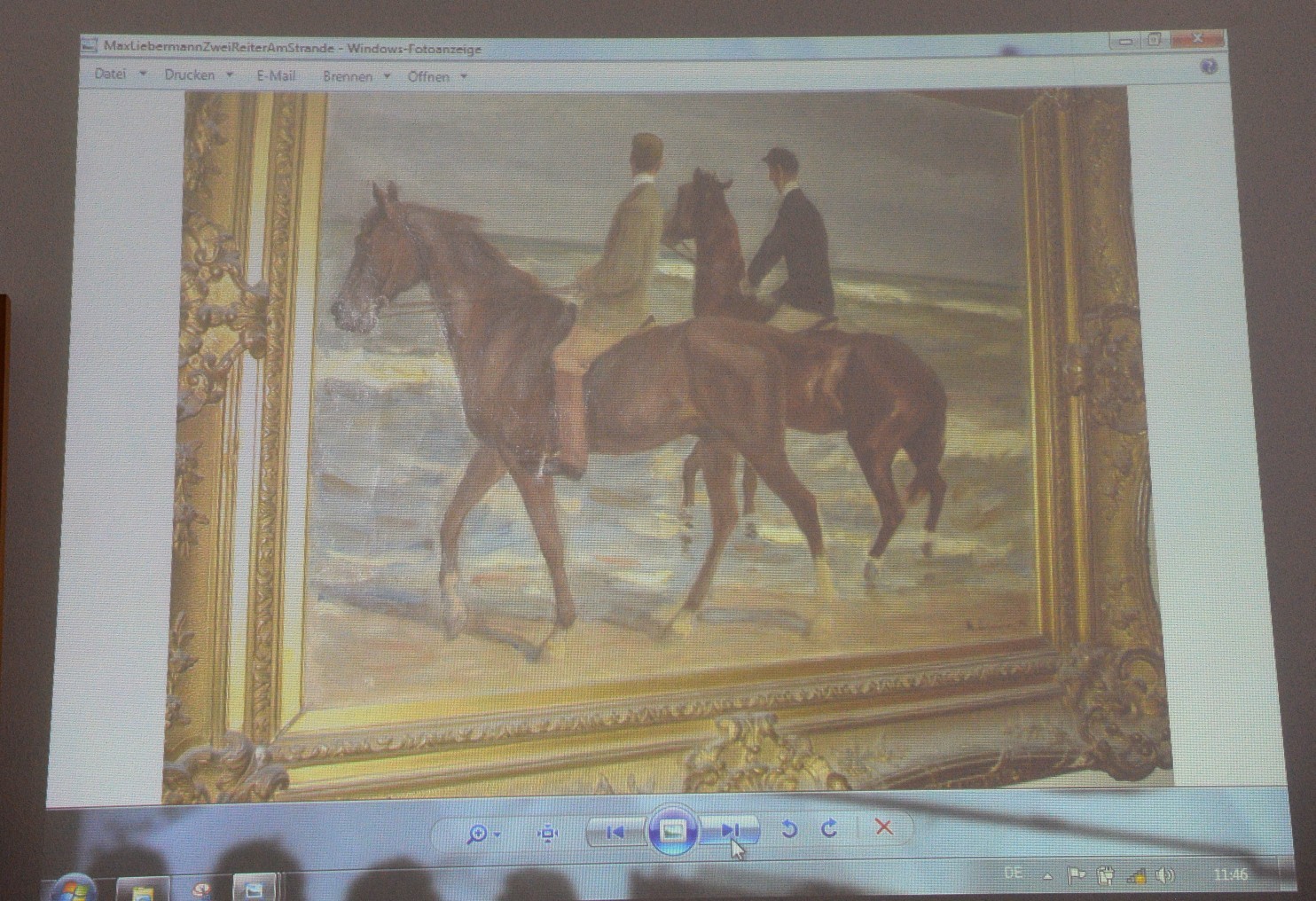 This 2013 file photo shows a painting from Max Liebermann, "Zwei Reiter am Strande" ("Two riders on the beach") that is projected on a screen during a news conference in Augsburg, southern Germany. (Kerstin

The Nazi bureaucrats had zeroed in on David Friedmann’s art collection and were scheming to lay their hands on it. They had gone through his villa in Breslau, Germany, noted the paintings and ordered him not to sell anything.

Although Friedmann was Jewish, the local Nazi official in charge feared he lacked the authority to “secure” the art for the Reich. So, on Dec. 5, 1939, he wrote Berlin: There were works by the German impressionist Max Liebermann, among others, whose sale could bring the Reich needed revenue.

Authority must have come, because a Liebermann painting, “Two Riders on the Beach,” soon vanished, along with other art the Nazis looted across Europe.

This week, 75 years later, Friedmann’s descendants finally got it back. 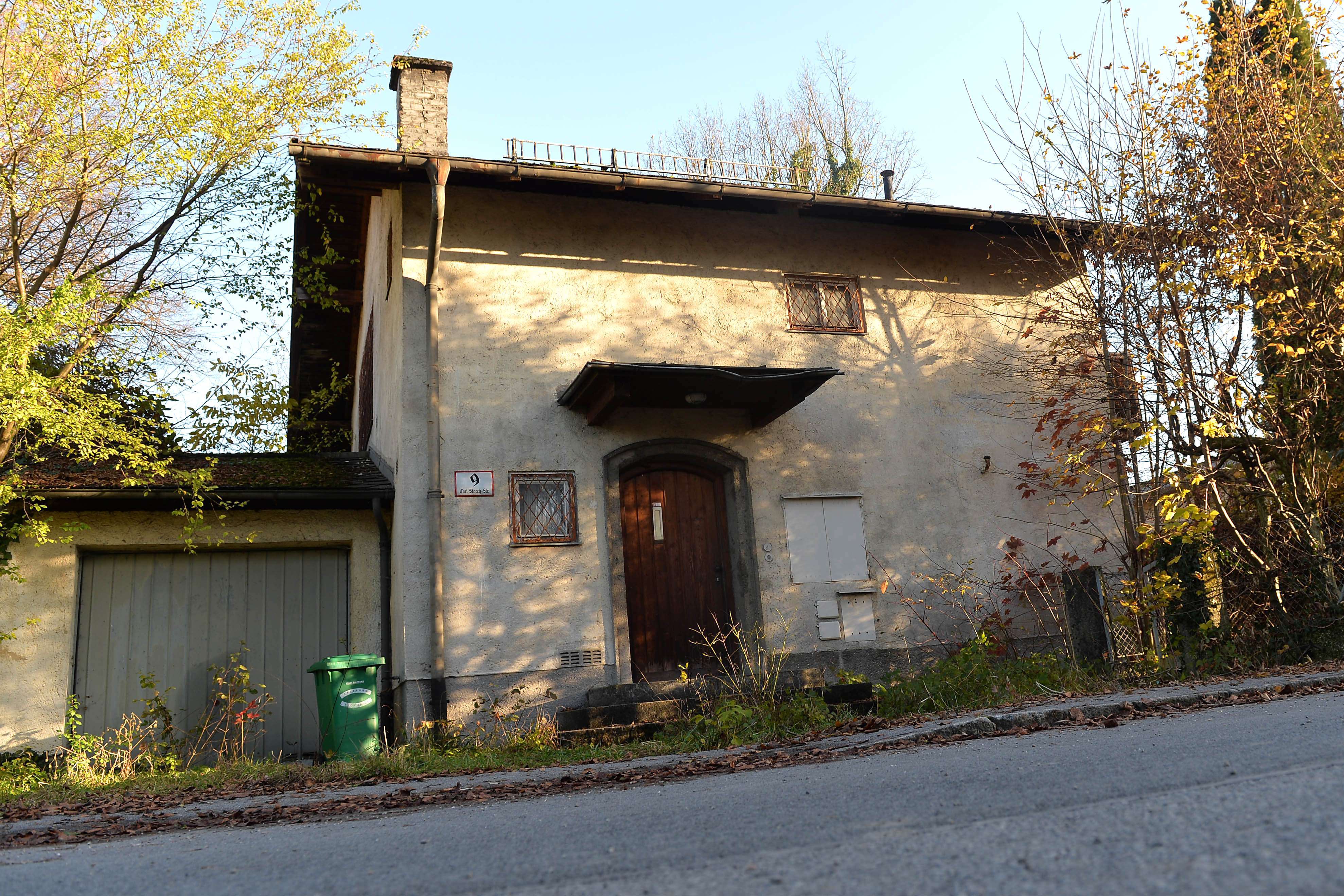 The collector’s grand-nephew, 90-year-old David Toren, said in an interview Friday that the painting had been returned to his representatives in Germany on Wednesday.

Toren, who lives in Manhattan, said he was pleased to get the painting back but noted that he has been blind since 2007. He said he had a contract with an auction house and was not free to talk further about the piece.

Earlier in the week, though, after a German inheritance court cleared the way for the painting to be returned, he said, “I’m very happy. Although, as far as I’m concerned, it’s all very theoretical because I’m blind. I’ll never see that painting. I mean, I saw it when I was a little boy. But it’s the principle.

“My parents were killed in Auschwitz,” he continued, “and the rest of my family, except a brother, too. So I am very happy that I have a victory.”

The painting depicts two young men riding horses along the edge of the surf under a glowering sky.

The piece was among 1,400 artworks, including paintings by Matisse, Chagall and Picasso, that were confiscated in 2012 from the Munich apartment of the late Cornelius Gurlitt, the reclusive 81-year-old son of the Nazi art broker Hildebrand Gurlitt.

Toren said his is the first family to have a painting returned from the Gurlitt hoard. 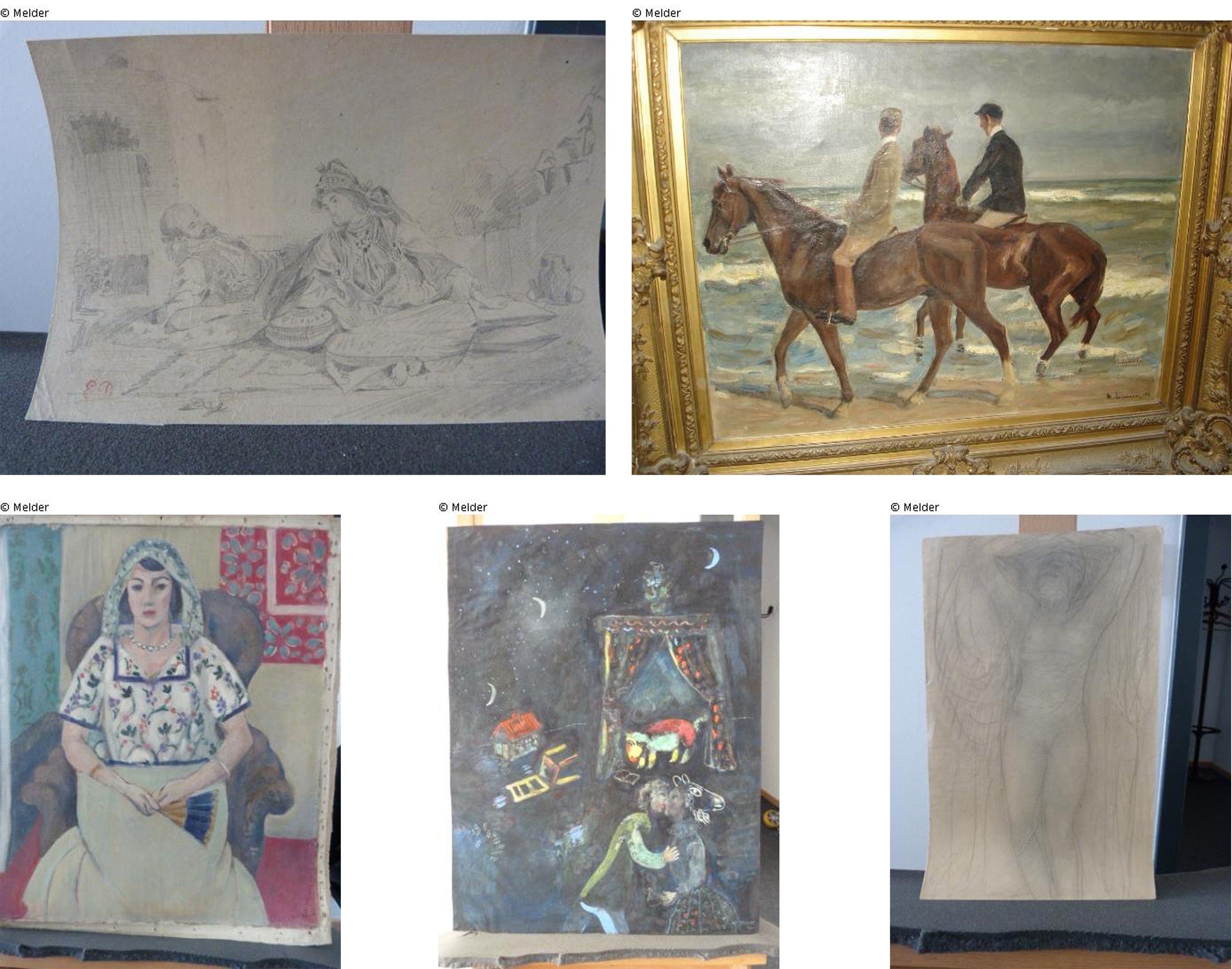 A combo made of handout photos made available by German prosecutors of Augsburg on the German Federal official website www.lostart.de shows five paintings.

A second painting, Henri Matisse’s “Femme Assise,” was also returned to descendants of its owner Friday.

In 2013, when German officials revealed the existence of the trove, they held a news conference and showed the Liebermann painting and several others as examples, according to Toren and a lawsuit he filed in Washington last year to retrieve the work.