Malevich work was returned to heirs after legal battle with museum 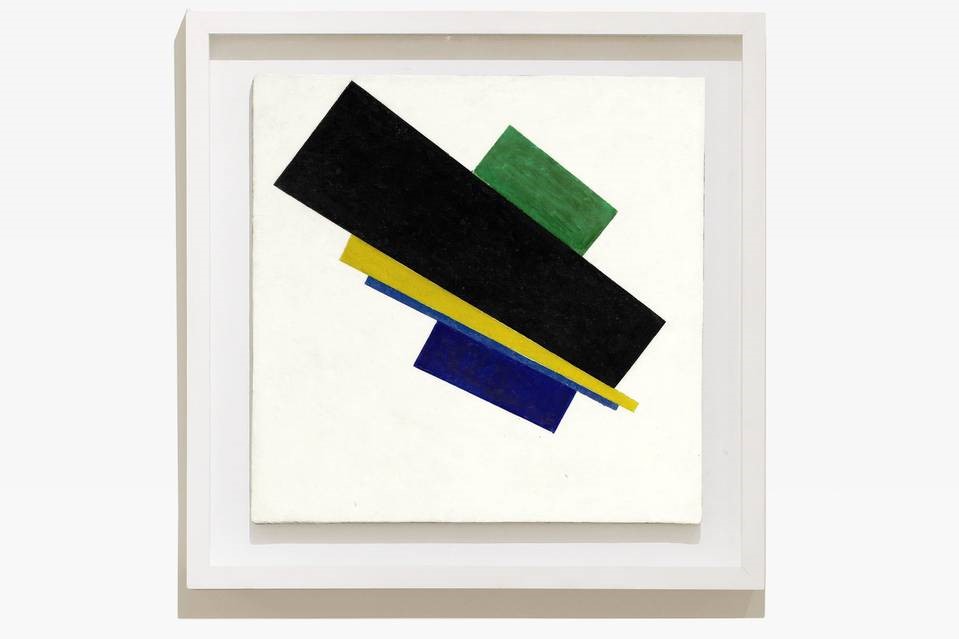 BERLIN—Sotheby’s will ask between $30 million and $45 million for a seminal abstract painting by Kazimir Malevich at an auction in June in the latest example of how artworks once stolen or unjustly sold during World War II and now being restituted are shaking up the market for blue-chip artists.

Sotheby’s on Monday confirmed the price range for “Suprematism, 18th Construction,” which will go on sale at the auction house’s Impressionist and Modern sales on June 24 in London. It is one of five restituted to Malevich’s roughly 35 heirs in 2008 by Amsterdam’s prestigious Stedelijk Museum after a 17-year legal tussle.

The work is the latest in a series of valuable artworks lost or looted during World War II that have come to auction after being restituted to original owners by major museums. These artworks are subsequently resetting market values for masters including Camille Pissarro, Edvard Munch and Gustav Klimt.

Often ill and under investigation by Soviet authorities, Malevich created only about 30 similar works, most of which are in museums. Monaco-based dealer David Nahmad set the artist’s record in 2008 when he bought the pastel-colored 35-inch-by-28-inch “Suprematist Composition” from 1916 for $60 million, also part of the Stedelijk settlement.

While the estimate for “18th” is almost half that, Sotheby’s and rival Christie’s set modest estimates to attract hopeful bidders and increase their chances of selling a work for above the high estimate, which typically triggers a 2% “success fee” added onto the final price.

The 21-inch-by-21-inch Malevich that Sotheby’s is offering in June is from 1915, which curators regard as the zenith of the artist’s career, and has already garnered academic recognition that will ensure price stability if the work is resold. The Tate Modern featured it in a well-attended Malevich retrospective last year and Switzerland’s Fondation Beyeler has already requested that its buyer lend the painting to its Malevich exhibition in October.

The work’s bold colors and stark white background keep it from appearing too “dated,” a trait often admired by curators but shunned by many buyers hoping to integrate a masterpiece within a contemporary collection.

“You don’t look at it and think ‘that looks 100 years old,’ ” says Sotheby’s specialistHelena Newman. “It fits with postwar art.”

Malevich died nearly destitute in 1935, alienated from Russia’s position that art should extol Soviet themes and virtues in a figurative manner, condemning abstract artists to marginalization.

Until losing his battle with cancer, the Kiev-born artist fought to retrieve 70 artworks he left in Berlin in June 1927, including “18th” and Mr. Nahmad’s purchase.

The Art Institute of Chicago bought a third work from the restituted quintet, “Painterly Realism of a Football Player-Color Masses in the 4th Dimension,” via a private deal arranged by Larry Gagosian in 2011. Though that price was undisclosed, the museum that year sold four works by Pablo Picasso, Henri Matisse and Georges Braque through Christie’s for $16.1 million total to finance its Malevich.

The artist had left his art in a Berlin warehouse in 1927 when Soviet leaders, worried Malevich might become a spy, forced him to leave Germany and return to Leningrad. A Hannover museum hid the art trove in its basement after Adolf Hitler’s rise to power in 1933 and the dictator’s condemnation of Malevich as “degenerate.” A German friend of Malevich sold the works to the Stedelijk in 1958, pocketing the profits.

The Stedelijk declined to comment on the Sotheby’s sale.

The coup by Sotheby’s in obtaining the Malevich commission comes after its $259 million sale of Impressionist and Modern art at its Bond Street, London, location in February.

Christie’s sold $122 million in the same category that same week.

Last week, Sotheby’s sold $368 million at its Impressionist and Modern sale in Manhattan. Christie’s will hold its equivalent sale on Thursday.

The June sales begin with Christie’s on June 23 followed by Sotheby’s on June 24.


Corrections & Amplifications:
Sotheby’s will ask between $30 million and $45 million for a seminal abstract painting by Kazimir Malevich at an auction in June. An earlier version of this article incorrectly gave the range as $35 million to $45 million. (May 11)