The Munich District Court handling the trove left behind by the late Cornelius Gurlitt, who inheritated nearly 1,500 works of art from his father Hildebrand, one of the foremost art dealers of the Nazi era, has authorized the return of the first two paintings to heirs of the rightful owners. 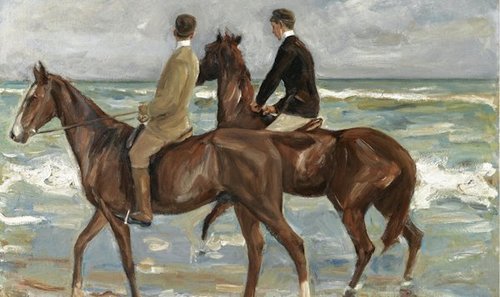 The court said on Tuesday that it had approved the handover of Henri Matisse's 'Woman Sitting in an Armchair' and Max Liebermann's 'Two Riders on the Beach' after both potential heirs to Gurlitt's collection endorsed the move. The judge did not reveal to whom the paintings would be released, and where, because of data protection laws.

The Bern Kunstmuseum whiich accepted Gurlitt's bequest of his entire collection last November, and a cousin who is challenging Gurlitt's last will, both promised to ensure any Nazi-looted pieces would be returned to their owners or the latters' heirs.