Art, the Rothschilds and the Nazis

April
The Telegraph 9 May 2015
By Hannah Rothschild 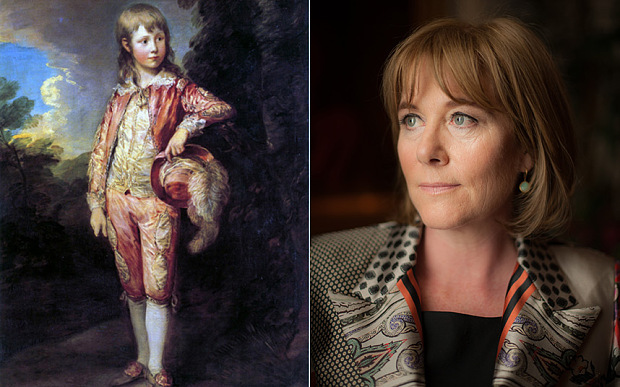 In the mid 19th century, the patriarch of the Rothschild dynasty, Mayer Amschel Rothschild, his wife and their thirteen children were confined by law to a house measuring only 14 foot wide in a squalid ghetto in Frankfurt. There, life expectancy for a Jew was 58% lower than a gentile living a mere street away. One contemporary traveller wrote 'even those who are in the blooming years of their life, look like the walking dead. Their deathly pale appearance sets them apart from all other inhabitants in the most depressing way.’ Less than a century later, Mayer Amschel’s heirs owned some of the most fabulous, treasure-filled palaces in Europe. Their ascendency was aided by financial acumen, close family ties, hard work and by owning art.

My forebears realised that while business deals were initiated in the boardroom, they were finessed in the ballroom. In 19th century England, a seamless line ran from the Houses of Parliament to the country house party; hence the family set about making their mansions statements of power and magnificence. By buying artefacts and paintings which had once belonged to Kings, Queens, Emperors and Popes, the Rothschilds were, as many had before and many would do afterwards, tying their own history to a more illustrious past. 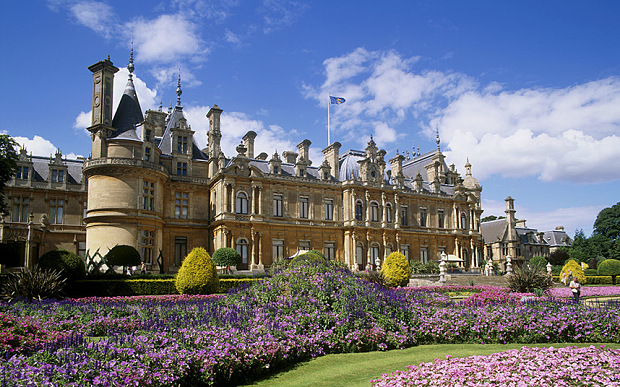 They acquired the panelling of Bourbon Kings, the furniture of Louis XV, the paintings of Catherine the Great as well as Gobelin tapestries and Sevres Porcelain. Using the auction houses and salesrooms as battlefields, they quashed their opponents driving prices to unprecedented heights. This sent out an important message: we like winning and we are not just financiers. Their houses were glorious statements: huge, three-dimensional calling cards announcing their arrival. In the early days the Rothschilds had to travel to their clients; by the late 19th century, the great and the good, Kings, Queens, Shahs and statesmen, flocked to see them.

Writing in his unpublished memoir, Ferdinand de Rothschild defended the family’s penchant for expensive art. 'Their purchases,’ he wrote, 'have been cautiously and unostentatiously made and, as a rule, they have avoided publicity in their transactions.’ Ferdinand genuinely loved and was knowledgeable about art.

His collecting began in earnest following the tragic death of his wife and child: Waddesdon Manor, in Buckinghamshire, became his surrogate family. Only a few records of what he spent survive; he acquired Gainsborough’s Pink Boy for £5,512 and broke the record price for a piece of furniture, Marie-Antoinette’s desk, at £6,300. With hindsight and even after adjustments for inflation, these were fairly piffling sums by today’s standards where paintings regularly fetch over $100 million and the annual trade in art is over $55 billion. He was also extremely generous and created the Waddesdon Bequest at the British Museum, giving that institution a collection of 'Wunderkammer’ to rival the Wallace.

Other collectors have been prepared to risk war and bankruptcy in pursuit of an acquisition. Frances IX of France spent half his country’s annual expenditure in 1239 on the holy crown purportedly worn by Jesus. Napoleon paraded his spoils of war- pictures, sculptures and precious jewels- through the streets of Paris to represent the transfer of power from Italy to France. Those studying the history of collecting might doubt the motives of an art collector. Some see it as a sound investment, others as a tangible association with rarity and beauty. A few see ownership as a form of conquest and one-upmanship. Others use it as a form of posterity. I wonder what percentage actually buys art for love of it

The decision to set my new novel in the art world was easy: where else can you find such outlandish characters, ludicrously high stakes and diverse motives? The quandary was whether to centre the plot on modern art or old masters; one of my characters opines, 'Old masters are all warm white wine and nibbles, blue stockings, tweeds and terrible ankles. Modern art is martinis and sushi.’ Despite the allure of the new, I chose the old and more rarefied.

This still left an enormous time frame spanning 44,000 years; from the earliest cave paintings to the mid 20th century. A novel set in Palaeolithic Indonesia would have involved other kinds of hunter-gatherers; one based in the Renaissance would have featured Florentines; a story based in the early twentieth century needed New York Robber Barons. I plumped for the early twenty first century London. My modern day Medici or Rothschilds include a Sheika from oil soaked country, an exiled Russian Oligarch, an American widow, a desperate hedge fund tycoon as well as a French President and British Prime Minister with waning powers. All are desperate to use art to shore up their reputations and fortunes.

The price of a work of art is set by desire. Paintings are just pieces of canvas covered with oil paint with no intrinsic worth. The value of art is a constantly moving index set by how much someone wants to own it and who else is willing to fight for it. Prices fluctuate wildly, blown about on the winds of fashion, culture and custom. One generation’s stunning success, is another’s cast-off. Perhaps the best definition of a masterpiece is something that lots of people like.

The heroine of my novel is a young woman, Annie, who knows nothing about art; she buys a painting on a whim for her lover. She has no idea that the picture holds the clue to a terrible secret that someone wants buried at any cost, including murder. To develop this sub-plot, I turned for inspiration to a darker episode in my family’s history: the Second World War. Between 1939 and 1944, the Nazis confiscated, stole (or in some cases bought at knock-down prices) tens of thousands of works of art from European Jews, other undesirables and political opponents. Some estimate they stole more than twenty per cent of all art ever made. The Nazis had two major objectives. The first was to plunder Europe’s finest cultural artefacts. The best was syphoned off for Hitler’s pet project; a purpose built pre-eminent art museum in Linz. The second objective was to eradicate Jewish culture.

From the outset, the Nazi Party used my family as the model for the apotheosis of evil Judaism. Their enmity did not stretch to the family’s goods and chattels and they confiscated over 5,000 works just from the French branch including masterpieces by Rembrandt, Velasquez, Rubens and Titian as well as millions of books, manuscripts, Judaica and other precious objects. By February 1941, the Nazis rounded up 42 crates of Rothschild artefacts: H1 to H19 were to go to Hitler; G1 to G23 were to go to Goering. Hitler’s included Vermeer’s 'Astronomer’ and Boucher’s 'Madame de Pompadour’. Goering had to make do with works by Cranach, Fragonard and others.

Thanks, ironically, to meticulous cataloguing by the Nazi’s Paris-based ERR looting organisation; the French branch of the family got many works back soon after the war. It took an Austrian cousin, Bettina Looram, sixty years to regain her heirlooms. Recently a Dutch Old Master stolen during the war, turned up in Nazi Art expert Bruno Lohser’s Swiss bank vault. Other precious objects and pictures are still missing. Although nearly seventy years have passed since the end of the Second World War, stories of recovered Nazi Looted Art are not uncommon.

When Annie’s life is threatened, she is forced to try and solve the puzzle of her 'junk shop’ discovery in order to understand why someone is so keen to get it back. Maybe it is part of a Nazi hoard? Or has she become embroiled, unwittingly, in an international money laundering scam or in an inheritance racket? The more Annie finds out about the art business, the more quickly she longs to escape.

Conversely the art world is one of my favourite places: I adore the intrigue, the uncertainty and the people, the issues and the excitement. I am fascinated by the histories of each work and who owned them. I revere those who devote their life to scholarship and admire those great philanthropists who donate their collections or fortunes so that others can enjoy the rare and beautiful. Most of all, I love the art itself and understand why Ferdinand 'trembled’ when he saw an object of startling quality and originality. Staring into the depths of a beautiful painting is a reminder of what great art is about: the exploration of the wonder, the glory, the madness and the improbability of life and love.

Hannah Rothschild takes over as chair of the board of the National Gallery in August.