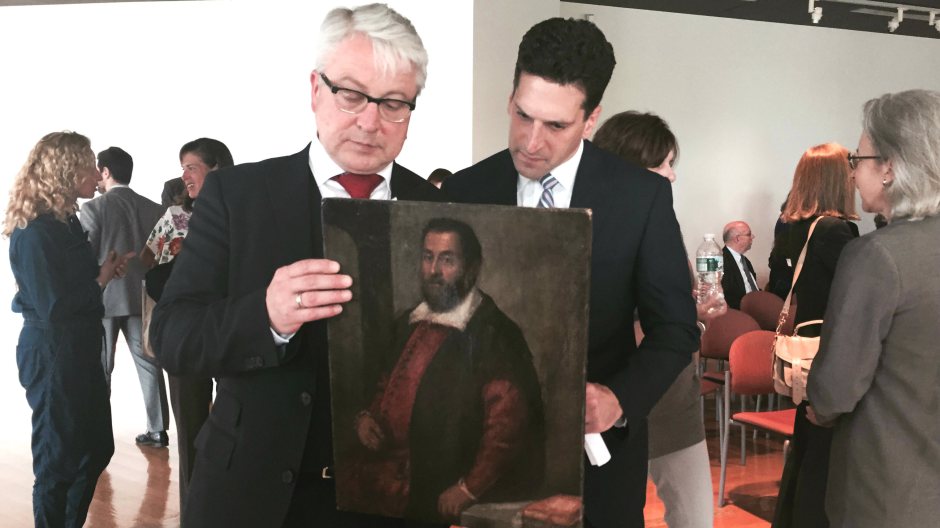 In a room with a direct view of the Statue of Liberty, a 17th century painting stolen by the Nazis was returned to its rightful owner today during a well-attended ceremony held at the Museum of Jewish Heritage in downtown Manhattan. “Portrait of a Man,” attributed to the workshop of the Late Renaissance Italian painter Giovanni Battista Moroni, belonged to Dr. August Liebmann Mayer, a renowned art historian and curator who worked at the Bavarian State Paintings Collection and the University of Munich. The painting has been in storage at the Louvre Museum in Paris since 1951. 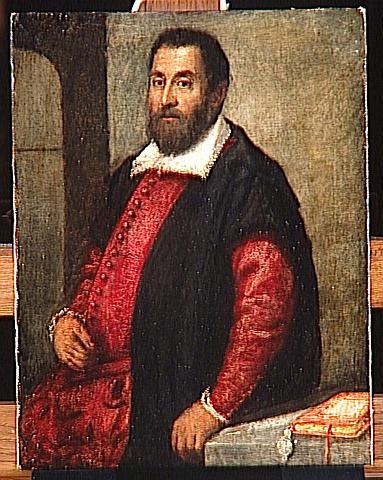 The painting itself is a copy, presumably by one of Moroni’s followers. It’s a rather crude approximation of the fine original portrait of the politician and diplomat Jacopo Foscarini, now in the Museum of Fine Arts in Budapest.