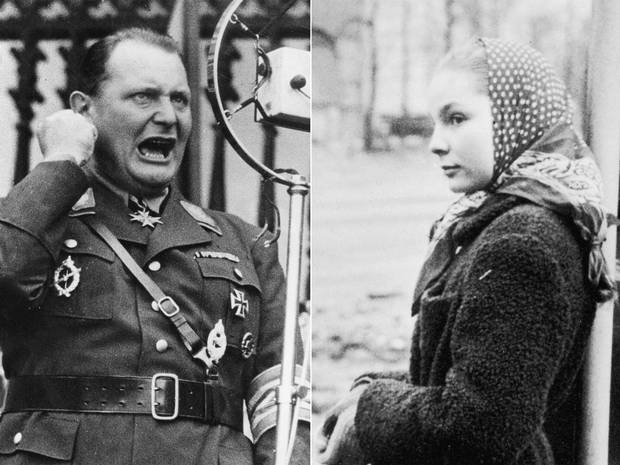 Hermann Goering’s daughter has failed in another petition to the Bavarian state to return some of her father’s possessions confiscated after the Second World War.

Edda Goering, Adolf Hitler’s goddaughter, had requested a legal committee to return some of the possession looted by the deputy Nazi leader during the expansion of the fascist regime across Europe.

It is believed that Ms Goering, 76, did not ask for everything back but instead enough for a “subsistence living”.

The Bavarian parliament’s Legal Affairs Committee for compensation rejected her hearing for compensation for her “father’s legacy expropriated in the year 1948” after a period of consideration apparently lasting just a few minutes. 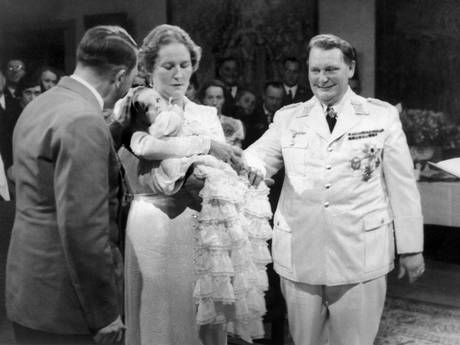 Edda at her christening with her parents, Emmy and Hermann Goering, and Adolf Hitler

Goering, who killed himself shortly before he was due to be executed for war crimes after being convicted at the Nuremberg trials, was infamous for plundering private and public art collections as the Nazi conquered swathes of Europe.

His collection, numbering thousands of pieces, was believed to be valued at approximately $200 million.

Ms Goering, from the Lutwaffe head’s second marriage, to the actress Emmy Sonnemann, attempted in the sixties to have a painting – looted by her father and presented to her at birth – returned. That petition also failed.