When it comes to Nazi-looted art, there are still many works in dispute. 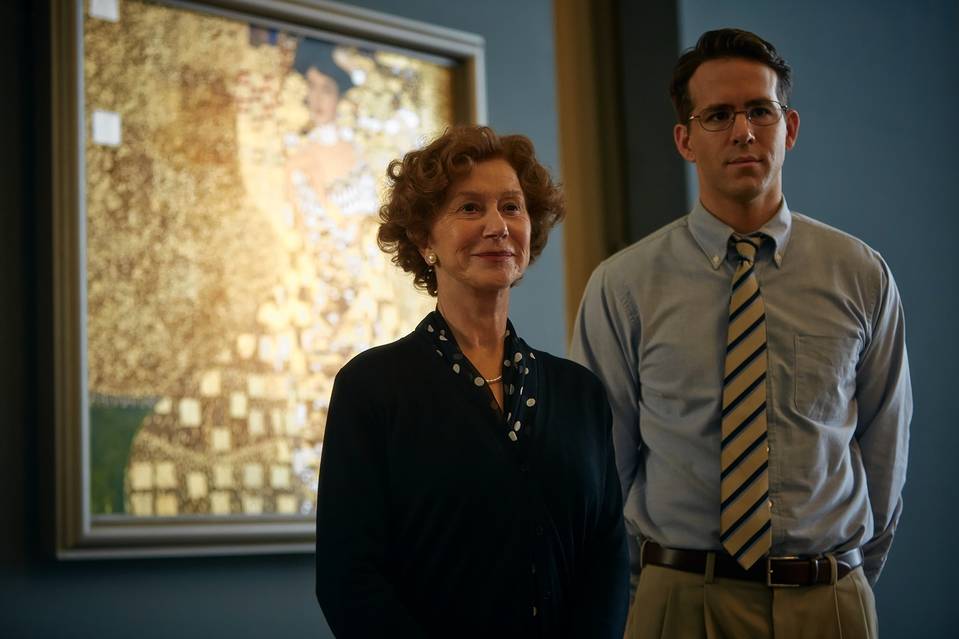 Helen Mirren and Ryan Reynolds, with ‘Portrait of Adele Bloch-Bauer I’ behind them, in ‘Woman in Gold.’

The elderly gentleman walked into the back of his gallery and brought out two paintings by Gustav Klimt and Egon Schiele. As we looked at them together, he apologized and explained that these were all he had left from his collection. “All the rest,” he told me with a sigh, “had been taken away.”

In my 14-year-old naiveté I asked, “Why would anyone take your art away from you?” The dealer flashed an understanding smile, and then he explained in detail who took his paintings and why.

The year was 1958 and I had wandered into an art gallery in midtown Manhattan owned by a German-Jewish refugee. That was the first time I learned about what was probably the greatest art theft in history.

From the moment the Nazis took power in 1933, they began the systematic plunder of Jewish possessions. The Jewish patrons of modern art in the early 20th century were first denigrated by the Nazi hierarchy, even as the top Nazis competed with each other to grab as much of the loot as possible for themselves. But there was a method to their evil: The Nazis first had to dehumanize this culture in order to ultimately murder the Jewish people.

After the war and the chaos of putting a continent back together, many of the finest works found their way into private collections and state museums. At that point various governments then set up complicated legal barriers to keep families and heirs from reclaiming their possessions. They were, in effect, continuing what Hitler had started.

In 1987, when I served as U.S. Ambassador to Austria, I was taken to the Mauerbach Monastery outside of Vienna, which had been used as a storage depot for stolen art after the war. I will always remember seeing the piles of empty frames with their pictures removed long ago. Where did they go? That room, with its haunting aura of absence, sent a shiver down my spine. That was when I became involved in the fight to get back the property that was stolen from Jews and then stolen again by otherwise responsible governments.

With the recent opening of the film “Woman in Gold,” starring Helen Mirren, audiences can learn about the second half of the Nazi-looted art story—the postwar art grab by governments and museums that willfully continued the Nazi theft by first hiding the art from the legal owners and heirs, and then fighting them in court to keep it.

At the heart of “Woman in Gold” is Klimt’s magnificent painting the “Portrait of Adele Bloch-Bauer I” (1907). The film tells the long and painful story of the family that owned the picture, what the Nazis did to them, and how the Austrian government then spent years fighting the family’s legal heir, Maria Altmann, to keep the painting at the Belvedere in Vienna.

Mrs. Altmann finally got her painting back, and today the portrait of Adele Bloch-Bauer hangs in the Neue Galerie, my museum in New York dedicated to German and Austrian Expressionist art created between 1890 and 1940. These works were by many of the same painters who were labeled degenerate by the Nazis. This particular painting is the Mona Lisa of our museum, but to understand the difficult route it took to get there . . . well, you will have to see the movie.

Yet, the positive outcome of Maria Altmann’s battle notwithstanding, the matter of Nazi-looted art is far from over. Some governments and museums still continue to fight heirs, and works with contested provenance keep turning up.

In early 2012, over 1,000 unframed works of art were discovered in the disheveled home of Cornelius Gurlitt in Munich. This attracted world-wide attention because Gurlitt’s father had been one of the Nazis’ chosen art dealers during the war. All of these art dealers personally gained from their positions. And then there was Gurlitt’s defiant quote in a November 2013 interview in Der Spiegel: “I’m giving nothing back.” He has since died, and the paintings are being carefully researched to find the rightful owners.

There are works throughout Europe that are in dispute. I urge museums that still hold looted art to open their books and make a greater effort to return paintings to their rightful owners.

The continuing problem is hardly a European phenomenon alone. Here in the U.S., the Norton Simon Museum in Pasadena and the University of Oklahoma have been fighting the heirs to two paintings for years on technical grounds. Their contention is, basically, that the clock has run out on these cases.

The crimes of the Nazis were unique. Seventy years after the end of World War II, there is a moral obligation for museums and countries to do the right thing. These families have waited long enough.