Some 400 masterpieces by Matisse, Picasso, Cocteau, Chagall and others were rescued from Nazi-occupied France only to be locked up in Belgrade pending endless litigation. 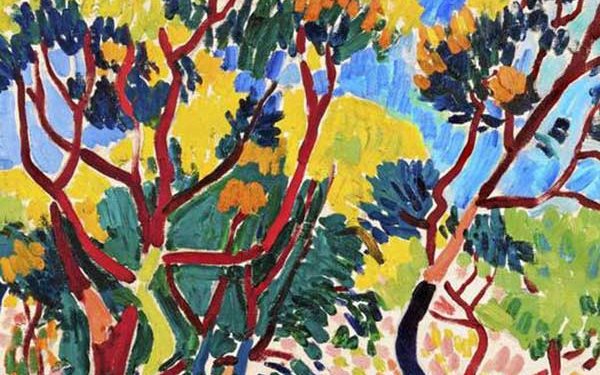 BELGRADE—Erich Slomovic, whose name has been all but lost to the international art scene, left behind a spectacular legacy after he was murdered at age 27 in the Holocaust: an art collection valued at $100 million.

Slomovic's 400-odd pieces of Impressionist and Post-Impressionist works, by the likes of Picasso, Matisse, Bonnard, Cocteau, Chagall, and others, survived Hitler's brutal Operation Punishment and occupation of Yugoslavia. Peasants stored the collection behind a false wall during the war and it remained safe even when Slomovic was arrested and killed by the Nazis.  Later, the artworks were miraculously rescued from a muddy field in central Serbia after a freak collision with a Bulgarian troop train killed Slomovic’s relatives as they headed to Belgrade with the treasure.

But after defying the odds of war, the horrors of the Holocaust, the double-dealing of secret agents, Communism, and the 1999 NATO bombing of Belgrade, it’s now beginning to look as though the collection may never again see the light of day.

It lies hidden in the bowels of Belgrade's National Museum, which has been closed for renovations for 13 years and shows no signs of reopening. And now a proposed new law intended to compensate members of Serbia’s Jewish community for their wartime suffering may, ironically, destroy the precious legacy of a Holocaust victim.

Slomovic, a young prodigy who came to Paris in 1935 at age 20 and became a protégé of legendary art dealer Ambroise Vollard, managed in four or five years to amass a trove of about 600 priceless artworks. And he had one dream: to show that extraordinary collection to the world.  But the provenance of Slomovic's collection has been vigorously called into question since his death, particularly by the heirs of Ambroise Vollard, who have claimed his artworks for themselves. 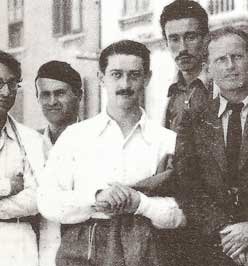 As Slomovic fled Paris shortly before the Nazis invaded France, he placed about 190 artworks into a bank vault in the French capital for safekeeping. He packed up the rest of his collection and, with the help of the Yugoslav Embassy, managed to cross Axis territory and get his paintings safely to Belgrade. Two years later, he was dead.

In 1981, the French bank announced that it was auctioning off the contents of the vault for nonpayment of fees, and all hell broke loose. Not only did Slomovic's distant relations—now living in Israel and America—try to block the sale, but the powerful heirs of Ambroise Vollard also joined the fray, claiming that Erich had been an adventurer who had stolen the works from their dead relative. After nearly 30 years in the courts, their version of events eventually prevailed.

The Vollard heirs contended that Erich Slomovic was nothing more than an opportunistic stamp collector who joined forces with unsavory art dealer Martin Fabiani to spirit away hundreds of pieces of art from Vollard's gallery after Vollard's death in a car accident. They insisted that the many photographs of Slomovic with famous artists, along with the books and prints those artists had inscribed to him, had all been acquired after Vollard died. Most important, they managed to convince the French court that an undistinguished young Jew from the Balkans simply didn’t have it in him to amass such an extraordinary collection.

The one piece of evidence that would certainly have turned the trial around for Erich’s heirs was never introduced, because nobody knew about it: It had been stolen from his collection in 1948. It is the personal notebook that Slomovic carried with him from 1933 until his death, and its 132 pages are filled with original drawings by Serbian artists as well as by giants such as Matisse, Picasso, Cocteau, Klee, Chagall, and others. It clearly documents the long-running dedication of its owner to art and art collecting.

Slomovic’s notebook has been passed from one unscrupulous owner to another since it surfaced in the late 1980s. A publisher of high-quality art books in Serbia briefly had it in his possession when it was for sale recently on the black market. He scanned all 132 pages, and showed them to us.

But while the notebook might remove the cloud that has hung over Slomovic since the French court case, it won’t necessarily help to keep his collection together. Serbia’s proposed new Holocaust restitution law could soon force the government to sell off the artworks.

Holocaust compensation is particularly complex in Serbia, where Jewish property seized by the Nazis was later nationalized by Yugoslav Communists. Ruben Fuks, head of the Jewish Community of Serbia, says that during the country’s recent embrace of capitalism, nationalized property was simply sold off to the highest bidder. “The logical order of things was skipped over,” he laments, “and privatization took place instead of restitution.” 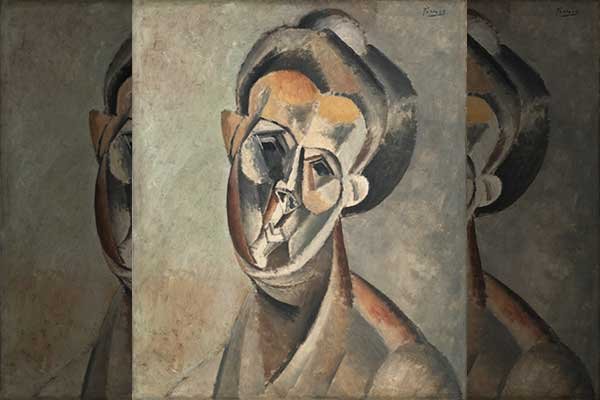 This new law is meant to address that very issue, with each person in Serbia’s 2,000-member Jewish community set to be awarded an equal share of the total value of prewar Jewish holdings that were abandoned by their owners. If the Slomovic Collection is deemed to fall into that category, experts in Belgrade agree that it will most likely have to be sold in order to fund restitution efforts.

“It is inconceivable that Serbia could find the cash to make these payments,” said Dušan Mrđenović, a publisher and legal scholar who has had extensive dealings with the National Museum in Belgrade.

The actual value of the artworks can only be estimated, but when Slomovic’s 190 works from the French vault were auctioned off in 2010, they earned around $30,000,000. Impressionist and Post-Impressionist art has risen sharply in value since then, and Belgrade holds more than twice as many pieces as were sold in the 2010 auction. Besides which, according to the Royal Academy of Art’s Ann Dumas, a recognized expert on Ambroise Vollard, “the collection in the Belgrade Museum is superior to what was at the Sotheby’s sale.”

There’s still a chance that the Slomovic art will not be classified as abandoned, says Belgrade lawyer Mara Jankovic, who insists that the property has legitimate heirs. A ruling in support of her contention would exempt the collection from the new law, but it would nevertheless be devastating for Serbia and for Slomovic’s legacy.

Jankovic represents some of the heirs of Ambroise Vollard, who were awarded most of the proceeds from the 2010 Sotheby’s sale and who continue to denigrate Erich Slomovic’s character. Since the sale, those heirs have quarreled and splintered but remain tenacious in their resolve to claim the collection for themselves.

And then, of course, there are Slomovic’s heirs. It stands to reason that they would stake a claim this time around, as well.

All in all, it is becoming less and less likely that the Slomovic Collection will ever be exhibited in the National Museum of Serbia or anywhere else. And according to Irina Subotic, the museum’s former curator of foreign art, that is nothing short of a tragedy. The collection, she writes, “is a reflection of the collector’s taste, spirit, knowledge, and, above all, his passion for the art of creation. What it offers as an integral collection is infinitely more important than the monetary value of its individual pieces.”

Dismantling an art collection may seem like a small injustice against the backdrop of the greater horrors of Nazism. But it would represent one final, dehumanizing indignity to the memory of an idealistic young victim of the Holocaust.